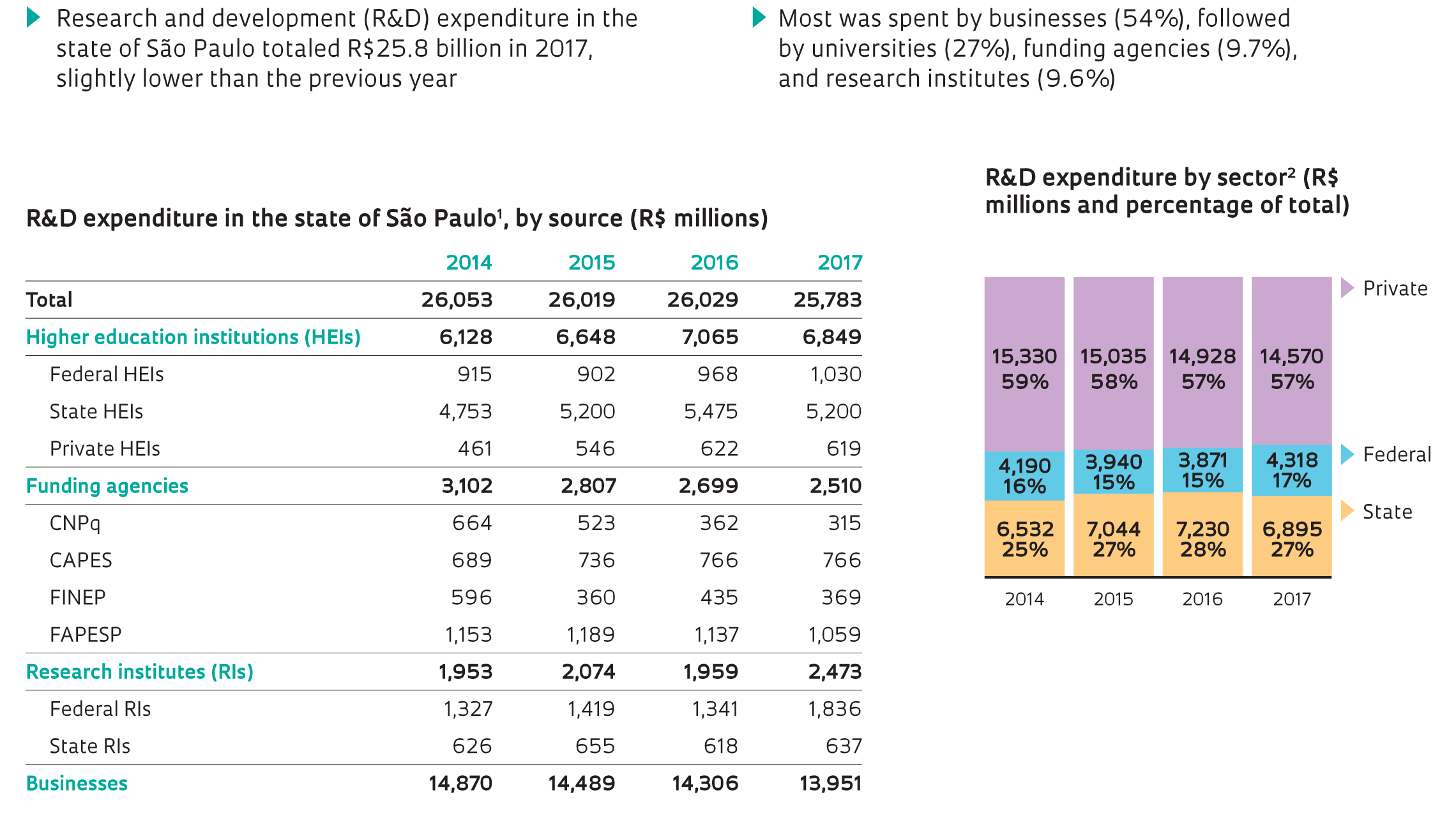 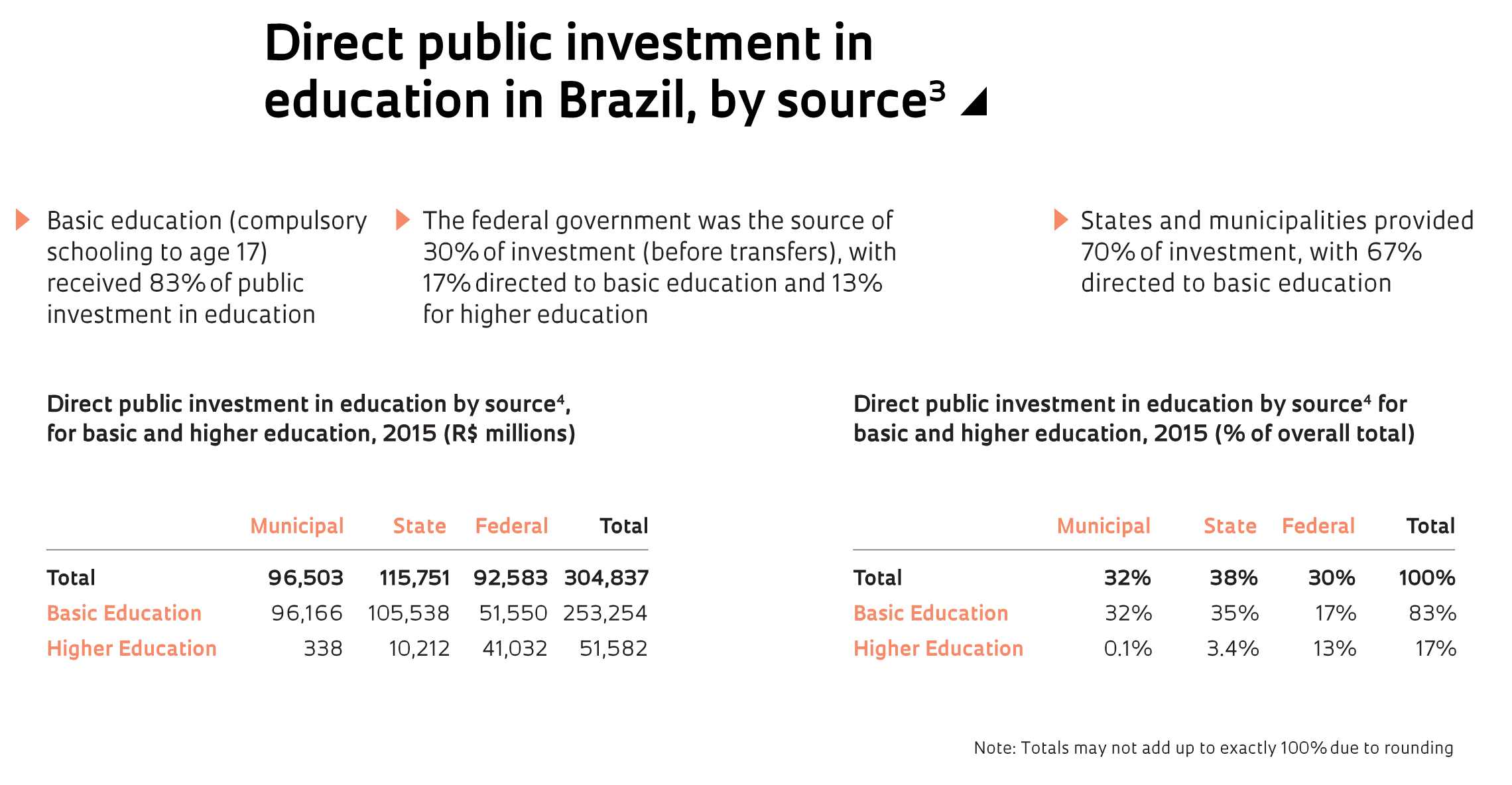 1 This table is different from the one published in the FAPESP Activities Report 2017 due to new 2017 data available from CAPES.  2 The private sector includes companies and private higher education institutions.  3 Direct public investments are those made by government bodies and used in the public sector (republished from issue 274, December 2018, including percentages of total expenditure).  4 Before federal grants (via FUNDEB and others).  Sources of R&D expenditure – PINTEC, FAPESP, Higher Education Census/INEP/MEC. Interpreted by the FAPESP ST&I Indicators team. Methodology: Chap. 3, ST&I Indicators São Paulo, 2010, FAPESP. Public investment in education: National Accounts/IBGE, INEP/MEC, and Education at a Glance/OECD. Interpreted by the FAPESP ST&I Indicators team.