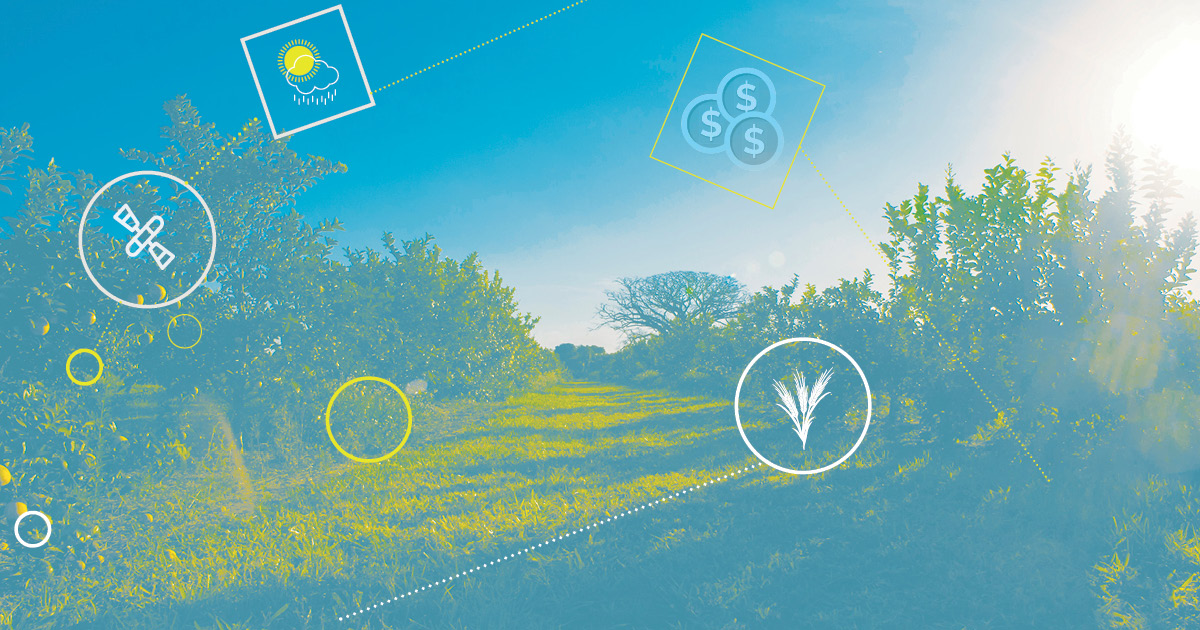 The São Paulo Innovation Fund (FIP), which invests in early-stage companies in the state of São Paulo, has entered its second stage of activity after dedicating its first years to analyzing more than 1,600 business opportunities before selecting a portfolio of 20 startups. The fund managers will now focus on helping to run the supported companies and stimulating growth, with the aim of later selling their stake, which is on average 35% of the capital of each business. The fund will close in December 2021, and the target is to quadruple its investment. “R$105 million is being invested. Our goal is a return of R$420 million,” says Francisco Jardim, one of the founding partners of SP Ventures, the company that manages the fund.

The investment is expected to give an average annual return of 35%, although the results will not be uniform over time and will largely come in the later stages. According to Jardim, roughly one-third of the selected companies will fail. “Around a third of the companies will make a loss. Another third will give a low return of only slightly more than the capital originally invested. And from the final third, we expect an extraordinary performance, multiplying the investment by between 5 and 30 times,” he explains. This failure rate is natural and expected, says Jardim. “Risk often results in failure, but it is also what enables some companies to be so successful.” One of the startups in the fund’s portfolio, SmartBill, was selected in 2014 and has already been sold.

The fund’s capital comes from funding agencies working in science, technology, and innovation, such as Desenvolve SP, which is run by the state of São Paulo and has invested R$25 million, the Brazilian Funding Authority for Studies and Projects (FINEP), which contributed R$20 million, and FAPESP, which invested R$10 million. Other contributions came from the Development Bank of Latin America (CAF) with R$20 million, private fund manager Jive Investments, with R$20 million, and the Brazilian Support Service for Micro and Small Businesses (SEBRAE) with R$10 million. The FIP aims to do more than just make money on its investments. Because a large proportion of the fund comes from public resources, there is also an interest in developing local innovation ecosystems and stimulating new business in São Paulo. In the city of Piracicaba, SP Ventures created an agribusiness startup accelerator called Pulse Hub in collaboration with Raízen, which is a joint venture between Cosan and Shell, and is currently the world’s largest producer and exporter of sugar and ethanol. It is also partnered with another similar initiative in the city, called Innovation Plant. Five companies have already based themselves in or benefited from these shared spaces.

The FIP was established in 2013, and one of its biggest challenges was selecting investment targets during an economic recession. Due to the hostile economic environment, the fund decided to change its investment profile. The initial idea was for agribusiness technology companies to account for 30% to 50% of the portfolio, while sectors such as IT, health, and new materials would make up the rest. But in 2016, fund managers decided to focus more on agriculture and increased the fund’s proportion of investment in agribusiness technology companies to 73%. “Agribusiness is going through a digital revolution and we have identified the field as offering the greatest potential return. Brazil has a huge domestic market in this sector and an aggressive trend of adopting new technologies. In 2017, agribusiness grew 13% in Brazil, while the industrial and service sectors remained unchanged. We concluded that the convergence between agribusiness and technology was relatively immune to the country’s macroeconomic turbulence,” says Francisco Jardim.

Despite the difficult economic landscape, investments in Brazilian startups by venture capital funds grew significantly in 2017 over the previous year. According to startup accelerator ACE, venture capital investment in the country reached R$2.18 billion last year, comprising R$2.054 billion in foreign investment and R$131 million from within Brazil. In 2016, the total was R$1.4 billion, and in 2013, it was just R$256 million (see graph). Data was obtained from the Crunchbase commercial information platform. According to Guilherme Lima, ACE’s portfolio manager, the recent growth is linked to the emergence in the first quarter of 2018 of NuBank and 99 as Brazil’s first unicorns (companies valued at more than US$1 billion before going public), as well as initial public offerings of technology companies such as PagSeguro, NetShoes, and Banco Inter. “Brazil leads the way in terms of VC investment in Latin America,” Lima wrote on ACE’s website. According to Crunchbase, Brazil accounted for 76% of VC investment in Latin America in 2017—Colombia was second with 14.1% and Mexico third with 7.5%.

In 2017, the FIP selected seven new startups to complete its portfolio, from areas such as cloud management systems for farms, microbiological products, soil analysis, agricultural management, and a FinTech company that records and manages finances for agricultural businesses. Of the companies already receiving funding, three were deemed especially promising and were rewarded with a new round of investment. Agrosmart, which received R$2.5 million in 2015, was given a further R$7 million. Founded in 2014, the company was incubated at the Luiz de Queiroz School of Agriculture at the University of São Paulo (ESALQ-USP) in Piracicaba and is now based in Campinas. It develops software and technological services designed to collect and analyze data at agricultural companies, to monitor the local climate and recommend irrigation and pesticide strategies, as well as highlighting disease risks. It already has several large clients, such as Syngenta, Raízen, Coca-Cola, and DuPont. The company was invited to take part in NASA’s technology transfer program and also participated in Google’s accelerator. According to Francisco Jardim of SP Ventures, the major challenge faced by the company is the lack of connectivity in the field. “But the potential shown by the team, as well as the market opportunity, convinced us that the company has a high chance of becoming the first major success for Brazilian agro-technology,” he says.

PROMIP Integrated Pest Management, which received R$4 million in 2014, was recently given a further R$9 million. The investment risk is considered low because the company is already so well established—it has a head office in Limeira, a branch in Conchal, and a factory in Engenheiro Coelho, in the state of São Paulo, with 100 employees—and operates in a growing market. PROMIP sells five biopesticides. Its first two products, which contain predatory mites that attack pests, were developed with funding from the FAPESP Technological Innovation in Small Businesses (PIPE) program, when the startup was still based at the ESALQ-USP incubator. It has received funding from PIPE for seven projects to date. “Our aim is to provide a return of 20 times the capital invested, which should be achievable given the high growth potential of the two fronts we are working on: the sale of biological products to farmers and the provision of services to large agribusinesses,” explains Marcelo Poletti, who founded PROMIP with two partners in 2006 after completing a PhD in entomology at ESALQ-USP. The FIP’s investment portfolio also includes other companies previously supported by PIPE. One of them is Nexxto, founded in São Paulo in 2010, which produces tools that use the internet of things, including a system that monitors the temperature and humidity of perishable-food storage equipment, such as freezers, refrigerated counters, and cold stores (see Pesquisa FAPESP issue no. 271). Another example is livestock reproduction company Inprenha Biotecnologia, from Jaboticabal, which has developed a method for increasing the success rate of artificial breeding techniques.

Aegro, which creates cloud-based financial planning and agricultural management software, saw its FIP investment rise from R$2.2 million to R$6 million. Founded by four computer scientists from the state of Rio Grande do Sul, the company has offices in Porto Alegre and Piracicaba. The software is accessed via the internet on computers and cell phones, and helps farmers with crop planning, budget control, fertilizer and pesticide schedules, profitability analysis, and more. Aegro already has 500 subscribers and is hoping to reach 1,500 customers next year. “Economic decisions take up a huge amount of time for agricultural producers. We have created a much simpler application than traditional management software, which allows farmers to assess the performance of their business and make decisions faster,” says Pedro Martins Dusso, Aegro’s executive director.

The FIP believes the company has a high growth potential without needing to rely on a sales force going out in search of customers—sales are made by telephone. Other companies supported by the fund also offer solutions that integrate data science with agribusiness. Agronow, based in São José dos Campos, has created an algorithm that provides details about future harvests with up to 95% certainty—and it does so months in advance. The technology combines data from a database, numerous variables, and satellite imagery, and had previously been used by the company’s partners in consulting services.

The total FIP investment of R$4 million allowed them to transform the tool into a commercial product. “At first, our plan was to sell the solution solely to farmers, but we soon identified other target audiences looking for new ways to assess the risks of credit operations in agriculture, such as banks, insurance companies, and credit analysts,” says Walkiria Sassaki, a partner at Agronow. Company founder Antônio Morelli, a biologist with a master’s degree in agrarian sciences from ESALQ-USP, brought in Rafael Coelho—who was already an angel investor in the company—as chief executive to allow himself to move away from managing the business and dedicate his time to improving the algorithm.

The work of the São Paulo Innovation Fund is supported by eight analysts. The time to choose promising startups has passed. The job now is to ensure the achievement and consolidation of good results. “We will now dedicate our time to supporting the companies in our portfolio. We are on all of their boards of directors, we help hire the talent needed for the business to grow and try to raise more private funding,” explains Francisco Jardim. “We talk to the entrepreneurs all the time via WhatsApp, we visit every fortnight, and hold monthly meetings. We participate as partners in the daily activities of these startups.”