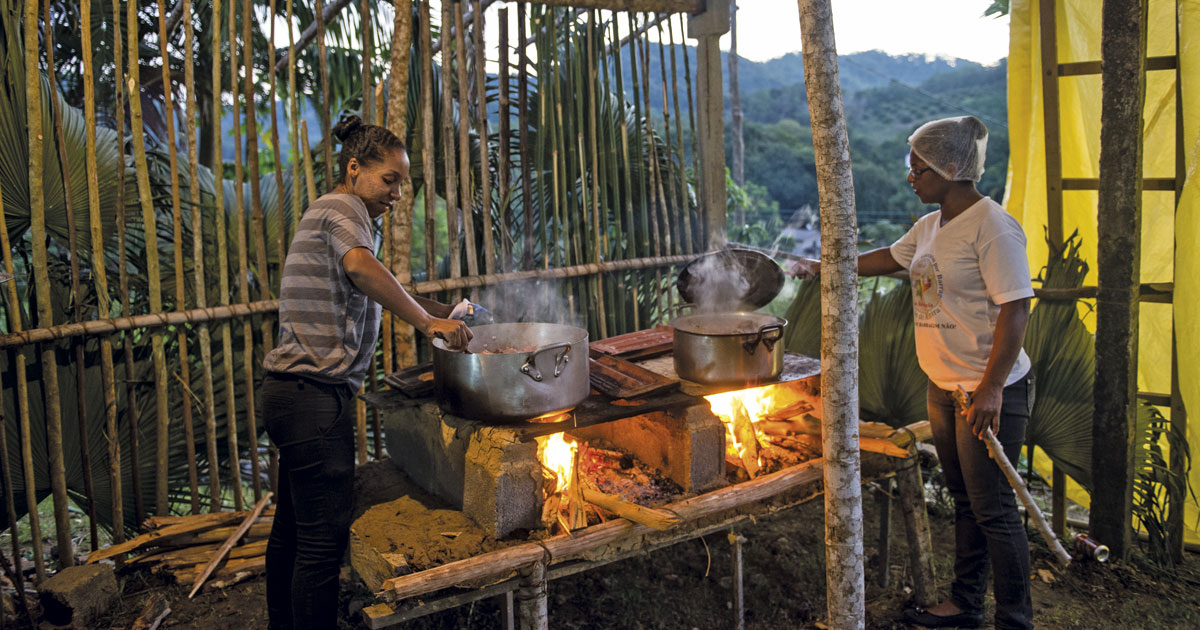 Some 2.7 billion people worldwide cook on wood or coal stoves

A review article published in the journal Environmental Research Letters in February 2018 argues in favor of replacing household stoves that run on biofuel (firewood or coal) with ones that use liquefied petroleum gas (LPG). The paper was written by physicist José Goldemberg, professor emeritus at the University of São Paulo (USP) and FAPESP president, together with researchers Javier Martinez-Gomez from SEK International University, Ecuador; Ambuj Sagar from the Indian Institute of Technology, Delhi; and Kirk Smith from the University of California, Berkeley, USA. The authors suggest that using LPG would be an intermediate step preceding the use of stoves that run on electricity or renewable energy. “We have proposed a global innovation prize as a way to motivate the development of a clean-burning, robust, and affordable biomass cookstove,” they write. In Brazil, government subsidies incentivizing the use of LPG began in 1973 and ceased in 2000. As a result, the use of firewood for cooking fell by 65% over three decades, according to the authors of the study (see graph below). By 2014, less than 10 million Brazilians, mainly those living rurally, used wood-burning stoves. In India, a joint program run by the government and oil companies from 2015 to 2017 encouraged roughly 10 million people to exchange their wood-burning stoves for ones that use LPG. An estimated 2.7 billion people worldwide (one in three people) still cook their food in stoves that burn wood or coal, which increase the risk of respiratory and cardiovascular disease and emit greenhouse gases into the atmosphere.