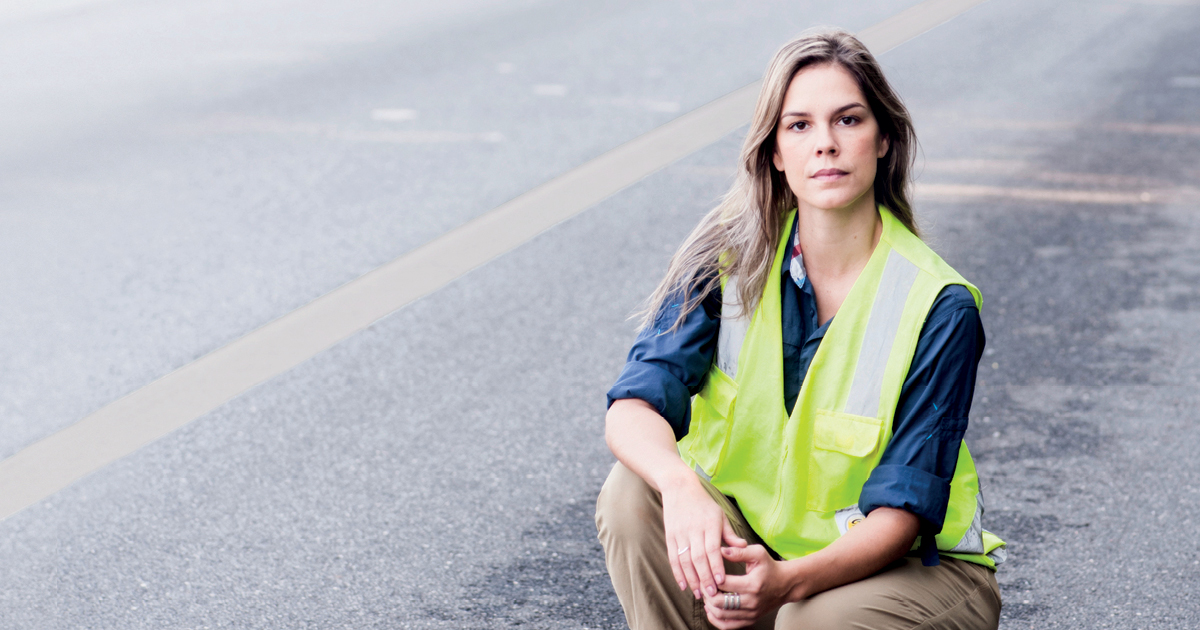 Biologist Fernanda Abra was 27 years old when she decided to create an environmental consultancy focused on managing wildlife around roads, railways, and airports in Brazil. She drew up a proposal and presented it to two friends, and together, they founded ViaFauna. The path to starting her own company began at Universidade do Sagrado Coração in Abra’s hometown of Bauru, São Paulo.

After graduating, she worked in road ecology, a field which studies the effects of roads and highways on local biodiversity. It was during an internship at the Brazilian Institute for the Environment and Renewable Natural Resources (IBAMA) that the biologist discovered her calling. “I was involved in the licensing process for a new road and I was shocked when I saw the data on wild animals killed by road vehicles.”

She decided to investigate the issue further. Her undergraduate thesis led onto a master’s degree, which she defended at the Institute of Biosciences of the University of São Paulo (IB-USP). She developed a system that monitored animal crossings on a highway in the interior of São Paulo State.

Abra ended up becoming an expert in what is still a nascent field in Brazil. “As a result, on the day I defended my dissertation, I was offered a job at an environmental management consultancy for infrastructure projects,” she recalls. The biologist accepted the offer, going on to lead wildlife management projects in the northern stretch of the São Paulo beltway.

Shortly after, she began working as a consultant for the Inter-American Development Bank on two parkway projects in Rio de Janeiro. One of her responsibilities was to evaluate projects designed to allow wildlife to cross the roads safely.

“I realized that this was still an unexplored niche in Brazil,” she says. That was when she began thinking seriously about starting her own company. Founded in July 2014, ViaFauna surveys and monitors wildlife, manages risks to animals and people, and conducts studies to identify species that could potentially cause accidents, as well as measures to prevent them.

At airports, the challenge is to make the surrounding environment unattractive to animals, especially birds, which pose a collision risk to aircraft. “On roads, the strategy is different,” explains Abra. “The most common way to reduce accidents involving animals is to install roadside fences or barriers and to dig passages under the road.”

Between 2005 and 2014, 38,000 medium and large wild mammals were hit on toll roads in the state of São Paulo. Capybaras are the most common victims.

ViaFauna has implemented projects on highways in several Brazilian states. “Most recently, we began working with a railroad in Mato Grosso and Mato Grosso do Sul,” she says.

For her efforts, Abra was granted the 2019 Future For Nature Award, presented by Future For Nature Foundation in Arnhem, the Netherlands. She will receive €50,000, which she will use in other conservation projects she is working on. As well as running her own consultancy, she is also currently doing a PhD at the Luiz de Queiroz School of Agriculture (ESALQ) at USP. She is studying the impact of road construction on mammal communities and the implications on their conservation.