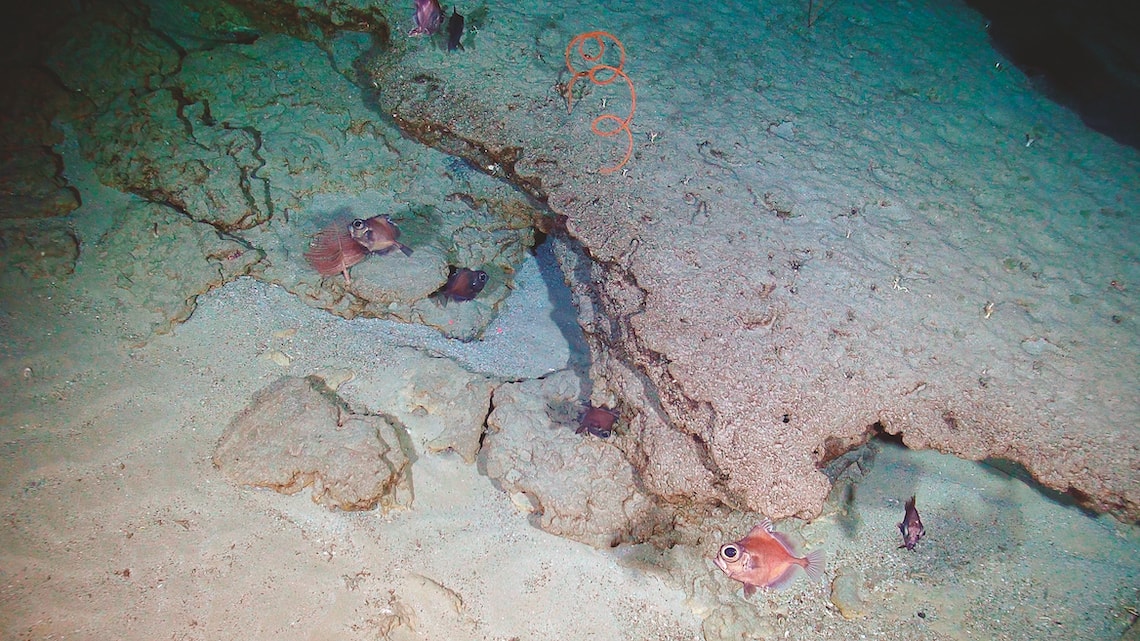 Until it sank into the Atlantic Ocean some 40 million years ago, the Rio Grande Rise, the largest submerged mountain range of the Brazilian continental margin, was most likely an archipelago with geographic features such as those found today along the coast. While on an expedition with the Alpha Crucis research vessel in January and February 2018, a team from the University of São Paulo Oceanographic Institute (IO-USP) mapped the flattened tops of the Rise, and identified stepped terraces with river channels, dunes, caves, and fossil remnants of mangroves. The dredges brought up samples of volcanic rocks, and coral and sponges that grew on the walls of a rift that cuts through the center of the three parts of the Rise. The results of the trip were detailed in an article published in May in the scientific journal Frontiers in Marine Science.

Located 1,300 kilometers (km) from Porto Alegre, and covering about 150,000 square kilometers, an area three times the size of the state of Rio de Janeiro, with depths ranging from 700 to 2,000 meters, the Rio Grande Rise has received more study over recent years because of its economic value. In 2015, the International Seabed Authority (ISA) granted the Geological Survey of Brazil (CPRM), a state-owned company linked to the Ministry of Mines and Energy, a 15-year right to investigate the potential for economic exploitation of the ferromanganese crusts in the Rise’s rock, which is rich in cobalt, nickel, molybdenum, niobium, platinum, titanium, tellurium, and other chemical elements. In a preliminary survey presented at a 2015 congress in Florida, in the United States, CPRM reported identifying 9,729 square kilometers with high reflectance (radiation reflection), indicating the likely presence of ferromanganese crusts. In December 2018, the Brazilian government requested that the United Nations extend the legal boundaries of Brazil’s continental shelf beyond 200 nautical miles (370 km) to include the Rise.

The top of the mountain: The terraced marine steps (left) could result from coastal erosion and the canyon (right) from ancient rivers, which at the top of Rio Grande Rise ranges from 600 to 800 meters deepIO-USP

“We needed technical data to consolidate the Brazilian claim,” says geologist Roberto Ventura Santos, former director of CPRM and a professor at the University of Brasília (UnB). In turn, researchers from public research institutions in Brazil and other countries, such as the United States Geological Survey and Kingston University in the United Kingdom, launched expeditions with the purpose of exploring the region. As a result, the history of the submerged region is gradually being uncovered. What today is a mountain range under the sea must have been part of the supercontinent Gondwana. As a consequence of tectonic processes, and heat from the earth’s interior rising to where the Tristan da Cunha archipelago lies today near the middle of the Atlantic Ocean, Gondwana began to break apart between 146 million and 100 million years ago, forming present-day South America and Africa.

Based on the analysis of ocean floor fractures and tectonic plate movements, CPRM geophysicist Michelle Graça, in a study done at the State University of Rio de Janeiro and the University of Liverpool, England, concluded that up to 80 million years ago the Rio Grande Rise could have been linked to—or at least close to—the Walvis Ridge, a 3,000 km long mountain range 600 km from Namibia, Africa. The movements of the tectonic plates and magma jets from the earth’s interior separated the two elevations and gave them their present features. The Walvis Ridge formed a mountain chain, and the Rio Grande Rise a flat-topped plateau, as detailed in an article published in March in Marine and Petroleum Geology. 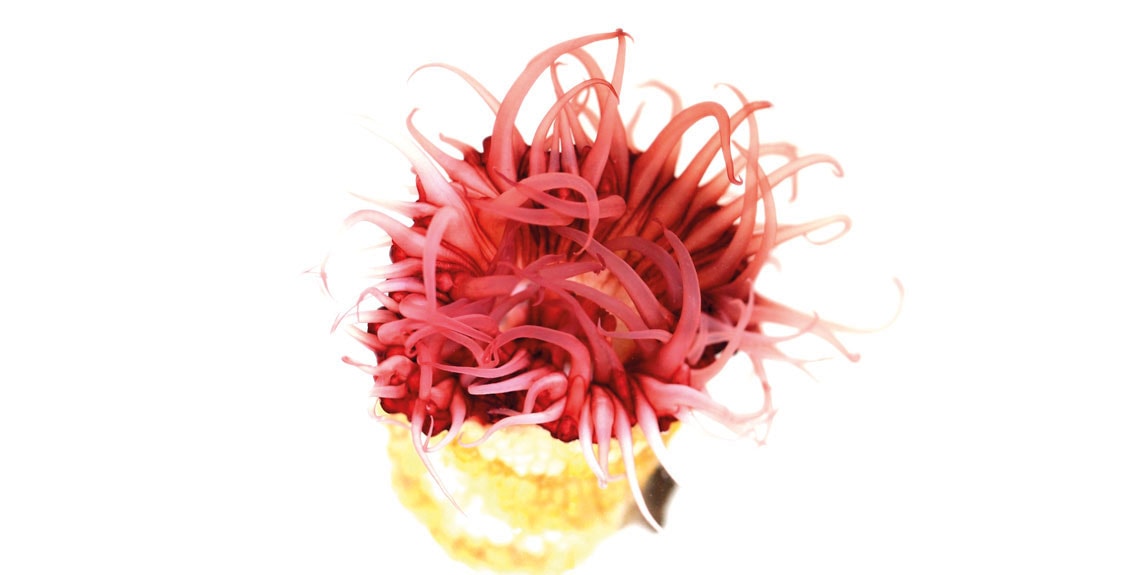 “The two elevations were separated 50 million years ago,” notes Graça. She believes the Rio Grande Rise has stopped forming and, according to recent samples, contains boulders about 83 million to 47 million years old. By contrast, the Walvis Ridge continues to form as a result of rising magma, with rock in the region closest to Tristan da Cunha being from 1 million to 30 million years old, while up to 114 million years old on the Namibian coast.

According to analyses by Santos’s group, published in May in the journal Terra Nova, the elevation’s most recent lava expulsion must have occurred from 44 million to 40 million years ago, when the mountain range was still above sea level. At that time, it began to submerge “probably as a result of the weight of a volcano, the lava, and the movement of tectonic plates, which caused the crust to sink,” observes geologist Luigi Jovane of IO-USP, who was also coordinator of the Alpha Crucis expedition to the region, in collaboration with the British and the Americans. “But we can still see very little,” he notes with frustration. The USP expedition examined only the shallowest part of one of the three rocky masses of the Rio Grande Rise.

Interestingly, the area that the Brazilian government is laying claim to is made up of ancient masses from the current African continent, according to the most recent studies. “The rocks of the Rio Grande Rise belonged to the African side of Gondwana,” Graça states. Santos, from UnB, came to the same conclusion: “The composition and age of the rocks from the Rio Grande Rise that we analyzed are more similar to those of the African continent.” The idea that this mountain range could have been part of Africa emerged in 2011, when CPRM geologists collected granite and gneiss samples up to 2.2 billion years old, older than the rocks of the sea floor, which are a maximum of 240 million years old. The discovery changed the view of this region, which had previously been believed to be the result of ocean floor formation and volcanic eruptions. 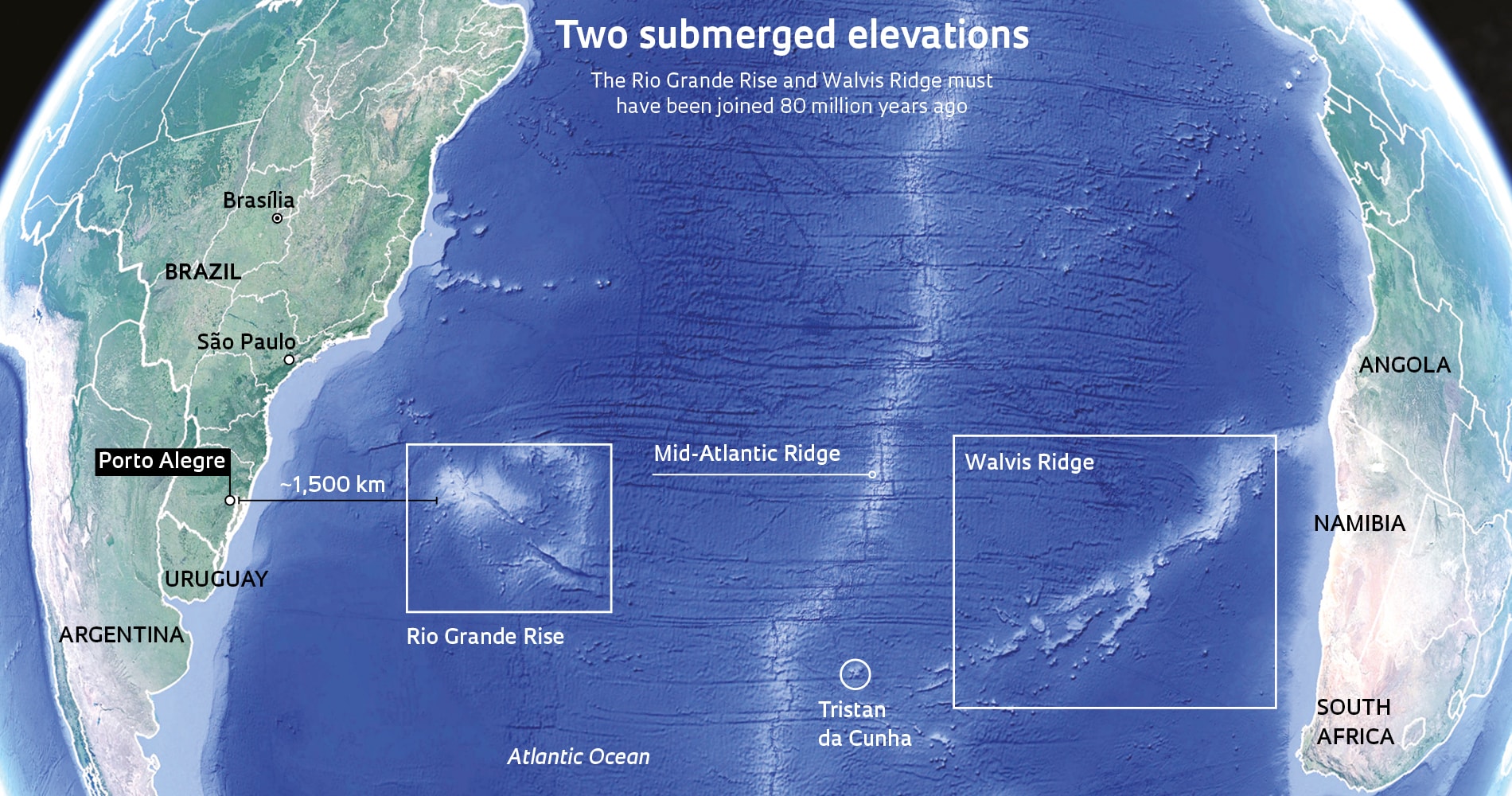 Fragile environment
Two years later, in 2013, Brazilian and Japanese researchers using a deepwater research mini-submarine collected other continental rock samples. Their analysis reinforced the hypothesis that this South Atlantic region could indeed be a piece of the continent that would have been submerged during the separation of South America and Africa. According to Santos, the two elevations may be the missing pieces needed to complete the puzzle regarding the junction of South America and Africa. While the northeast coastline of Brazil fits well with western Africa, the southeast and south do not match up with southern Africa.

“It’s a peculiar ecosystem,” says IO-USP biologist Paulo Sumida, who participated in the expedition to the region. His team found one of the first examples in the South Atlantic of the symbiotic relationship between the sponge Sarostegia oculata and the anemone Thoracactis topsenti, forming coral-like branches. Another of the institute’s biologists, Paulo Corrêa, is describing the region’s biodiversity, which potentially includes new species. It is a fragile environment, “which renews itself very slowly,” notes Sumida. 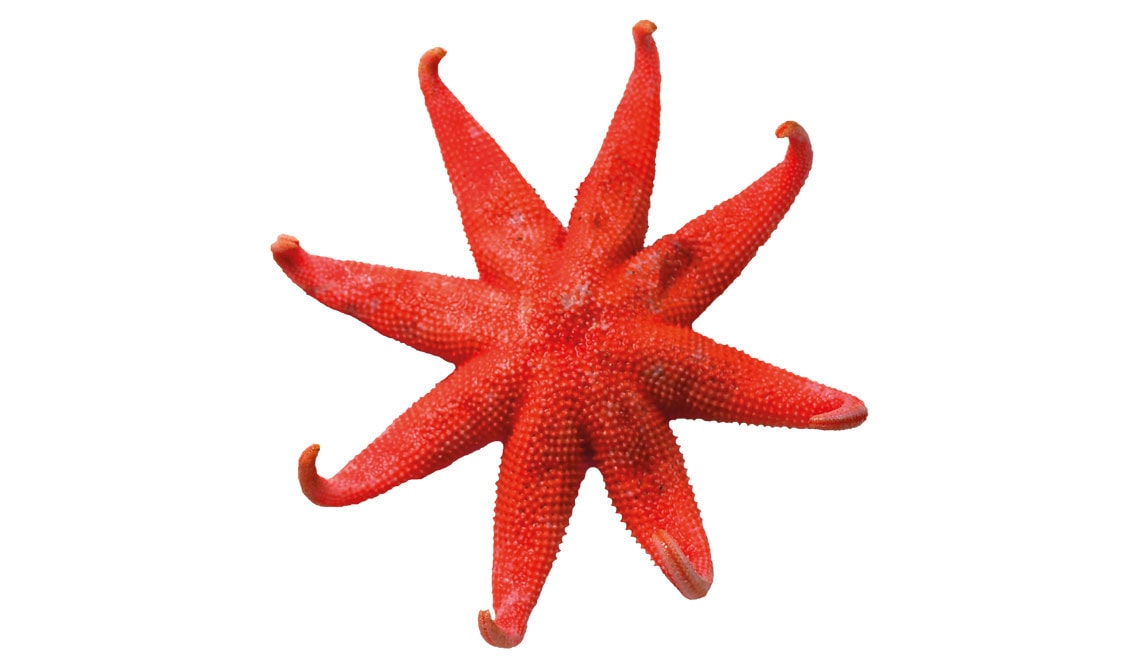 Bacteria capable of producing oxygen from ammonia and sulfate appear to be the main energy sources for the organisms on the Rio Grande Rise, according to IO-USP biologist Vivian Pellizari. “Ferromanganese crusts on rocks harbor their own microbial communities, with lower biological diversity than the nearby sediments,” she says, based on a study by the Institute’s Natascha Bergo, a doctoral student researching the origins of the Rise’s crusts.

The researchers are concerned about the possible impacts of commercial exploitation, although technologies to extract ores from the seabed don’t currently exist. “Many organisms found there reflect life in the oceans millions of years ago when there was no oxygen in the atmosphere,” says IO biologist Frederico Brandini, who noted that the waters above the Rio Grande Rise are poor in nutrients. Sumida adds: “Any intervention could easily bring these organisms to extinction.”