Every year, hundreds of researchers, teachers, students, and staff at higher education institutions around the world are threatened or intimidated. Between September 2017 and August 2018, at least 79 were victims of some form of physical violence or murder. Another 88 were interrogated or imprisoned as a result of their research activities, beliefs, or political engagement in relation to gender, human rights, democracy, and the environment. These figures are from the report Free to think 2018, published by Scholars at Risk, an international network of researchers and institutions founded at the University of Chicago, USA, in 1999 to support and defend the rights and freedoms of academics.

The document is the result of a comprehensive and continuous effort to monitor the threats faced by these professionals. Between September 2017 and August 2018, the organization recorded 294 incidents of violence and intimidation in 47 countries, all carried out in an attempt to silence higher education institutions or researchers. The numbers represent an increase over the previous report, which recorded 257 attacks in 35 countries. The number of violent incidents was highest in countries with a history of armed conflict and human rights violations, such as Afghanistan, Kenya, Pakistan, India, Turkey, and Yemen. There are several cases where authorities have used imprisonment, lawsuits, and other coercive measures to retaliate against or deter the activity of professors, researchers, and students.

In May 2018, state prosecutors in Turkey launched a criminal investigation into Bülent Şik, a researcher at Akdeniz University and an expert on food and public health, in response to a series of articles he published in the newspaper Cumhuriyet about high levels of pesticides, heavy metals, and other pollutants found in agricultural products and water consumed in some cities of the country. In his articles, Şik claimed that the Turkish Ministry of Health had chosen to withhold the results of a study on possible carcinogens detected in cities with disease rates above the national average. Prosecutors accused the researcher of violating the penal code by divulging allegedly confidential information. The authorities are now considering the possibility of bringing terrorism-related charges against him.

Many attacks on the freedom of research are based on unfounded ideological prejudices, says Estevão Martins, from ANPUH

Ode to terror
In many countries, attacks are committed by militias or terrorist groups. In October 2017, gunmen in Kenya ambushed a car carrying students and professors from the Technical University of Mombasa. Two professors died. Local authorities suspect the attack was planned by Islamic terrorist group Harakat al-Shabaab al-Mujahideen. Two months later, armed assailants wearing burqas attacked the Agricultural Training Institute in Peshawar, Pakistan. Nine people were killed and 35 injured. The Pakistani Taliban claimed responsibility for the attack, saying the institute was attacked because of a secret Pakistani intelligence office located on campus—something denied by the authorities.

As well as monitoring researchers working under threats of violence, Scholars at Risk also seeks to help by relocating them to temporary positions at one of 400 partner institutions. “The idea is to give them the environment and infrastructure needed to continue their work,” said Shreya Balhara, director of the Scholars at Risk Protection Services. Last year, the organization relocated 124 academics to foreign research institutions and universities. “We also offer career counseling to help them cope with situations of risk they may encounter when they return home.”

The cases presented in the report represent just a small fraction of the threats faced by academics and higher education institutions. “Many attacks on the freedom of research are based on unfounded ideological prejudices and carried out by groups of people who believe that certain research topics represent some kind of moral or social decay,” says philosopher and historian Estevão Chaves de Rezende Martins, a professor at the University of Brasília (UnB) and secretary general of the Brazilian National History Association (ANPUH).

In Brazil, Scholars at Risk reported on the case of an anonymous letter slipped under the door of the student representation office at the Federal University of Pará (UFPA) in October 2018. The letter contained a promise to “exterminate” LGBTQ+ and black students, as well as student activists. In November 2017, three professors from the Federal University of Bahia (UFBA) were threatened for conducting research on gender divisions in the workplace. “This is an undesirable and dangerous interference in the autonomy of research, which can only be countered by strengthening the democratic state of law,” says Martins.

Many researchers face situations of risk or become involved in diplomatic disputes during field work. While studying his master’s degree, archaeologist André Strauss, from the Museum of Archaeology and Ethnology at the University of São Paulo (MAE-USP), experienced such a situation on the banks of Lake Turkana, on the border between Kenya and Ethiopia. “The region is marked by ethnic conflicts,” he explains. “We were often stopped at roadblocks or surprised in our camp at night by individuals with AK-47 machine guns demanding to know what we were doing,” he says. “Once, when we realized that one of these groups was approaching, we had to hide one of our Kenyan researchers, who was from a rival ethnic group.”

While studying his PhD in Puerto Vallemí, Paraguay, in 2008, geologist Lucas Warren, now at the Institute of Geosciences and Exact Sciences at São Paulo State University (UNESP), planned an expedition to analyze sedimentary rocks and fossils of the earliest known animals with skeletons. He followed all the recommendations. “The region is rife with land disputes and marijuana farms, so we were advised not to wear anything that could be mistaken for camouflaged clothing, so as not to be confused with the military,” he says. “The team traveled with an interpreter, since the local population largely only speaks Guarani.” 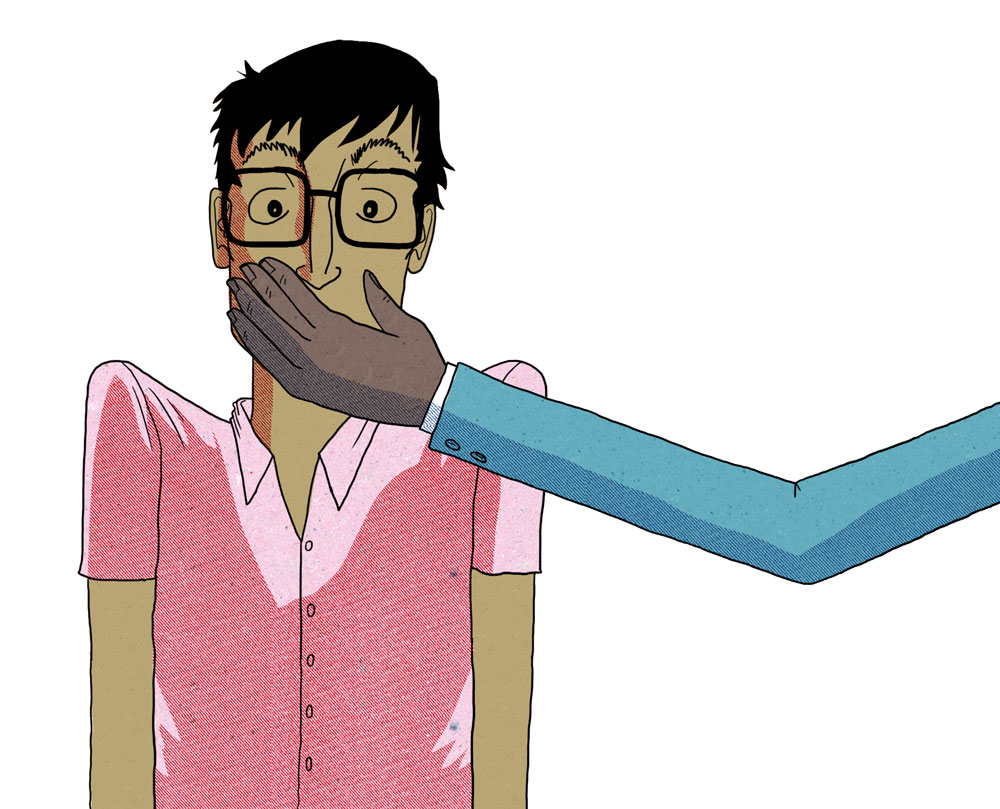 No adverse incidents were recorded and the team returned to Brazil with several rock samples. Years later, however, after publishing an article describing his findings, the Paraguayan government accused the Brazilian of international fossil trafficking. “I was banned from returning to conduct any further research,” he says. At the time, Paraguay was undergoing an institutional crisis, with President Fernando Lugo being removed from office via impeachment. “Brazil refused to recognize the new government, which made it difficult to solve the problem,” Warren recalls. “I had to get in touch with Paraguayan researchers and universities to explain the situation, which was eventually resolved.”

Additional precautions
As a result of such incidents, Vinicius de Carvalho, a professor at the Brazil Institute and the Department of War Studies at King’s College London, UK, says researchers should seek information from consulates on the risks associated with the places that they want to conduct field work. “It is also important to perform a preliminary analysis of the political situation in the country,” explains Carvalho. “It is essential to avoid political discussions in places where you do not know the possible consequences of stating certain opinions.”

As a preventive measure, Carvalho recommends that researchers inform their national embassy in the destination country of their trip, stating what they intend to do and how long they plan to remain there.  “Give the consulate your travel itinerary, work schedule, and details of where you plan to stay. This is a simple step that can make a big difference,” he explains. “For peace of mind, you can also leave contact details for friends and family in your home country.”