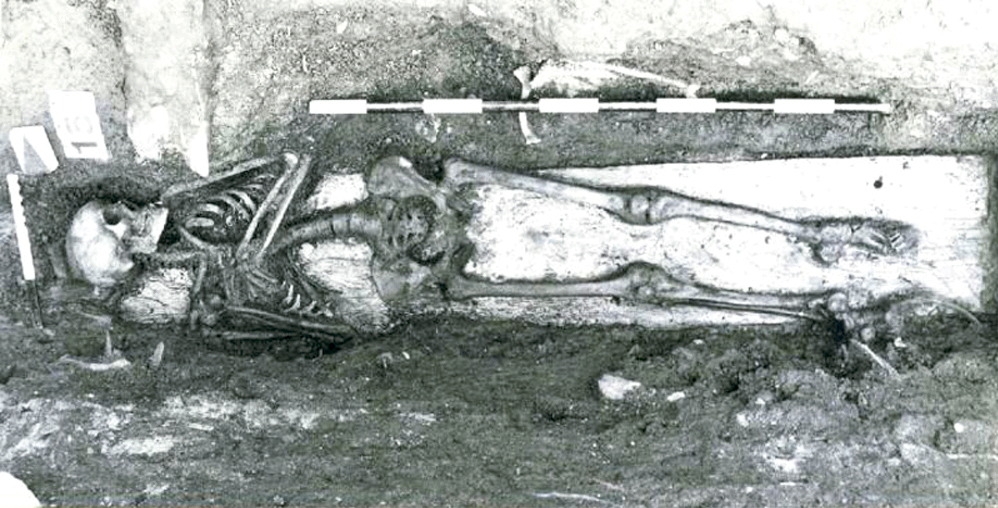 A particularly virulent form of Salmonella, a bacterium that causes enteric fever, has been around for longer than previously thought. Found today in Africa and Southeast Asia, the potent strain caused major problems in Europe in the thirteenth century. A team led by microbiology expert Mark Achtman, a professor at the University of Warwick Medical School, UK, found DNA evidence of Salmonella enterica Paratyphi C in the teeth and bones of an 800-year-old skeleton from the city of Trondheim, Norway. The skeleton is believed to be from a young woman who died at around 20 years of age due to an infection caused by the bacteria. The researchers reconstructed the genome of the strain and compared it to 50,000 modern Salmonella samples. The variety identified in the skeleton shared a common ancestor with Salmonella choleraesuis, which affects pigs and wild boars, and Salmonella typhusuis, found in domestic pigs (Current Biology, July 19). The strain in the skeleton may have arisen 3,000 years ago alongside the domestication of pigs in Europe.