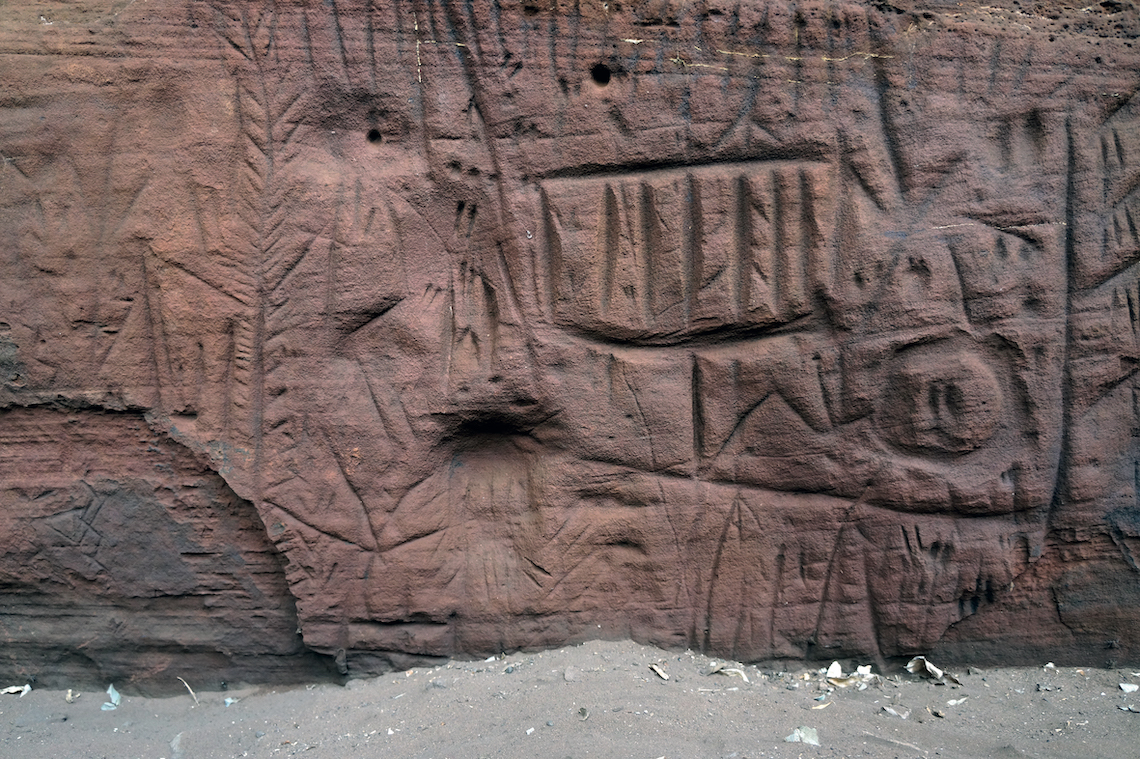 Scientists from the University of São Paulo (USP), the Federal University of Paraná (UFPR), and Campinas University (UNICAMP) working on an exploratory research project that began in 2014 have discovered an 80-meter piece of rock art in Ribeirão Bonito, in the center of São Paulo State. Astolfo Gomes de Mello Araújo, from USP’s Museum of Archaeology and Ethnology and coordinator of the research project, says the rock art panel is the largest ever found in the state. Its engravings are similar in style to ancient works of art found at other archaeological sites in the region, featuring shapes that look like bird footprints known to the researchers as tridigits. Chipped stones, animal bones, and charcoal were also found. The team is working in partnership with the USP Polytechnic School’s Interdisciplinary Center for Interactive Technologies, using laser scanning and other imaging techniques to create virtual models of the sites they have found. In 2015, the researchers discovered the state’s oldest archaeological site in the municipality of Dourado, where some objects were over 12,500 years old.