Articles by authors based in Brazil and São Paulo

In relation to GDP and population 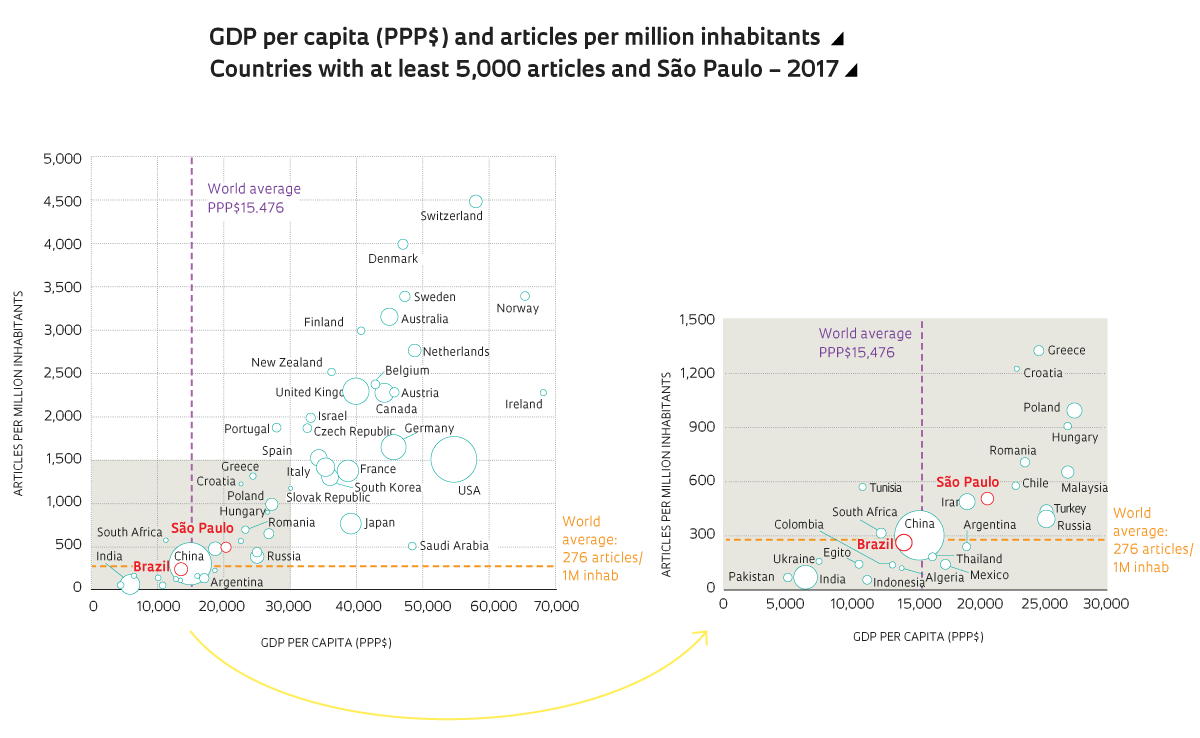