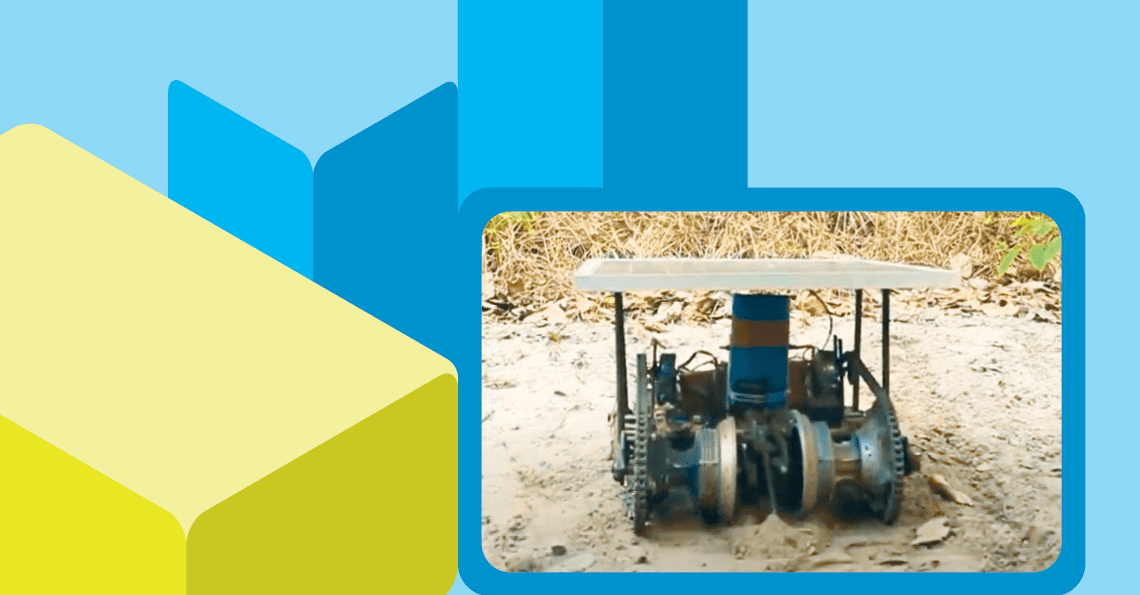 Student Ud Madeiro Pereira (16), who lives on a farm on the outskirts of the city of Cascavel in Ceará, observed that many rural workers living near him had difficulty achieving good productivity when ploughing their fields due to a lack of adequate machinery—the majority did not have the resources to buy or rent tractors or sowers and thus had to plough and plant with their bare hands. A Grade 10 student from the Edson Queiroz State School of Professional Education, Pereira proposes a solution. He developed, in partnership with his classmates Jamilly Lima and Ana Beatriz Fonseca, a small robot with wheels—that runs on solar energy and is controlled by an Arduino automatic platform—capable of running over the soil and applying seeds at a velocity of 3 kilometers per hour. “We built a system that can define the quantity of seeds planted and the distance between them,” says Pereira.

With a cost of about R$3,500, the prototype used scrap metal from cars and motorcycles as well as notebook batteries. It was called Vespertílio, referencing a type of bat known to disperse the fruit seeds it feeds on. Project supervisor, Thayane Rabelo Braga Farias, professor of food engineering and of the farming technical program at the state school, found the idea so interesting that she registered the robot for the Solve for Tomorrow award, a global initiative of Samsung that is focused on public high school students throughout Brazil that create solutions to local problems. The innovations recognized by the award must be the result of scientific experiments or technologies as well as generate real benefit to society.

The robot created by Pereira attracted the attention of the judges’ panel and won first place in the 2020 award selection, announced in November during an online event due to the pandemic. In addition to the top three selected by the judges’ panel, another three were selected by popular vote—all of which were part of the top 10 finalists who received Samsung products, such as notebooks, tablets, and cell phones. “The young people from Cascavel perceived a problem in local work conditions and developed a sustainable piece of machinery, made of recycled materials, such as car and motor parts,” explains Isabel Costa, manager of corporate citizenship for Samsung Brasil. The project had already attracted their attention prior to granting the award. In partnership with friends from his city who are engineers, the student created a company to build the sowing robot in higher volumes. The project was accepted in the selection process for the startup accelerator of the government of Ceará. “We will likely spend several weeks in Fortaleza working on the project and the rest will be done via videoconference,” says Pereira. When asked, he said he does not consider himself too young to be an entrepreneur. “We have a good project, that is both social and sustainable, and that can improve the lives of many people.”

The Solve for Tomorrow award was launched by Samsung in 2010, initially as a pilot project targeting students in the United States. In 2014, the award was brought to Brazil through a partnership with the Center for Studies and Research in Education, Culture and Community Action (CENPEC), a not-for-profit organization with headquarters in São Paulo and which supports the improvement of public education. “Competitions, such as Solve for Tomorrow, have the power to create interest in science and stimulate the use of logical reasoning, which is fundamental for adolescent development,” confirms Ana Cecília Chaves Arruda, coordinator of programs and projects for CENPEC and technical supervisor of the award. 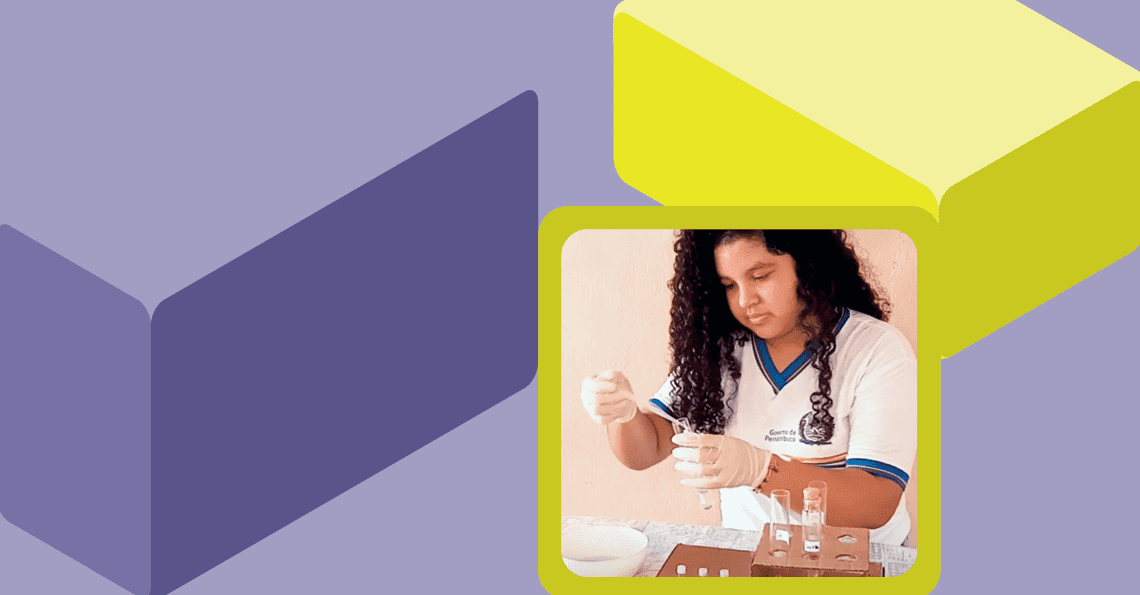 One of the objectives of the initiative is to inspire teachers in the areas of natural sciences, mathematics, and technology who mentor student projects. On the award’s portal, there is a “teacher’s room,” with courses and guidelines to connect projects with the school curriculum. A database of educational techniques, comprised of projects completed in previous editions, also helps to guide students. Samsung even offers the public another free technology education platform, Code IoT, with six online courses about activities and things related to programming and basic electronics, with six weeks of online training.

Last year, students from schools in the Northeast were among the finalists. “It was a coincidence. There are young people with immense capacity in every corner of the country,” confirms Arruda. One of the winners of the popular vote was a project by student Thafynys de Santana Melo of Ipojuca in the interior region of Pernambuco. She and four classmates got together to create a bio-repellent to be used in electric diffusors. “In the region, there are many cases of dengue, zika, and chikungunya—transmitted by insects—and few have the means to buy repellent,” says Thafynys, 16 and a Grade 10 student. “My brother was hospitalized at 13 years of age because of dengue and my family was really scared,” she shares.

After a series of experiments with various plants considered to be natural repellents, such as basil, citronella, and rosemary, the group developed a compound made of cinnamon and mint, which proved to be effective against the mosquito Aedes aegypti, transmitter of dengue, zika, and chikungunya. “By concentrating acids that eliminate mosquito larvae, we decided that cinnamon would be one of the key components of the repellent,” says the student. After various tests, mint was added. The group of students did in vitro tests and, with positive results, developed the product. Now, they are looking for a partner institution to advance the research. As they could not be at school due to the pandemic, the students ran the project from Thafynys’s home, where they built a laboratory with equipment that they developed themselves. The distiller was created using recycled PET bottles, cardboard, and a PVC pipe. The diffusor, where the repellent would be tested, used recycled pop cans. “The students were an example of creativity and dedication,” comments teacher Carlos José de Souza Júnior, who advised the group.

Since 2014, more than 160,000 students and 15,000 teachers from 5,336 schools have already participated in the competition. Applications, which are open only to rural schools and those in indigenous communities, are usually accepted at the beginning of each year. A group of 80 examiners, brought together by CENPEC, monitor the selection process. Each project is evaluated and re-evaluated in the early phases by at least four professionals, including researchers, university professors, and renowned experts. A total of 20 finalists are chosen and receive mentorship from CENPEC. A final round of evaluations identifies the 10 finalists. 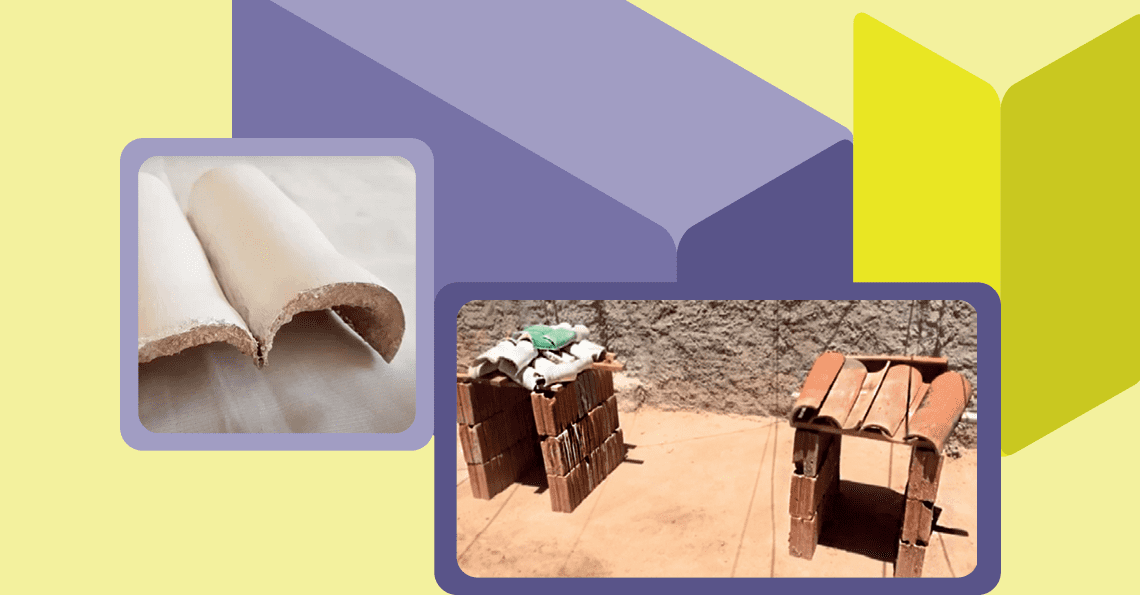 The students that reach this phase must do a video of several minutes in length to present the project clearly and objectively, such as an elevator pitch used by startup founders who try to convince possible investors of the relevance of their invention. “At this point in the process, the objective is not restricted to preparing the students for their professional careers, no matter what that might be,” says Arruda. “For us, it is key that they are able to present innovations in an accessible way for everyone, which requires good organization of thought and language.” In the final phase, a committee of experts and popular vote choose the best projects. “Thus, we make the award even more transparent, and we open up opportunities for the students,” he says.

Other 2020 finalist projects were about topics such as water treatment and waste removal. A group of students from the Federal Institute of Pernambuco in Recife used a material made of graphene to develop a process for the leather industry to remove chemical dyes that pollute the rivers—the project placed third in the selection by the examiners’ panel. “There are very different projects that show the potential of the students,” says Isabel Costa of Samsung.

Competitions such as this activate adolescents’ interest in science and their logical reasoning, says Ana Cecília Arruda, of CENPEC

Student Francisco Fernando Café (18) was also inspired by a problem in his city that gave direction to his project, which won the popular vote. Café is in Grade 11 at the state school Tristão de Barros of Currais Novos in Rio Grande do Norte, which stood out in 2014 when it won the award in its first year. The city of the northeastern sertão (wilderness) has high temperatures throughout most of the year. “Many people suffer from the intense heat,” explains Café. Along with two other students at his school, he created a thermal roof, made of plaster, coconut palms, and sawdust, which was able to cool a room by up to two degrees Celsius more than a regular roof. The material is covered with melted plastic from PET bottles. Everything was done at Café’s home since the students could not be at school. The students built small walls in the backyard to simulate a house. They placed the roof on top. The project was adjusted until it reached the final design, under the direction of chemistry teacher Vanessa Cristina de Medeiros.

“We completed the objective of developing a sustainable roof that is more efficient than those made of clay, which are produced in the region,” says Medeiros. “Clay-based products are not good thermal insulators and create environmental problems, and their fabrication requires the collection and burning of wood to heat the ovens, releasing significant CO2 into the atmosphere,” she explains. Café has not yet decided what post-secondary program he will pursue. His options range from environmental engineering to medicine, and even international relations. “Winning an award is not the most important thing, but rather the opportunity we have to develop scientific projects with supervision and mentorship,” concludes the student.