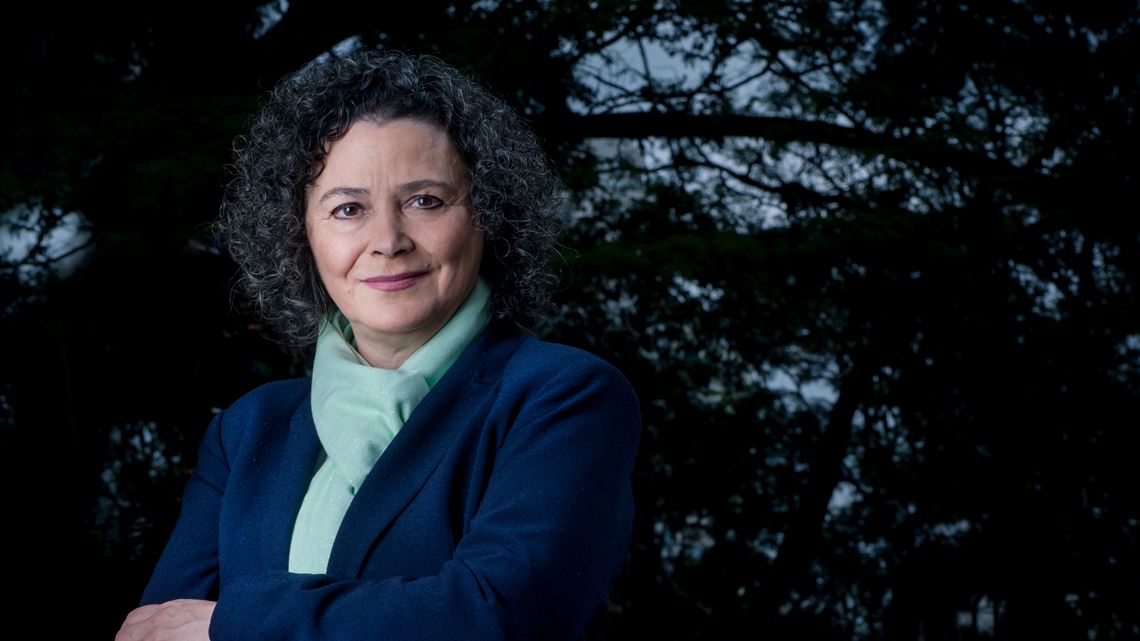 In her role as coordinator of Sou Ciência, Smaili hopes to provide better insight into how science is performing in Brazil

Last July the Federal University of São Paulo (UNIFESP) launched Sou Ciência, a task force devoted to research and discussion on policies for higher education and science, technology, and innovation (ST&I) funding in Brazil. The center is staffed by 19 scientists from different backgrounds and institutions, as well as scientific initiation students and researchers on post-doctoral internships. With initial funding from the Tide Setubal Foundation, the researchers will develop reports and proposals to inform policymakers in their strategies for these areas. Led by Soraya Smaili, a pharmaceutical engineer who previously served as dean at UNIFESP from 2013 to 2021, the initiative will also serve as a think tank about the role of universities in defending democracy and combating disinformation and denialism. In the following interview, Smaili provides details on the initiative’s goals and aspirations.

What are the objectives of Sou Ciência?
It’s a think tank about universities, science at society. Our goal is to develop research that can help to improve higher education models and bring universities closer to different social actors and stakeholders. We will also work on developing policy proposals for mechanisms to fund ST&I.

How has the center been structured?
The center is based at UNIFESP, but brings together researchers from several different Brazilian universities. We compiled a list of scientists involved in research about higher education and ST&I funding in Brazil, and invited them to join the initiative. Our goal is for them to do research on the impacts of higher education policy since the 1990s, and the different strategies and sources that have historically been used to fund ST&I.

What are these researchers’ backgrounds?
They are largely academics whose research deals with higher education and ST&I policy. One example is Evilasio da Silva Salvador, a professor of economics at the University of Brasília (UnB), who has long been devoted to research about science and education funding mechanisms in Brazil. Another affiliated researcher is Carlos Eduardo Bielschowsky, a professor of physics at the Federal University of Rio de Janeiro [UFRJ]. Bielschowsky helped to create The Open University of Brazil, a program launched in 2005 by the Ministry of Education to expand the offering of higher education programs through distance learning.

Another of the center’s areas of interest is research about the impacts from outreach programs. Could you elaborate on this?
Yes, we plan to look at the ways Brazilian universities support, or could support, communities and governments in defending democracy and people’s rights. This line of research builds on a tradition of social outreach at UNIFESP that is less common at other higher education institutions. We hope to conduct a survey of programs like these at Brazilian universities and of their impacts.

How did you arrive at these lines of research?
Based on an assessment my colleagues and I conducted at the time I was dean at UNIFESP. We realized there was a lack of data to inform university policies. For example, there are very few studies about public higher education policies implemented in the last two or three decades in Brazil. Similarly, when people do research about public funding for higher education or ST&I, it is typically an isolated effort.

What kind of research do you plan to engage in?
Our research will compile data and analyze it comprehensively to inform debate about these issues and assist policymakers. We want to know where Brazilian industry might be lagging as a result of funding cuts for ST&I in recent years, especially the recent FNDCT [National Fund for Scientific and Technological Development] budget freeze. What projects have been affected? What are the potential impacts on the future of ST&I in Brazil?

What is the ultimate goal of this research?
The goal, among other things, is to take stock of the consequences of recent budget curtailment on training and research in Brazil. There are many cases of young doctoral students giving up on academic careers, and of professors and researchers transferring to foreign institutions in search of better working conditions. We may be experiencing a brain drain, but don’t have the hard data to show it. We plan to address this issue and provide a better picture of the state of affairs in Brazilian science. We will also look at the results from Brazil’s affirmative action policy for higher education, launched a decade ago next year, to gain an understanding of its social, economic, and scientific impacts.

Will you also address private funding for research?
Yes, but we’re more concerned about impacts from public funding, as most research in Brazil is done at public universities.

What are you doing to make sure your research findings get to policymakers?
We’ve approached ANDIFES [the Brazilian Association of Directors of Federal Higher Education Institutions] and the Science and Technology in Congress Initiative, sponsored by SBPC [the Brazilian Society for the Advancement of Science] and 60 other institutions, which works to raise awareness among policymakers on issues of interest to the scientific community.

Is the timing of the center’s launch intentional?
Yes. We feel the center can help make the case for public education and research in Brazil. Brazilian science and universities have never been under greater attack than they are now. At the same time, we’re witnessing the vital role that science is playing in the response to the pandemic. Our research at Sou Ciência will quantify this effort and stress the importance of scientific knowledge for modern societies.

How do you plan to fund the center’s research?
We have an initial grant of R$300,000 from the Tide Setubal Foundation for one year, which could be renewed. An additional R$300,000 should be provided shortly via parliamentary orders. This funding is being used toward providing grants to postdoctoral researchers and scientific initiation students, who will work alongside the staff researchers at the center. We also plan to submit project proposals to research funding agencies.