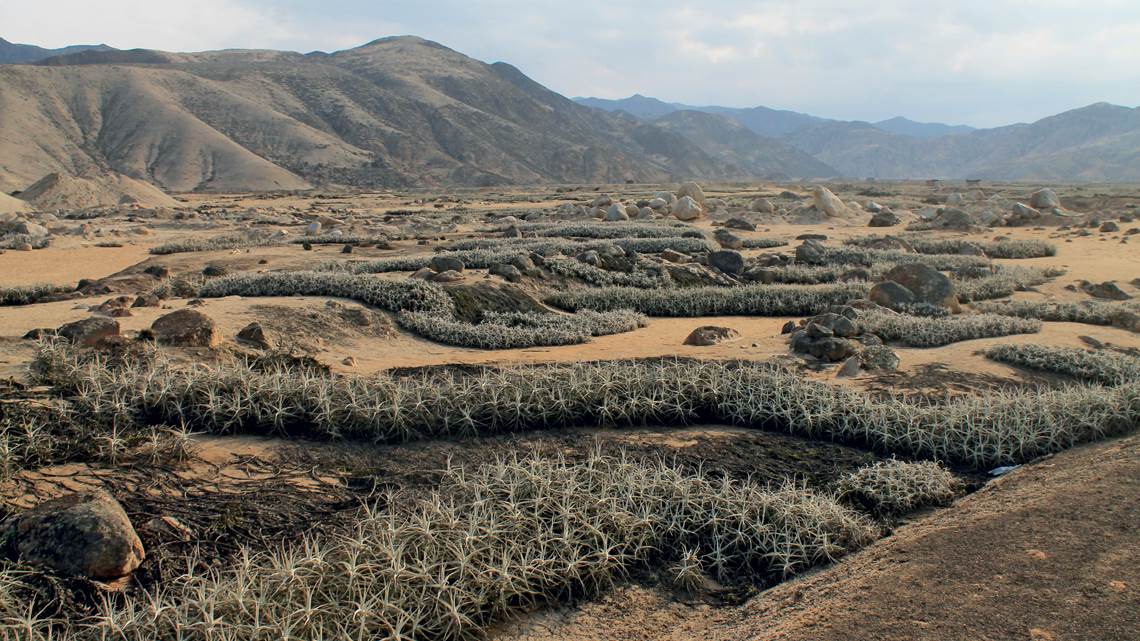 Between the Pacific and the Andes mountain range, along a 3,000-kilometer strip of one of the driest regions on the planet, vegetation grows in desert fog oases, made up of fields of lichen, shrubs, and herbaceous plants—some of which only bloom once every 30 years. Sustained almost exclusively by the water contained in fog rolling in from the ocean, these oases occupy an area of 17,000 square kilometers between northern Peru, where they are called lomas (“knolls”), and central Chile, where they are known as oasis de niebla (“fog oases”). By analyzing satellite images from the last two decades, researchers from Peru, Chile, and the United Kingdom recently created a map of these oases, which are distributed over an area at least four times larger than previously estimated (International Journal of Applied Earth Observation and Geoinformation, September 7). Led by Justin Moat of the Royal Botanical Gardens in Kew, England, the group estimates that this South American ecosystem is home to 1,200 unique plant species. With only 4% of their area protected, fog oases are threatened by urbanization, mining, increased air pollution, and off-road trails.