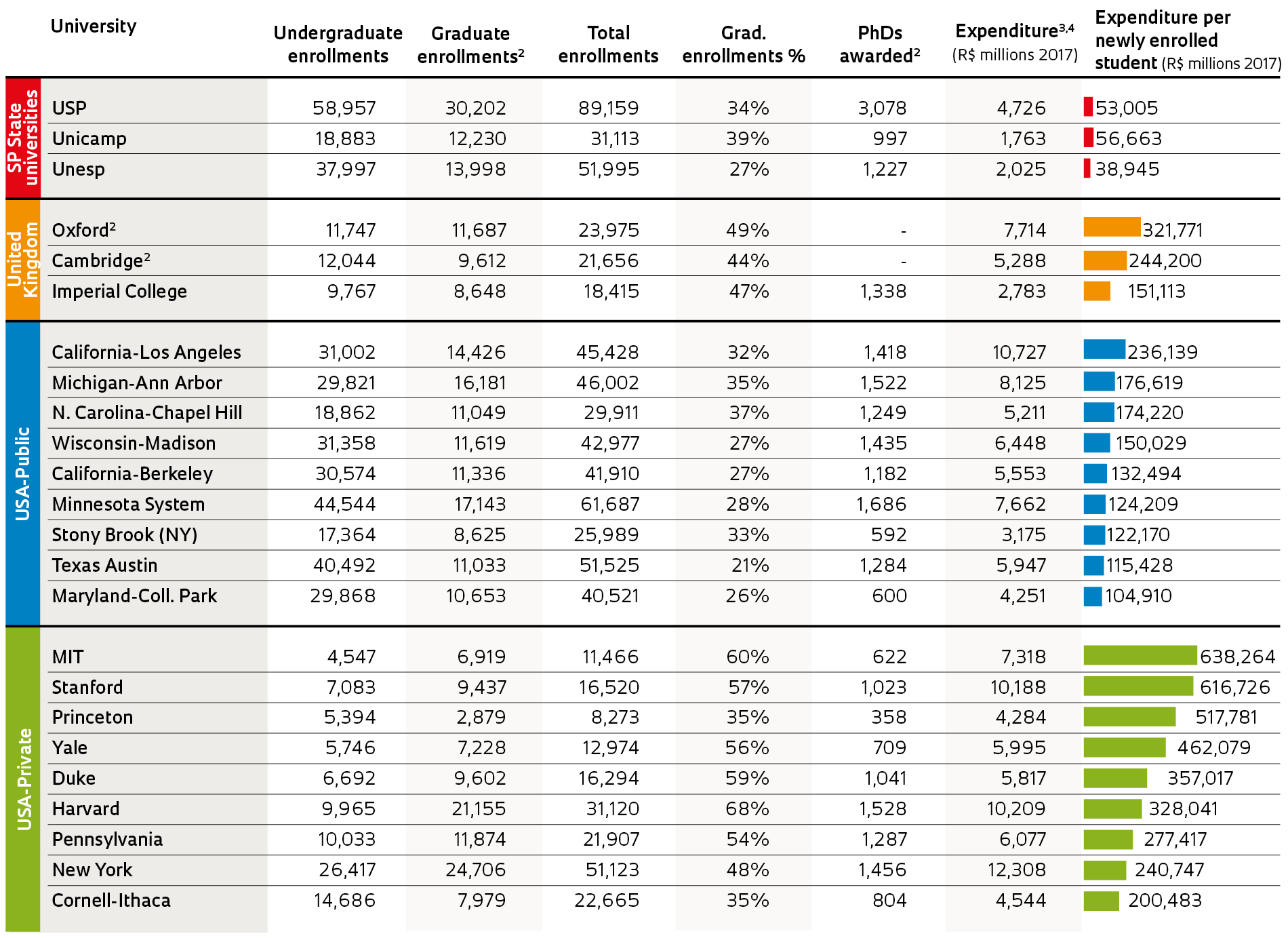 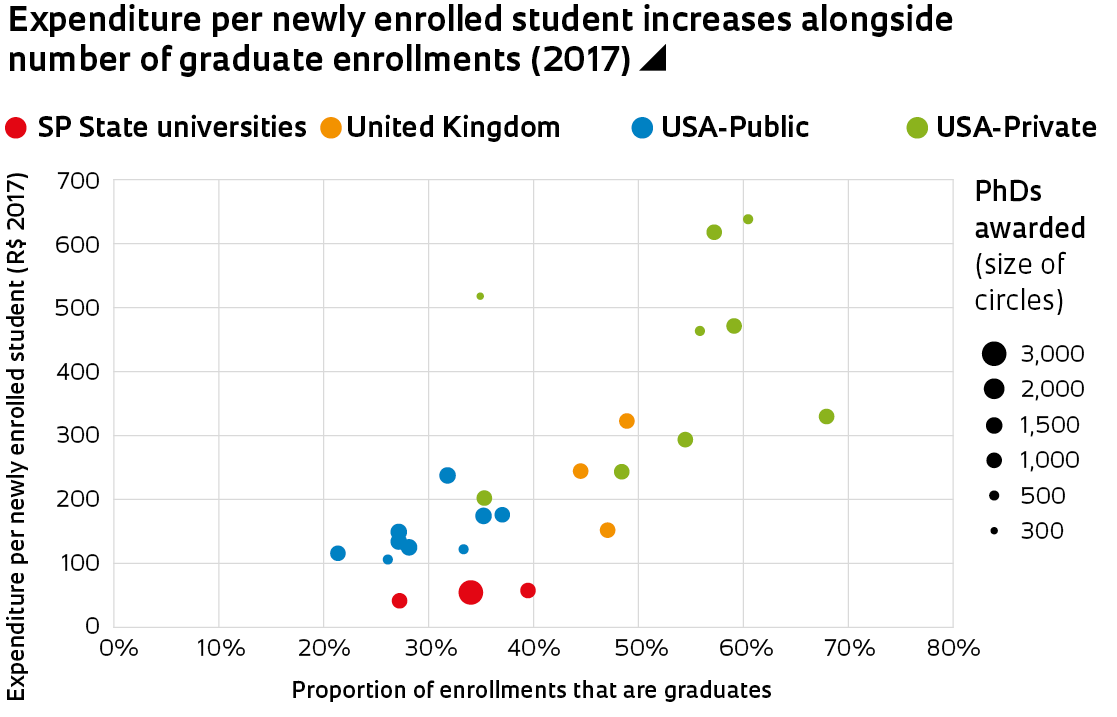 Notes (1) For the USA and UK, data refers to the 2017–2018 school year, except for Cambridge University, which is for 2016–2017.  (2) For the USA and UK, enrollments and PhDs awarded include all doctorate types, which in Brazil are only academic degrees. No PhD data available for Cambridge and Oxford universities. The circles on the graph for these institutions were generated for 1,000 PhDs, for illustrative purposes only.  (3) Expenditures include all types of education, research, and services, except those in university hospitals and healthcare centers, which vary greatly in characteristics both within Brazil and abroad, and are often part of larger health service systems.  (4) For the USA and UK (excluding Cambridge, 2016/2017), values were converted using 2017/2018 purchasing power parities (PPP$), which take into account the real price differences between countries. For the São Paulo state universities, inactive expenses were not counted, which are also not included for the other institutions analyzed.  (5) Excluding Harvard and Princeton, which exhibit atypical behavior, the value of R is 0.92.