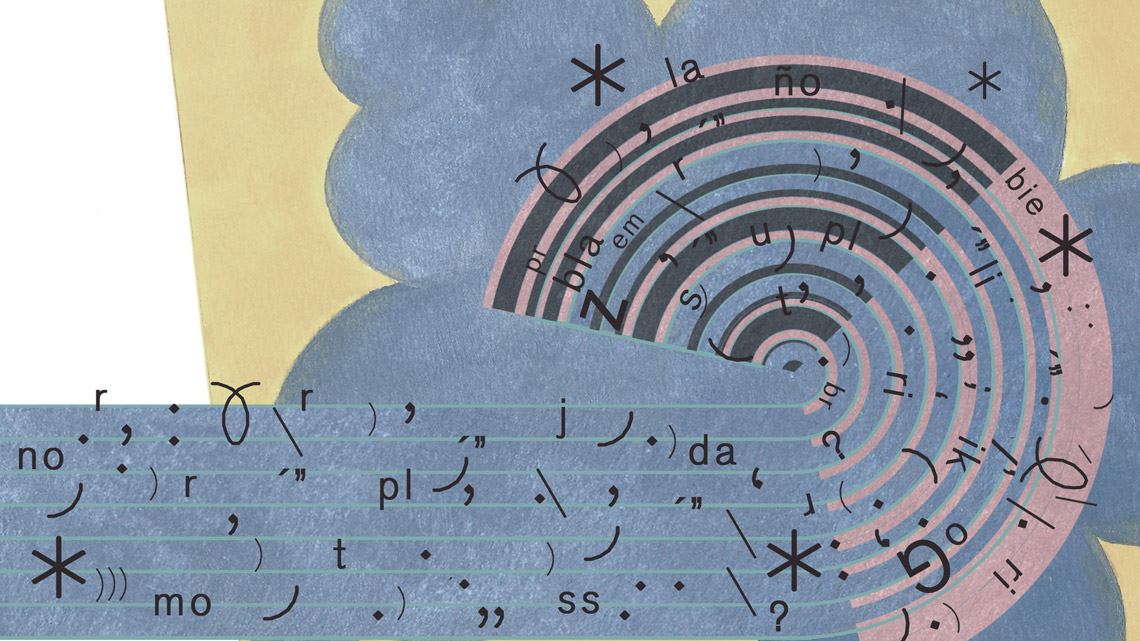 Applied linguistics is an interdisciplinary research field and professional practice that aims to identify and study problems related to language and communication. These problems range from education and the development of individual communication skills to addressing social conflicts in which language is a central element, such as exclusionary processes related to linguistic variations in different dialects used by social, ethnic, or regional groups.

“In addition to encompassing the concept established by the International Association of Applied Linguistics [AILA], the Brazilian definition also takes into account the country’s specific situation in which applied linguistics is strongly characterized by interdisciplinary exchanges and collaborations, unlike countries like the USA, for example, where it is often more strictly understood as an application of linguistic theories,” explains Marcelo El Khouri Buzato, from the Department of Applied Linguistics of the Institute of Language Studies (IEL) at the University of Campinas (UNICAMP).

Researchers in the field aim to contribute to and intervene in the many demands of contemporary life, as well as the debate on public education policies. “Applied linguistics plays a central role in the intelligibility of problems, conflicts, and social injustice, seeking to propose theoretical and practical interdisciplinary solutions, with the aim of improving the population’s quality of life,” adds Buzato.

It was through applied linguistics—also known by the acronym AL—that professor Vanusa Benício Lopes analyzed reading mediation practices on the outskirts of the city of Fortaleza during her doctoral research, completed at the State University of Ceará (UECE) in 2020. In her study, Lopes, who works in the public school system, mapped the activities of five community libraries in different areas of the city to verify how the cultural interventions that occur as a result of reading have become fundamental in the lives of children and adolescents. “We noticed that community libraries were also responsible for producing parties, reading, writing, and storytelling workshops, fanzines, and photographic exhibitions,” she says. By participating in events and interviewing 10 creators of these libraries, Lopes identified the transformations that have taken place in communities since these spaces were established. “Teaching literacy through projects of this nature gives participants a new perception of the world they live in, which empowers them to fight for their rights. It’s a transformation based on language,” she adds.

The many areas of applied linguistics

Applied linguistics emerged in association with the teaching of languages, especially foreign ones. “Over time, based on the understanding that language is an integral part of various areas of life and society, AL has conquered other spaces,” explains Claudiana Nogueira Alencar, president of the Brazilian Association of Applied Linguistics (ALAB) and a professor on the Applied Linguistics Graduate Program (PosLA) at the State University of Ceará (UECE). As a field of research, applied linguistics has been increasingly referred to by scientists as an autonomous science, moving away from being a sub-field of linguistics, which also studies language and speech, but without necessarily being related to social problems from an applied perspective. “Today there is an understanding that AL is not characterized by the mere application of knowledge produced in the field of linguistics—it has its own theories and subjects, creating opportunities for social intervention,” explains Alencar, highlighting action research, participatory research, and ethnography and cartography as some of its most frequently used methods. “These methodologies are constructed from the demands of the communities or groups being studied,” she says.

ALAB is also involved in debates on public policies related to scientific production and education. “We have had meetings, for example, that focused on the reformulations that have been made in the National School Textbook Program [PNLD]. We found that recent editions have ignored the commitment to combat stereotypes on the social roles of women and black people and omitted discussions on gender and sexuality,” points out Alencar, noting that applied linguistics is capable of intervening in debates of this nature. “Violence and discrimination are reverberated through language when used to construct stereotypes.”

The birth of applied linguistics is linked to World War II (1939–1945) and the need to develop methodologies for soldiers to quickly and systematically learn foreign languages, initially observed in the USA. “As the research in this area developed, AL theories expanded based on dialogue with other fields, such as anthropology, sociology, and psychology,” says Rodrigo Borba, head of the Interdisciplinary Graduate Program in Applied Linguistics at the Federal University of Rio de Janeiro (UFRJ). As a concept that has become one of the main characteristics of the field, interdisciplinarity has opened up research paths beyond language learning methods, offering opportunities in broader and more diverse contexts. “For example, AL can investigate how communication takes place in the health sector, analyzing how physicians converse with their patients and which elements are used in this discourse,” says Borba.

In Brazil, the field’s independence began to become fully apparent in the 1990s, 20 years after the Pontifical Catholic University of São Paulo (PUC-SP) created its Applied Linguistics and Language Studies Graduate Program (LAEL), considered the first of its kind in Brazil. Courses in applied linguistics are usually graduate programs, although most undergraduate courses in languages and literature include the subject in their curricula, teaching students about its history and main theories. There are currently seven graduate programs in Brazil dedicated exclusively to applied linguistics. In addition, scientific literature is produced from research conducted as part of languages and literature courses. “It is a considerable space, but we are still waiting for AL to be recognized as independent of linguistics, which would create more opportunities for us with research funding agencies,” says Lucineudo Machado Irineu, a professor and researcher at PosLA, UECE.

Irineu highlights that recognizing the independence of applied linguistics does not mean transforming it into a competitor, since there are multiple possibilities for partnerships between the two fields. “The multidisciplinary nature that has become a hallmark of AL means there is no hierarchy with other disciplines. We just want to draw attention to the specificities of the field’s research topics and its commitment to intervening in society,” adds Irineu. The research in UECE’s applied linguistics program comprises three lines of investigation. The first is language, technology, and teaching, encompassing studies related to multiliteracy—the social and historical practices of reading, writing, and language teaching. The second is multilanguage, cognition, and interaction, which investigates the relationship between language and cognition from the perspective of language development—whether it be natively spoken or a foreign language—and translation, with regard to interpretation in concrete situations. The third, critical language studies, is used to study relationships of power that occur in the ideological spheres of discourse production. 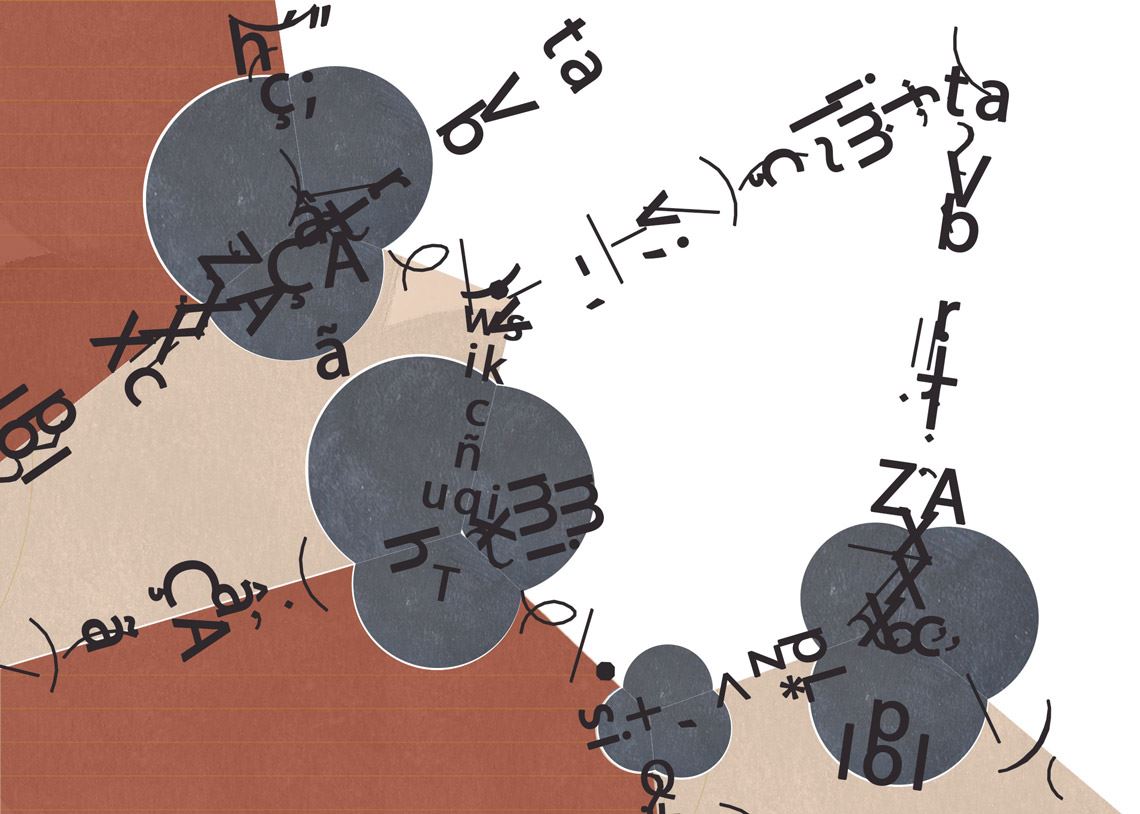 Interested in understanding the profile of researchers studying applied linguistics, Ametista de Pinho Nogueira Silva analyzed the discursive practices and disciplinary culture of the field in Brazil. Her research, conducted at PosLA, led to the publication of the book Linguística Aplicada: O que é? Como se faz? (Applied linguistics: What is it? How does it work?; Pontes Editores, 2020), which presents the basic concepts of applied linguistics, especially for public school teachers and others who are beginning their studies in the field. “Because the classroom is such a fruitful environment when it comes to applied linguistics, I thought it would be interesting to share this field with teachers as well,” says Silva, who teaches in the state education system in Ceará and is studying the social representations of writing constructed by black women as part of her doctorate.

Thanks to plurilingualism, scientific literature has helped strengthen the established relationships between language and culture. Demands from the deaf community for bilingual schools where Portuguese is treated as a second language, for example, highlight issues related to inclusion and breaking cultural stereotypes. “Applied linguists are studying the possibilities of teaching Brazilian Sign Language [LIBRAS] in specific contexts, to ensure deaf people have access to linguistic resources,” explains Borba, from UFRJ.

Deaf education in Brazil is generally based on the inclusion model, but there are demands from the deaf community for mandatory bilingual schools for deaf children. In these schools, LIBRAS would be the language of instruction, with Portuguese taught as a second language. “Over 90% of deaf people are born into hearing families and this can make it difficult to ensure sufficient contact with LIBRAS during childhood,” says Angelica Rodrigues, head of the Linguistics, Literature, and Classics Department and a sign languages researcher at São Paulo State University (UNESP), Araraquara campus. “Contact with sign language in early childhood, especially interaction with deaf teachers and teachers in a school model that considers the deaf as a linguistic minority, is essential to ensuring deaf people have access to the school environment and remain in education,” she says.

Applied linguistics has also contributed to scientific literature on the languages of native peoples and indigenous education, helping explain relationships of power that result in hierarchies of discursive practices. “Thanks to AL research, teaching materials can be developed for traditional languages that go beyond the mere preservation of language and culture, including discussions on the power struggles that take place in the linguistic field,” concludes Alencar, from ALAB.