The number of Brazilians aged 18–49 dying from strokes decreased by about 30% between 1997 and 2012. Among men, the mortality rate fell from 4,707 deaths in 1997 to 3,320 in 2012. A similar decline was recorded among women—dropping from 4,437 to 3,171 (Scientific Reports, February 27). Coordinated by physiotherapist Laércio da Silva Paiva, a professor at the ABC School of Medicine, the survey was based on death records available from the Brazilian Ministry of Health’s national health information system. According to the paper, the falling mortality rate follows a trend observed in other countries and is a result of improved treatment of hypertension at all socioeconomic levels and increased awareness of risk factors, such as diets that include a lot of red meat. Strokes accounted for 3.3% of total deaths among men aged 18 to 49 in 1997. In 2012, the figure stood at 2.1%. Among women, the rate fell from 8.3% to 5.2%. About half of the stroke deaths in the 15-year period occurred in Southeast Brazil, where 42% of the population lives. 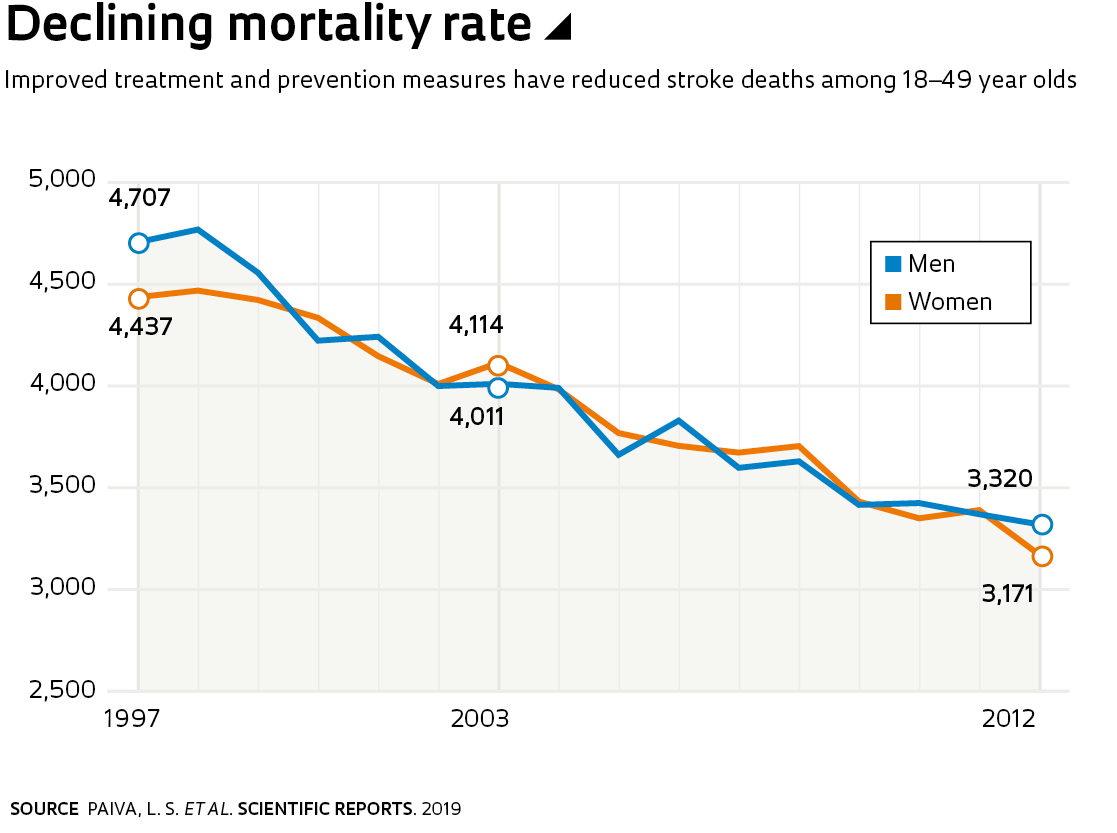