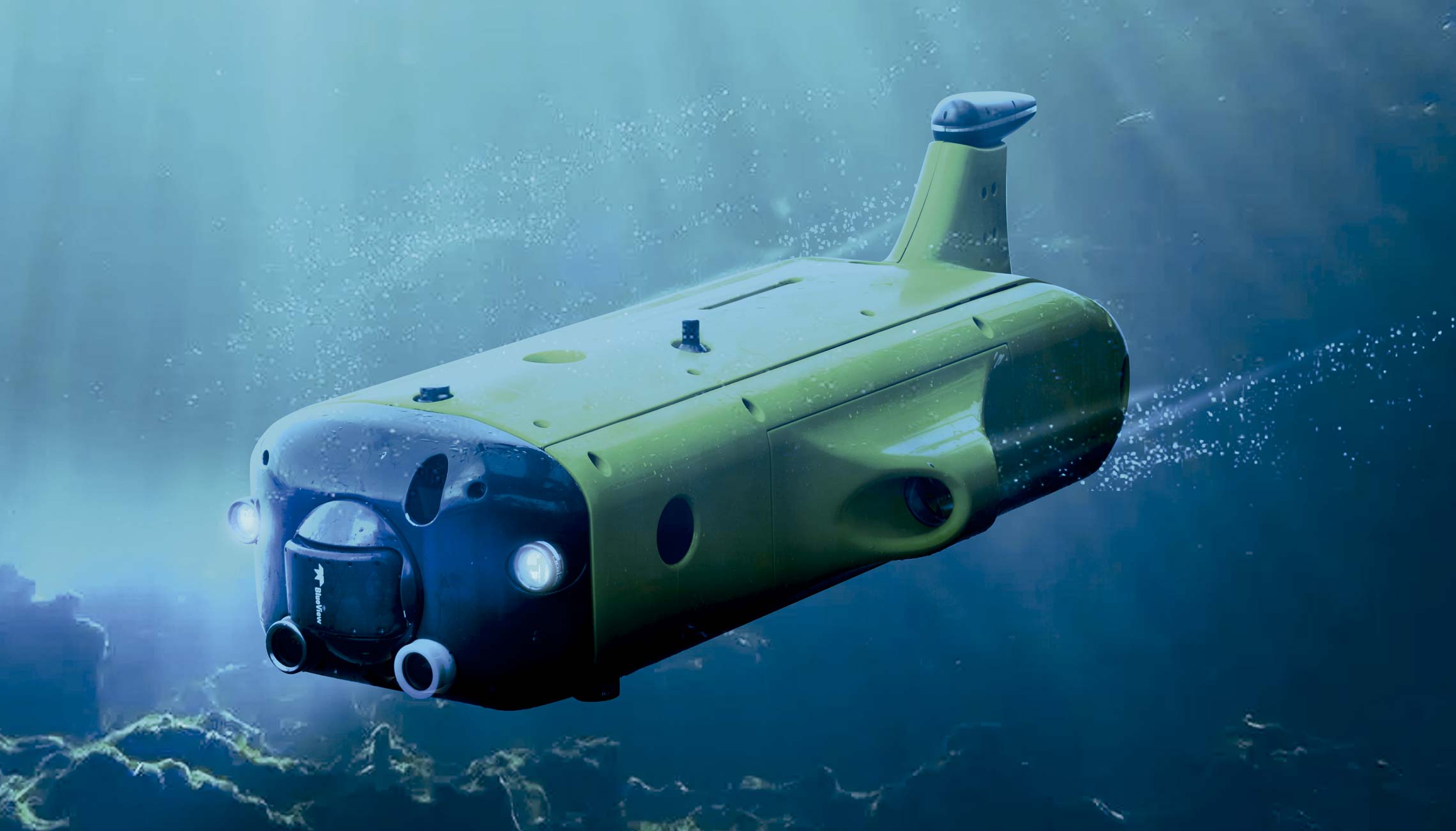 A research and development center due to start operation in early 2019 at the Camaçari Industrial Park, in Bahia, could inject new momentum into industrial innovation in Brazil. CIMATEC Industrial, a unit of the National Service for Industrial Training (SENAI), has been designed to be Brazil’s first multidisciplinary center with capabilities for fabricating large prototypes, testing at real-world scale, and building pilot plants. It will also provide infrastructure for research and testing in high-risk activities such as chemicals or production processes involving toxic waste.

Daniel Motta, manager of technology and innovation at the Integrated Campus for Manufacturing and Technologies (CIMATEC), says there is a research and development (R&D) gap today that needs to be filled. “There are no facilities available to develop real-scale prototypes, which are difficult to build in the urban environments hosting research centers. And in industrial environments, testing and validating innovations often means the current production process needs to be stopped,” he says.

The Camaçari facility spreads over an area of ​​4 million square meters (m2). The complex of laboratories and pilot plants will be built in three major phases over the space of 30 years. The first phase, anticipated to be completed this year, covers 62,000 m2 and comprises 11 buildings, including an office building and 10 laboratories serving several industries: automotive, oil and gas, civil construction, chemicals, fine chemicals, material forming and joining, metrology, and engineering. Investment in the first phase will be R$80 million.

The complex in Salvador: undergraduate and graduate programs, a technology center, and three SENAI Institutes for Innovation

Additions in subsequent phases will include facilities such as automotive and aerospace test tracks. The complex will also host a testing tank for subsea equipment, large laboratories (to be defined), and a wind tunnel—a facility used to simulate the effect of airflow on prototypes of aircraft, cars, wind turbine blades, nacelles, and civil construction structures.

“The new infrastructure will catalyze innovation and growth across several industries, helping to attract inward investment to Bahia and to diversify the state’s industrial base,” says Ricardo Alban, president of the Bahia State Industry Federation (FIEB), the project’s biggest investor.

CIMATEC Industrial will be an extension of CIMATEC Salvador, a SENAI unit opened in 2002. The complex houses a university campus with 9 engineering programs and 2,000 enrolled students (with an offering of graduate non-degree programs including specialization and MBA degrees, and degree programs including master’s and doctoral degrees); a technical school with 1,600 enrolled students; a technology center; and three SENAI Institutes for Innovation (ISIs): Automation, Logistics, and Material Forming & Joining. In all, the complex employs 700 faculty and research staff, including 50 PhDs.

CIMATEC has 56 laboratories, and research programs on the campus are further supported by a Supercomputing Center for Industrial Innovation. The center was established in 2015 with the acquisition—in partnership with Shell—of Yemoja, the second most powerful supercomputer in Latin America, its capacity equivalent to 20,000 conventional computers. “Yemoja is used for complex, data-intensive seismic imaging problems, such as oilfields, where high-speed processing and storage are needed,” says CIMATEC Director of Technology and Innovation Leone Andrade.

The Yemoja Supercomputer, with a capacity equivalent to 20,000 conventional computersSENAI CIMATEC

Research at SENAI CIMATEC has generated more than 100 intellectual property applications, says Daniel Motta, including patent and software registration applications. There is no standard approach to monetizing products—negotiations are done on a case-by-case basis.

This year’s pipeline has 72 research programs under development. The units’ plan of action for 2014–2018 comprises projects budgeted at R$218 million, with 33% of funding coming from the Brazilian Agency for Industrial Research and Innovation (EMBRAPII) and 42% from partner companies. CIMATEC provides the remaining 25% although not in cash, but typically in the form of staff and laboratory time. The new plan of action through 2024 provides an additional R$246 million in funding that will be pooled in the same proportion.

Autonomous robot
One of the most important innovation projects developed to date at CIMATEC is FlatFish, a fully autonomous underwater vehicle (AUV) for high-resolution 3D visual inspection of subsea oil and gas pipelines (see Pesquisa FAPESP issue no. 244). The vehicle can lie submerged at an underwater docking station without the need to surface over a period as long as six months. The sonar-equipped AUV can plan and execute missions, collect inspection data, and transmit them to surface-operated equipment. The project was developed by the Automation ISI in collaboration with Shell and the German Research Center for Artificial Intelligence (DFKI). The investment was R$30 million, with 33% of funding provided by EMBRAPII.

“Through the partnership we have been able to tap into the state of the art in academia to develop technology that will cut costs and enhance safety in our operations,” says Rosane Zagatti, Shell’s Subsea Technology Manager. Zagatti explains that offshore production units are currently inspected using vehicles operated remotely by specialists from support boats, at a daily cost of US$100,000 to US$300,000.

Automation ISI projects on the CIMATEC campus are advancing toward Apparel 4.0SENAI CIMATEC

The AUVs currently on the market have capabilities for acoustic bathymetric data acquisition and pipe inspection, but not to navigate reliably near structures and perform visual inspection autonomously. They also require a support boat from which to operate. “With FlatFish we hope to cut the costs of subsea inspections by about 50%, improve environmental safety and asset integrity, and eliminate the hazards inherent to the use of offshore support vessels,” she says.

Shell has concluded an agreement with Italian oil company Saipem to produce and market the AUV—FlatFish is expected to be available on the market starting in 2020. The subsea robot is one of 32 projects completed to date by the Automation ISI and its team of 58 researchers, of whom 27 have master’s degrees and 4, PhDs. The group has another 31 projects in the pipeline, budgeted at R$116 million.

Automation is increasingly present in industrial as well as commercial applications, supporting new models of interacting with consumers. The textile and apparel industry, for example, is moving toward Apparel 4.0, a term used to refer to demand-led, automated production of customized products delivered within the shortest possible lead times. “Meeting the demands of this new production model is the primary challenge facing logistics operators today,” says engineer Herman Lepikson, head researcher at the Logistics ISI.

An Embraer E175: the aircraft maker has concluded an agreement with CIMATEC to improve aircraft airworthinessEMBRAER

Toward the end of 2017, a collaboration between CIMATEC’s Automation and Logistics ISIs and the SENAI Center for Chemical and Textile Industry Technology, in Rio de Janeiro, launched a model Apparel 4.0 unit that is being showcased to retailers in Brazil. In this model, the production line operates based on customers’ purchase intent, with customers choosing clothing items and viewing them through a virtual mirror that captures their image and dresses them virtually with the chosen garments.

The system automatically performs an anthropometric assessment of the customer. The customer chooses the pattern and the garment. With the user’s permission, a collaborative robot measures their body fat density. The customer then enters their personal and contact details on a tablet next to the mirror so they are notified when the garment is ready. When their purchase is approved, they receive an email with a QR code and the sewing pattern is printed out on paper. The seamstress receives the pattern and follows the sequence as instructed. After the garment has been completed, the system sends the customer a photo of them wearing the finished garment and letting them know it is ready to pick up.

This is a step-shift from the current mass production model in which raw materials are delivered to a large manufacturing site and the finished goods are shipped in large batches to retailers. Lepikson says logistics technology centers around the world are now focused on providing solutions to deliver materials in small quantities, in a decentralized manner, and quickly—without significantly affecting costs. To achieve this, new additive manufacturing methods using 3D printers are being considered. “In the near future, a wide range of goods will be custom-made in a decentralized system. Enabling this strategy is our priority today,” he says.

Research at CIMATEC has generated more than 100 intellectual property applications

CIMATEC’s Material Forming & Joining ISI has a team of 70 people, including 30 specialist engineers, 5 with PhDs. It is involved in more than 20 projects—10 as project leader—with approximately R$50 million in contracts. Rodrigo Coelho, the unit’s head researcher, explains that one of the biggest challenges in building and maintaining large structures, such as industrial machinery, aircraft, vehicles, and wind turbines, is ensuring the different materials are soundly joined together through methods such as welding, adhesives or mechanical forming.

Part of the Material Forming & Joining ISI’s mission is to improve quality in structural fabrication and develop efficient and accurate inspection and monitoring methods for safer and less costly maintenance planning in industry. One of its current contracts is a partnership with aircraft maker Embraer to improve the airworthiness of its aircraft, enhance flight safety, and shorten the time it takes to repair damage. The project is developing a system for monitoring structural joints using a technique, called Structural Health Monitoring (SHM), that is being first introduced in Brazil.