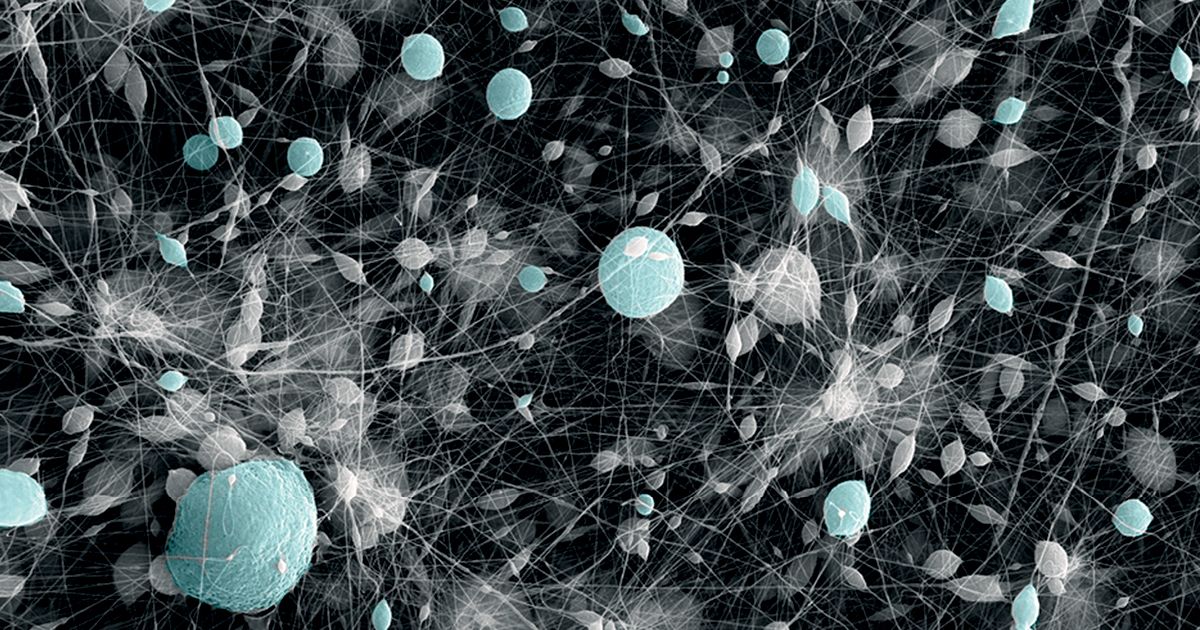 A large electric voltage bias—17,000 volts at one end and 0 at the other—is used to spin ultrafine nanometric fibers into membranes that can filter water. When the membrane is not perfectly formed, the electrospinning process creates tiny droplets, shown here in an image captured by a scanning electron microscope. “The perfect membrane has as few droplets as possible,” says chemist Guilherme Dognani. The material, which is not yet being produced on an industrial scale in Brazil, can be used to remove contaminants such as heavy metals.