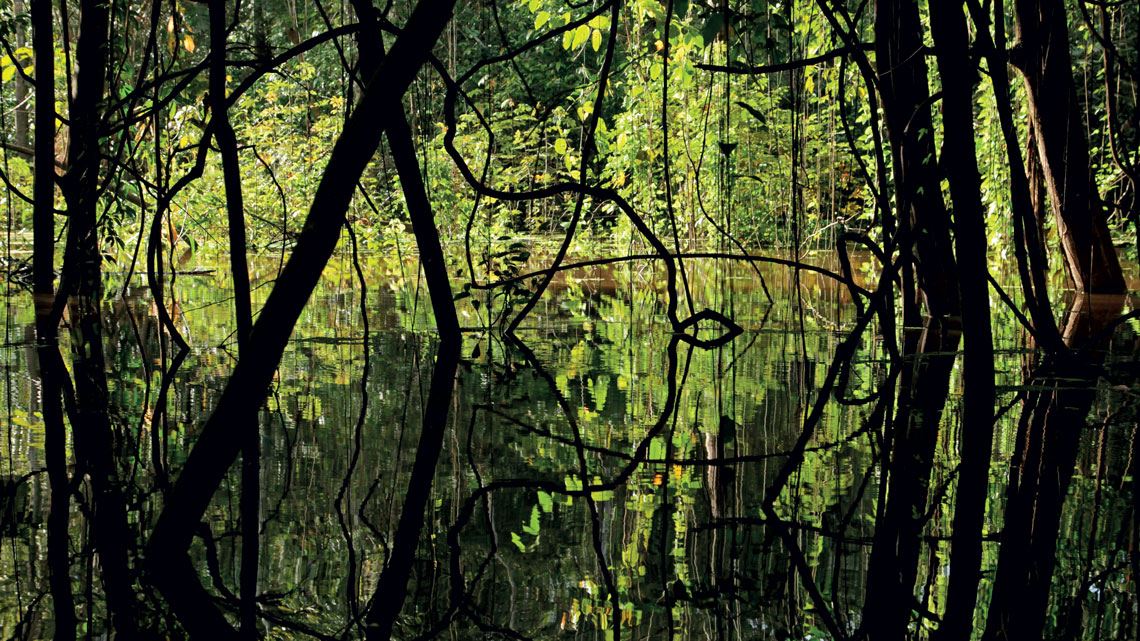 Roughly 75% of the methane released by the Amazon comes from wetlands, according to an INPE study

The production of methane (CH4) in the Amazon accounted for 8% of global emissions of the greenhouse gas, the second most abundant after carbon dioxide (CO2). The figure remained stable between 2010 and 2018. About three quarters of the methane released in the region, 60% of which is located in Brazil although it covers nine countries in total, was produced by the natural decomposition of biomass—essentially trees and vegetation—in wetlands that are partially or totally flooded over the course of the year. The remainder was emitted as a byproduct of two activities related to human occupation: fires (16% of the total) and cattle farming (11%).

These figures are from an article published in the scientific journal Communications Earth & Environment in December 2021. “The Amazon is a major global source of methane, but our data indicate that the region has not contributed significantly to the recent increase in emissions,” explains the study’s lead author, Luana Santamaria Basso, a biologist currently on a postdoctoral fellowship at the Greenhouse Gases Laboratory (LAGEE) at the Brazilian National Institute for Space Research (INPE). Between 2010 and 2018, the Amazon emitted about 46 million tons of methane per year, according to the article.

Based on how much of the rainforest is located in Brazil, the country is responsible for 60% of the South American biome’s annual methane emissions: around 29 million tons. This equates to 5% of all methane emissions on the planet. “Although the Amazon should not be singled out as a villain when it comes to global methane emissions, the article highlights that emission of the gas due to anthropic [human] activities in the region is greater in the most deforested areas than in the most preserved,” explains Luciana Vanni Gatti, a chemist, LAGEE coordinator, and coauthor of the study. She is also head of a thematic research project under the scope of FAPESP’s Research Program on Global Climate Change (PFPMCG), which monitors the methane balance in the Amazon. 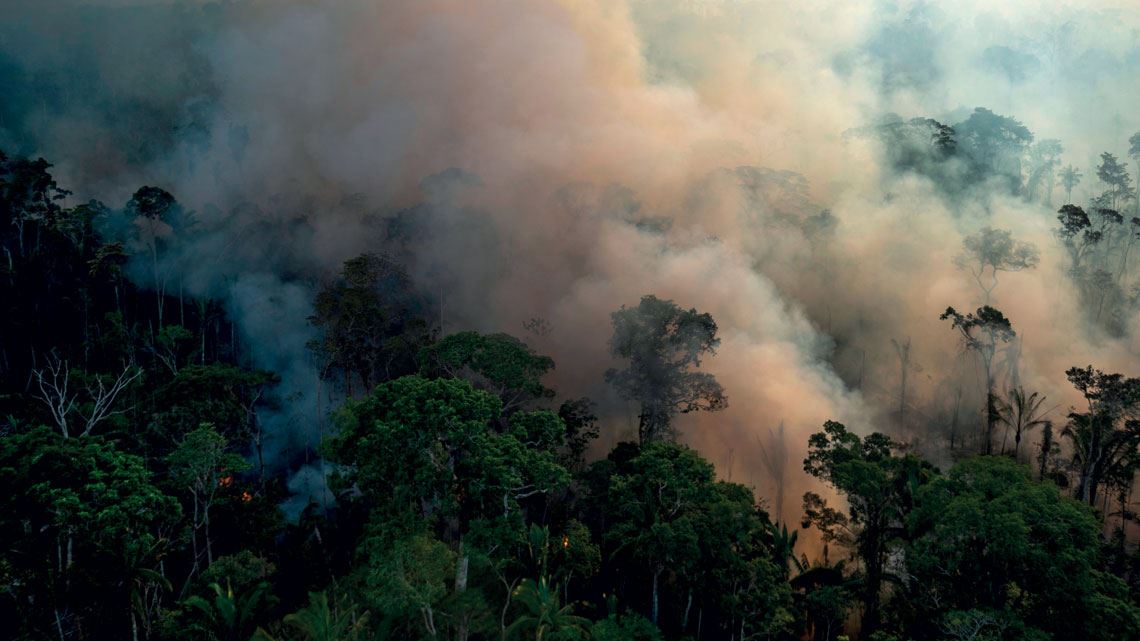 In the last two decades, at least seven studies by international groups with distinct methodologies, including the use of satellite data, have reached very different values on methane production in the region. According to the article cited above, the amount of  CH4 released by the rainforest could vary between less than 10 and about 50 million tons per year. In addition to the methodological differences, another factor that makes it difficult to compare results is that studies do not always consider the same geographical area. The article by Basso, Gatti, and colleagues estimated emissions for an area of 7.2 million square kilometers (km2), the most widely accepted size of the Amazon, which encompasses the nine countries in the region. Studies that considered similar geographical areas of between 6 and 8 million km2 arrived at results with a similar order of magnitude: finding that between 30 and 47 million tons of methane are produced every year. A study that used an area of just 3.7 million km2 estimated the amount of CH4 released by the biome at just over 9 million tons per year.

Once known as swamp gas, methane is produced by the decomposition or decay of organic matter in geological or biological processes. The former include the production of oil, coal, and natural gas. The latter include the fermentation of vegetation in wetlands, incomplete burning of biomass, putrefaction of organic waste in landfills, and above all, agricultural activities, such as the food digestion by ruminants, and to a lesser extent, rice cultivation in paddy fields.

According to data from an international survey published in the journal Earth System Science Data in July 2020, 62% of the 580 million tons of CH4 emitted annually worldwide are attributed to anthropic activities, especially to farming ruminants, such as cattle, sheep, and goats. Microorganisms in these animals’ stomachs ferment food during the digestive process, producing methane. By releasing stomach gases through their mouths, ruminants expel CH4 into the atmosphere. “It’s not flatulence that causes cattle to release methane. It’s their burps,” explains INPE agronomist Jean Ometto, who was not part of the study by his colleagues Basso and Gatti. “Investing in pasture quality is one way to reduce methane production by enteric fermentation.”

The new article calculated the amount of CH4 emitted in the Amazon based on concentrations in 590 air samples obtained during the study. A small plane was used to collect vertical atmospheric profiles twice a month, between 300 meters (m) and 4.4 kilometers (km) of altitude in four regions of the Amazon: 100 km north of Alta Floresta in Mato Grosso, in the southeast; 40 km south of Santarém, in the northeast of Pará; 300 km east of Rio Branco in Acre, in the southwest; and Tabatinga and Tefé, in Amazonas, in the northwest. These same profiles were used in other studies by Gatti’s group to calculate CO2 emissions in the Amazon in the period (see Pesquisa FAPESP issue nº 306).

“High methane production in Amazonian wetlands is no surprise,” says Philip Fearnside, a biologist from the Brazilian National Institute of Amazonian Research (INPA) who did not participate in the INPE study. “These estimates have increased recently, partly due to the discovery of substantial emissions by trees in wetland forests.” The scientist points out that significant volumes of methane are also released from the reservoirs created by large hydroelectric plants built in the Amazon, such as the Balbina Dam in Amazonas and the Belo Monte Dam in Pará, which both flooded vast areas of the rainforest. Rivers whose flow rates are controlled by dams are also sources of this greenhouse gas. Studies indicate that in Brazil, most of the methane produced by enteric fermentation in ruminants occurs outside the Amazon, where more than half of the country’s 220 million head of cattle live. Brazil is home to more cattle than any other country in the world. “Currently, around 40% of them are raised in the Amazon, but this percentage is continuously growing,” says Gatti.

Although the contribution of forest fires and agriculture to methane production in the Amazon is still relatively modest as a whole, these activities are having a growing influence as deforestation increases in one sector of the biome. In the southeast of the rainforest—the region most impacted by human occupation—cattle farming and fires are the source of 48% of total CH4 emissions. In the northeast, natural methane production is up to three times higher than expected. 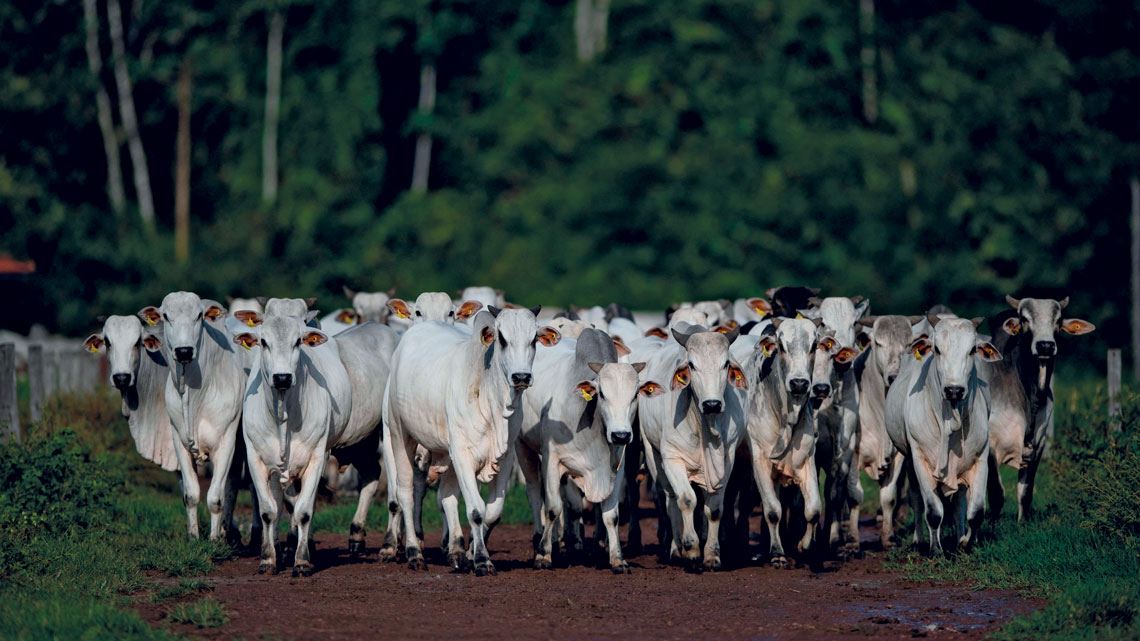 Global warming is caused by an increased concentration of greenhouse gases in the Earth’s atmosphere compared to the preindustrial period of the mid-nineteenth century. These gases absorb energy and retain heat in the air that surrounds the globe. Since the industrial revolution, the average temperature of the planet’s atmosphere has increased by about 1.1 degrees Celsius (ºC). Over the past 150 years, the cumulative contribution of methane to global warming has been about a third less than carbon dioxide.

Due to this and other particularities of CH4, such as its short half-life in the atmosphere (about 12 years, while CO2 has a half-life of 120 years), discussions on combating climate change have primarily focused on reducing carbon dioxide emissions. But this has changed in recent years and studies on methane are become more and more prominent in scientific papers and in reports by the Intergovernmental Panel on Climate Change (IPCC). At the most recent United Nations Climate Change Conference (more commonly referred to as COP26) held in November 2021, Brazil was one of just over 100 countries that committed to reducing methane emissions by 30% by 2030. The country is the fifth-largest annual emitter of methane on the planet, behind only China, Russia, the USA, and India.

“Investing in the reduction of methane emissions could more quickly impact global warming and climate change,” says Ometto. The explanation is simple. Over a two-decade period, one kilogram of methane generates 80 times more heat in the atmosphere than the same amount of carbon dioxide. “CH4 has a huge impact in the first few years after emission, but it remains in the atmosphere for a short time. In contrast, CO2 has a milder effect on a yearly basis but it lasts approximately 10 times longer,” explains Fearnside. The problem is that after going through a period of stability between 1999 and 2006, global methane emissions then started to rise again. In September 2021, it reached the highest concentration in history, at 1,900 parts per billion. “As well as the known sources, there could be other less understood processes associated with methane production. In our study, for example, we saw that there is a major source of methane in northeastern Amazonia that is as yet unidentified. We haven’t been able to determine where it’s coming from,” says Basso.