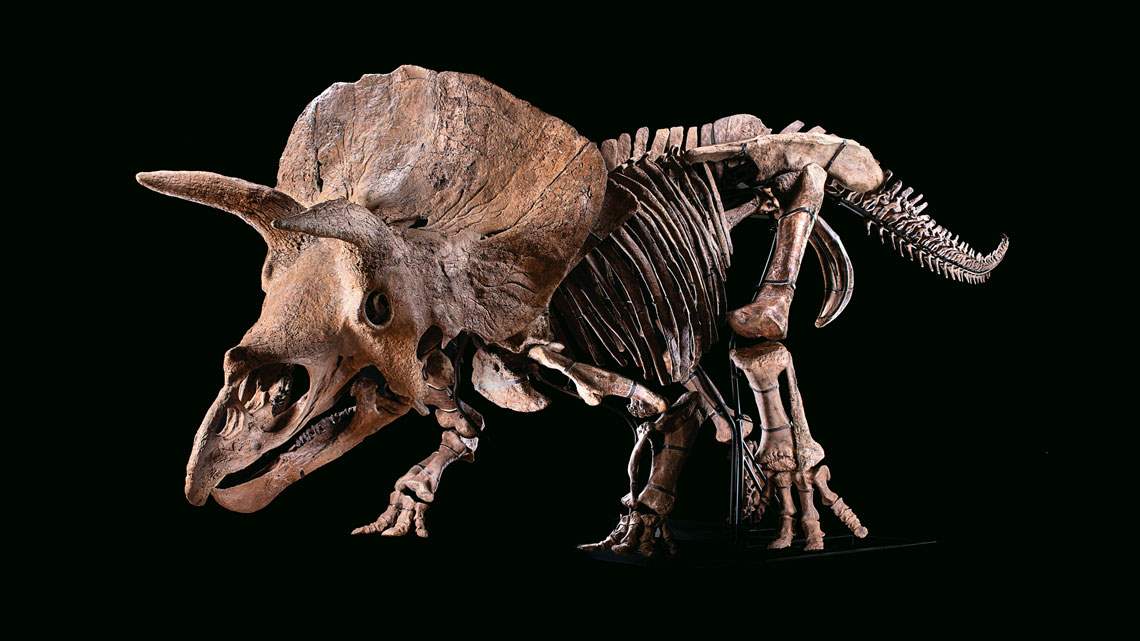 Big John's skeleton, which was restored in Italy

The dinosaur Triceratops horridus was a large, combative herbivore. It had three horns on its skull, as well as a huge bony plate protecting its neck. One of the largest specimens of the species was found in South Dakota, USA, in 2014—it was given the nickname Big John because of its vast size, at 8 meters (m) long by 3 m high. A study led by Ruggero D’Anastasio, an anthropologist from the Gabriele d’Annunzio’ University in Chieti, Italy, has shed light on the story behind a certain feature of the fossil that had intrigued experts. On the right side of Big John’s neck frill is a 20-centimeter (cm) by 5 cm perforation. It was previously unknown whether the hole was made before or after the animal’s death. Now, chemical and microscopic analyses have revealed that it is surrounded by newly formed bone, a sign of healing. The hole was likely the result of a fight with another triceratops some six months before Big John’s death, 66 million years ago (Scientific Reports, April 7).