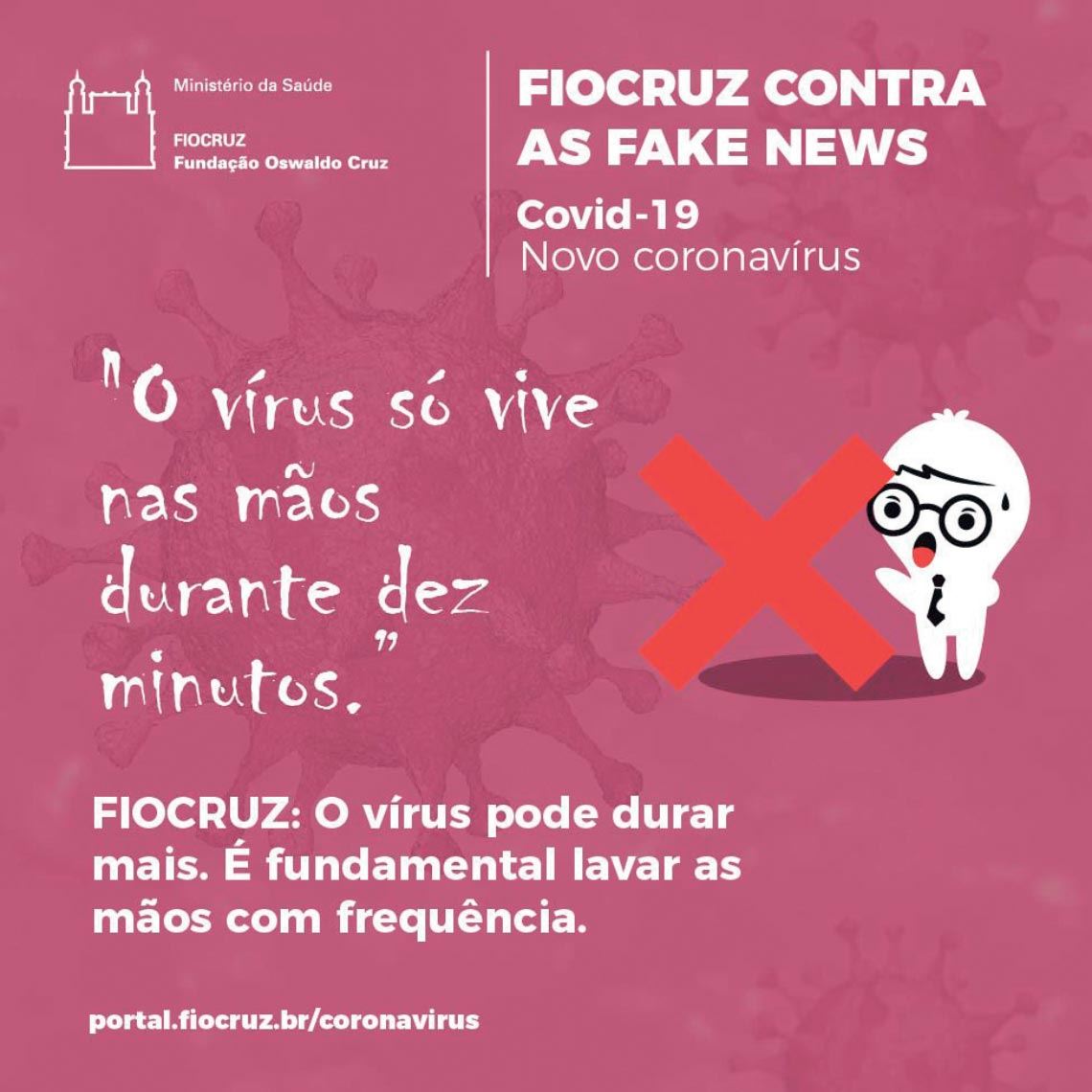 Scientific institutions, such as FIOCRUZ, have created websites to combat fake newsFIOCRUZ

An international group of doctors, epidemiologists, and social scientists examined roughly 2,311 opinion pieces, rumors, and conspiracy theories related to the COVID-19 pandemic circulating online, especially on social media and news sites, between December 31, 2019 and April 5 of this year (American Journal of Tropical Medicine and Hygiene, August 10). They analyzed texts published in 25 languages in 87 countries, including Brazil. Led by a team from the University of New South Wales in Australia, the study found that 24% of false claims related to the disease itself, how it is transmitted, and its lethality. Of all the fake news reports analyzed, 21% were about pandemic control measures and 19% were about COVID-19 treatments and cures. The cause of the infection, including its origin, was the central theme of 15% of the texts. Issues of violence were addressed in 1% of the reports, and the remaining 20% were related to other topics.