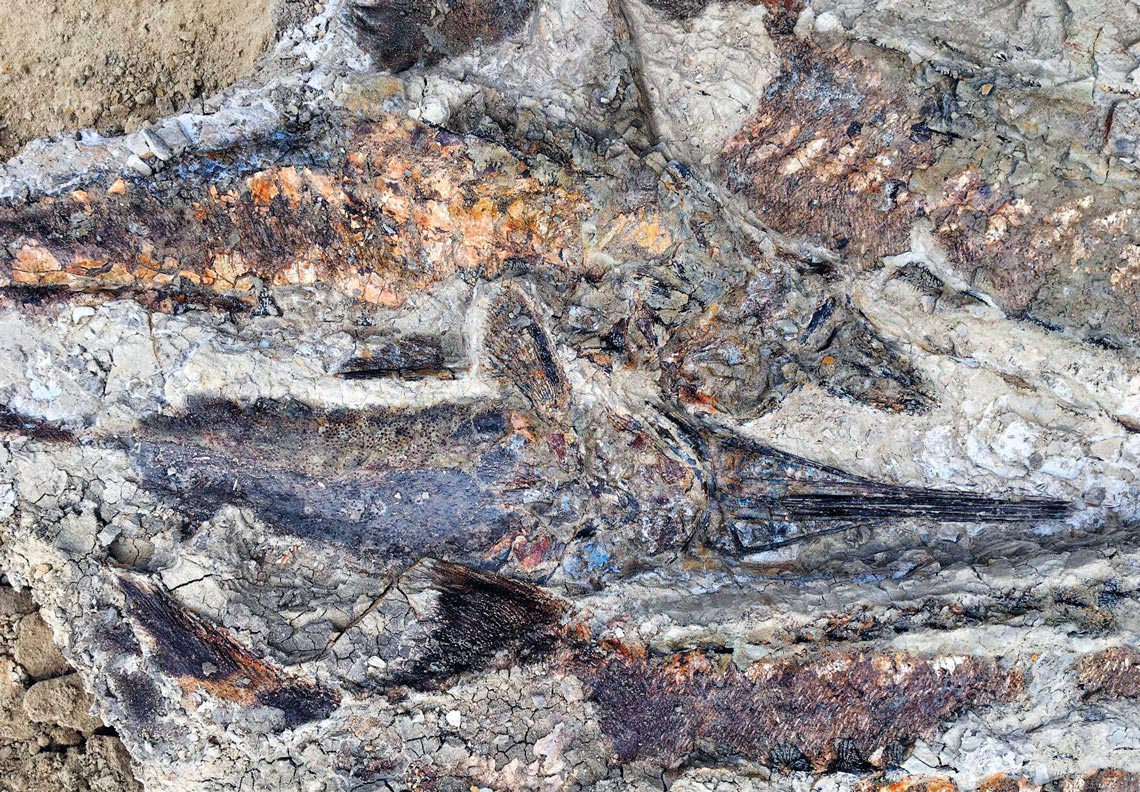 A graveyard of charred tree trunks and branches scattered with the fossils of mammals, insects, marine reptiles, and fish was recently found at an archaeological site in the US state of North Dakota. The discovery is helping researchers understand the events that followed the huge meteorite impact that hit Earth 65 million years ago and caused one of the planet’s largest ever mass extinctions of plants and animals, including the dinosaurs. Led by a team from the University of Kansas, researchers found the set of fossils after six years of excavations at the Tanis archaeological site in the Hell Creek Formation. According to the scientists, the site provides a detailed record of the devastation that occurred in the hours after a large meteorite hit Earth in what is today the Yucatán peninsula in Mexico. Climate change caused by the impact likely led to a mass extinction that marked the end of the Cretaceous geologic period. The meteorite left a crater 180 kilometers in diameter called the Chicxulub crater and launched billions of tons of molten rock into the atmosphere. It also would have triggered multiple earthquakes of great magnitude, as well as tsunamis and glass rain—phenomena that left a trail of destruction over a 3,000-kilometer radius (PNAS, April 1). The fossils contained evidence of this cataclysmic event, such as glass debris embedded in 65.8-million-year-old fish gills and tree resin.