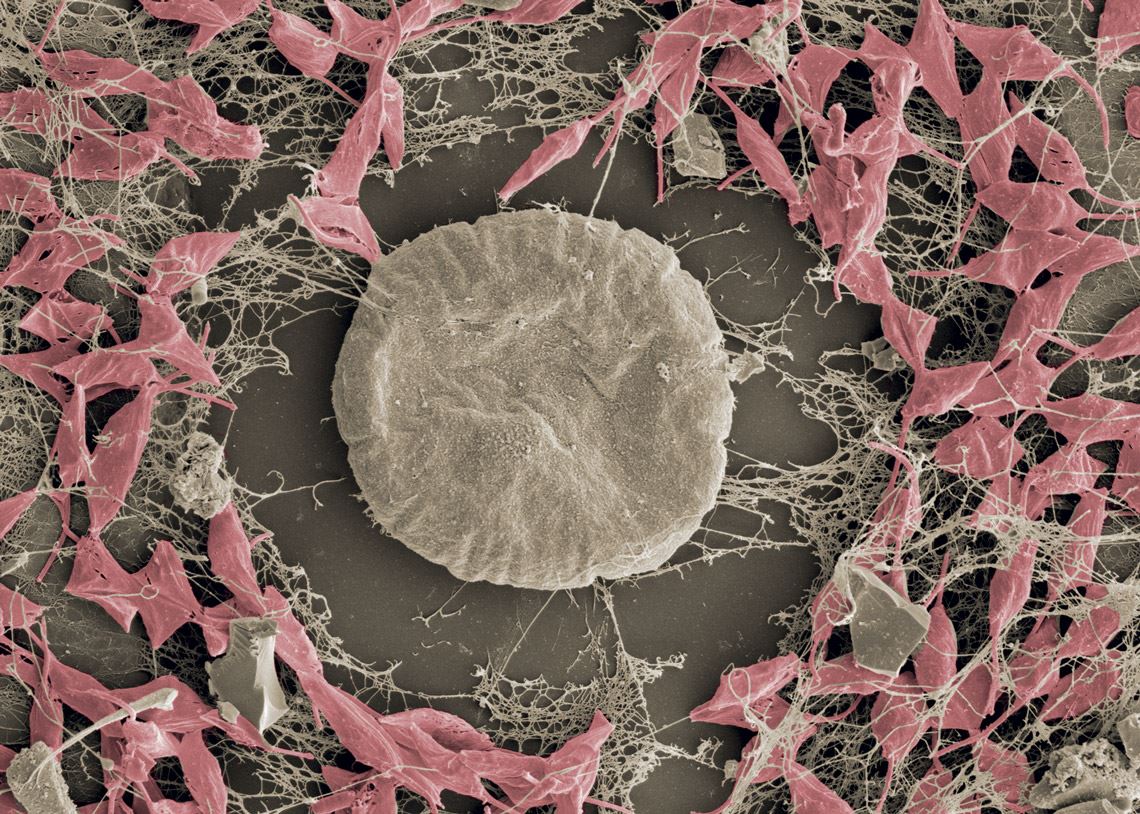 The protozoan Trypanosoma cruzi, which is transmitted to humans by Triatomine bugs (also known as “kissing bugs”) and causes Chagas disease, begins to reproduce as soon as it enters the human body. Mature forms of the parasite (with a flagellum) are carried by the blood and enter cells of the heart, spleen, and intestines, before transforming into a version (without a flagellum) capable of replicating. Within days, new protozoa fill the cell and are ready to re-enter the blood stream to initiate further invasions. The details of how it enters cells were already known, but little was understood about how it exits them. Biologist Éden Ferreira, who is doing a postdoctoral fellowship at the laboratory run by biochemist Renato Mortara at the Federal University of São Paulo (UNIFESP), used microscopes to observe and document how the parasite returns to the blood. As it matures, it releases enzymes that digest the cytoskeleton (the network of filaments that gives the cell its shape and helps sustain it). Finally, with the cytoskeleton weakened, the movement of the flagellated parasites bursts the cell membrane in an explosive process (mBio, June 22).