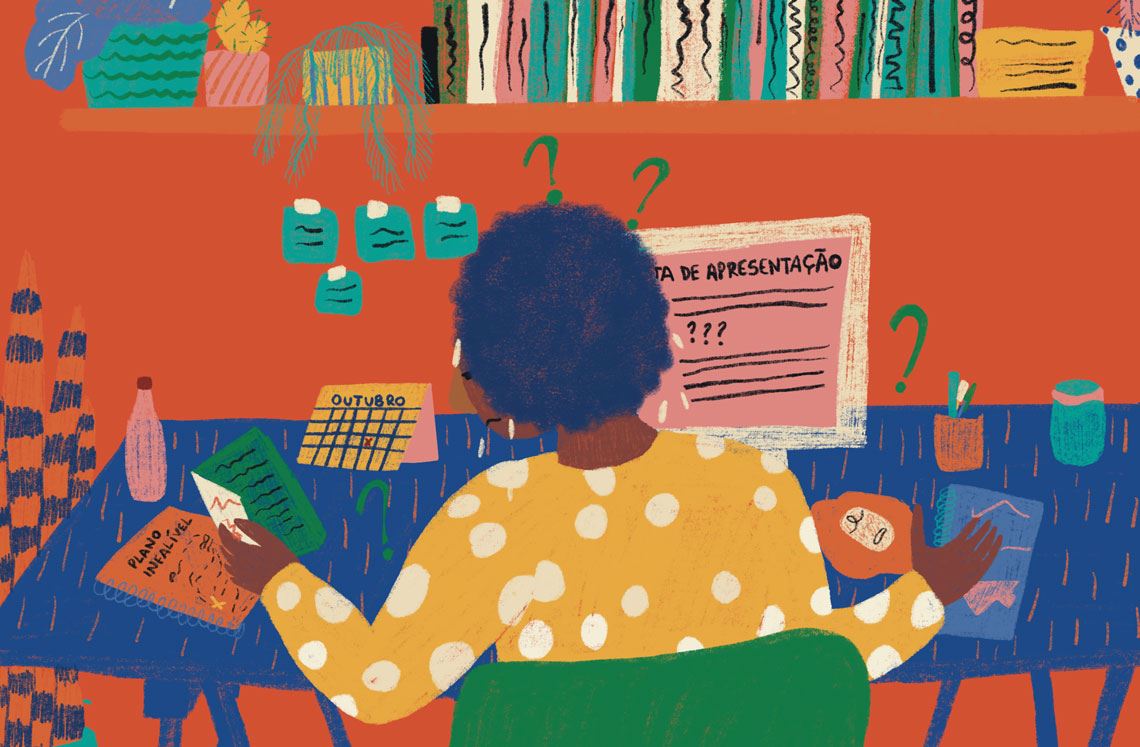 Although responsible for establishing a first impression during most applicant selection processes, and widely accepted and utilized in academic and professional circles, cover letters often raise questions when it comes time to write one. Which particulars should be emphasized? How does one combine personal and professional information? What needs to be included to generate interest in reading the accompanying curriculum vitae or résumé?

Whether submitting scientific articles, research grant applications, or applying for graduate programs, awards, or job opportunities, clarity and objectivity are basic elements when writing a letter of introduction. The cover letter also represents an opportunity for the author to demonstrate, in a maximum of two pages, their ability to organize ideas and be concise. “With 40 years of professional experience I can confidently say that only 10% of the letters I receive address these two essential points,” observes Bernadette Dora Gombossy de Melo Franco, director of the Food Research Center at the University of São Paulo (USP), one of the Research, Innovation, and Dissemination Centers (RIDC) supported by FAPESP. Franco observes that in addition to displaying a difficulty in getting straight to the point, it’s very common to receive cover letters without one direct mention of the recipient, suggesting that candidates have paid little individual attention to the institutions they seek to join. “In very generic letters, it’s immediately clear that the text was written to be sent to various places and to different people, without a specific destination in mind. Result: the content doesn’t attract the recipient’s attention.”

Simultaneous participation in several selection processes is quite common, especially among those seeking to enter a graduate program or looking for their first job opportunity. As each institution has its specific requirements, some prior inquiry regarding details about the position—which can usually be done via the internet—is recommended. “Familiarity with the curricula of researchers who work at the desired institutions and the lines of research available at each will make all the difference when developing convincing points for the cover letter, increasing your chances of getting noticed among the other candidates,” Franco adds.

How to look good in writing

1. Write the content of your cover letter well in advance
2. State your goals clearly and directly
3. Avoid using jargon, catch phrases, or emojis
4. Explain how your profile is the right fit for their opportunity
5. Submit the cover letter to more experienced colleagues for feedback
6. Avoid using ready-made templates available on the internet

The difficulty of writing in the first person and highlighting one’s professional qualities without sounding pretentious is one of the primary challenges. “Here at the center we receive letters from a variety of countries, from people with differing degrees of education. In most of them, you can see they have difficulty in presenting themselves,” Franco says. In a recent article published in the British journal Nature, scientists make recommendations on how to balance personal and professional information. According to Steve Oh, director of the Stem Cell Bioprocessing Group at the A*STAR Bioprocessing Technology Institute in Singapore, it’s important that candidates demonstrate their social skills and show an interest in teamwork. Wei Gao, a professor of mechanical engineering at the California Institute of Technology in Pasadena, in the United States, recommends a dose of common sense when writing a cover letter. In his opinion, it’s important to be restrained when describing one’s achievements, even if the writer has already achieved great accomplishments in their career.

“In addition to being brief, cover letters should reveal a candidate’s unique qualities. Less generic stories that show who they are professionally should set the tone,” suggests Bernardo Bueno, director of the undergraduate creative writing department and professor of the Postgraduate Program in Letters at the Pontifical Catholic University of Rio Grande do Sul (PUC-RS). However, he warns that prioritizing objectivity alone can make the presentation overly formal and obscure the motivations that led them to apply. “A candidate can demonstrate their interest by highlighting the aspects of their career path that address the specific opportunity being sought,” says Bueno. On the other hand, dwelling on highly subjective details can cause the evaluator to lose interest. Stories of overcoming difficulties are appropriate for cover letters, but they should be used sparingly to avoid having an effect opposite to that intended.

Franco, from USP, emphasizes the need to avoid language routinely used on social media. Ambiguous terms, inclusion of emoticons, or displays of intimacy are considered totally inappropriate. “There are those who choose to send videos, which may not be well received as part of a first contact,” the researcher adds, emphasizing the need to remember to include the other documents requested, such as a résumé or curriculum vitae. “When this happens to me, I ask our secretary to reply and ask for complete information, to avoid disqualifying them,” she adds.

But how does one take into account so many particulars and produce an appealing text without being impersonal or overly subjective? Considering that there are no rules that guarantee success with this type of communication, one fundamental approach is to carefully comply with all the application requirements. Some companies and institutions establish rules that must be considered when writing the cover letter, including filling out forms that precede the applications. “The language can also vary according to the different areas or departments. In the arts, for example, the text may refer to literary genres, which would not be encouraged in the exact sciences,” advises Rodrigo Petronio, director of the postgraduate creative writing program at the Armando Alvares Penteado Foundation (FAAP). Producing the text in advance also makes it possible to review its content and potentially revise it, without undue haste. “It’s very likely that the candidate will make mistakes if they write their letter at the last minute,” notes Bueno, from PUC-RS. 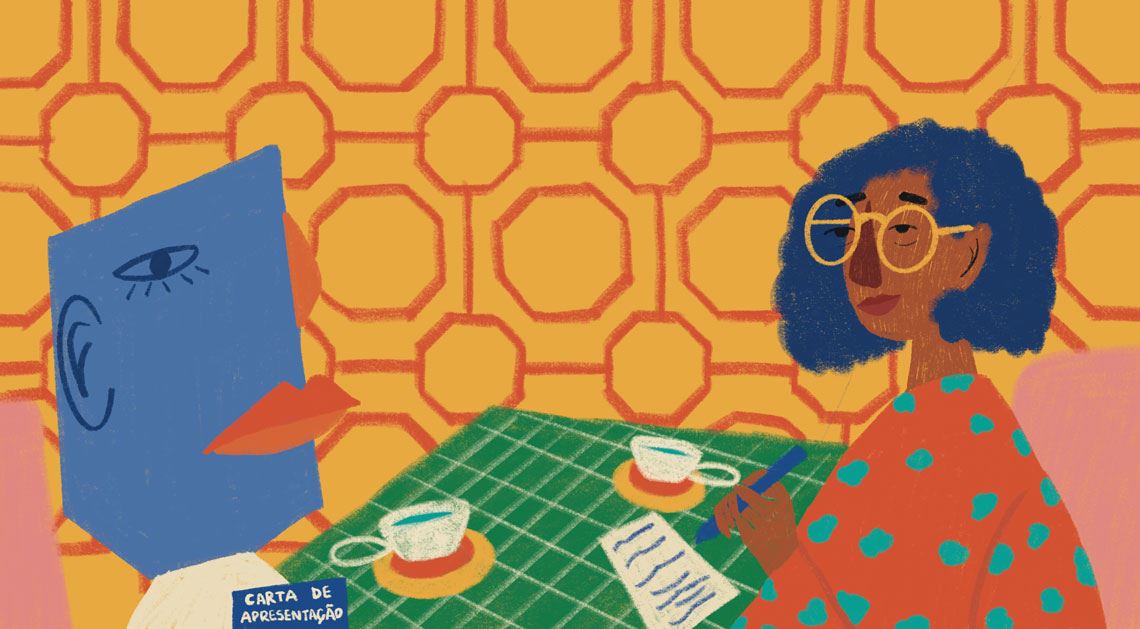 In addition to being part of the search for job vacancies, internships, or research grant applications, more recently letters of introduction have also been requested for admission to institutes of higher education. At the São Paulo School of Business Administration at the Getulio Vargas Foundation (FGV-EAESP), cover letters are a crucial element in the second phase of the selection process, in deciding who will go on to the interview phase. “Of course, at this stage, we don’t require candidates to highlight professional experiences, but it’s important that they describe their reasons for wanting to join our student body,” says Mário Aquino Alves, from the foundation’s Center for Public Administration and Government Studies.

Considered as a kind of calling card within the postgraduate selection process, evaluators use cover letters to help identify a candidate’s potential for commitment and dedication. Producing a so-called “academic autobiography” is also a way to practice writing about oneself.

After completing part of her master’s research at the University of Jaén, in Spain, Paraná biologist Josisleine Allaion paid close attention to the selection processes for openings at doctoral programs at Spain’s research universities this year, applying at several of them. In order to avoid running the risk of submitting generic cover letters, she adapted her information according to the different positions offered at each of the universities. “I paid attention to the spelling of the researchers’ names for whom the correspondence was intended, I described my objectives according to the lines of research available, and I tried to be clear about my reasons for choosing that institution,” says Allaion, who, even though she had the option to write the letters in English, chose to write in Spanish, to demonstrate her command of the language.

Accepted at six different universities, Allaion will begin her doctoral studies this month at the Department of Microbiology and Genetics at the University of Salamanca. She believes her cover letter was also important in securing a scholarship from Santander bank. Since the posting indicated priority would be given to candidates who had previously been grant recipients, Allaion realized the cover letters were an opportune way to inform evaluators that in 2020 she had completed her master’s degree in Food Science at the USP School of Pharmaceutical Sciences through a scholarship granted by FAPESP. “I also chose to insert the text of my cover letter directly into the body of the email, leaving only my résumé as an attachment,” adds Allaion. Despite the practice having been well-received by evaluators, it’s important to check if the application regulations contain guidelines on how cover letters are to be sent, which can range from the use of a specific file format to specifications regarding types of fonts and spacing.