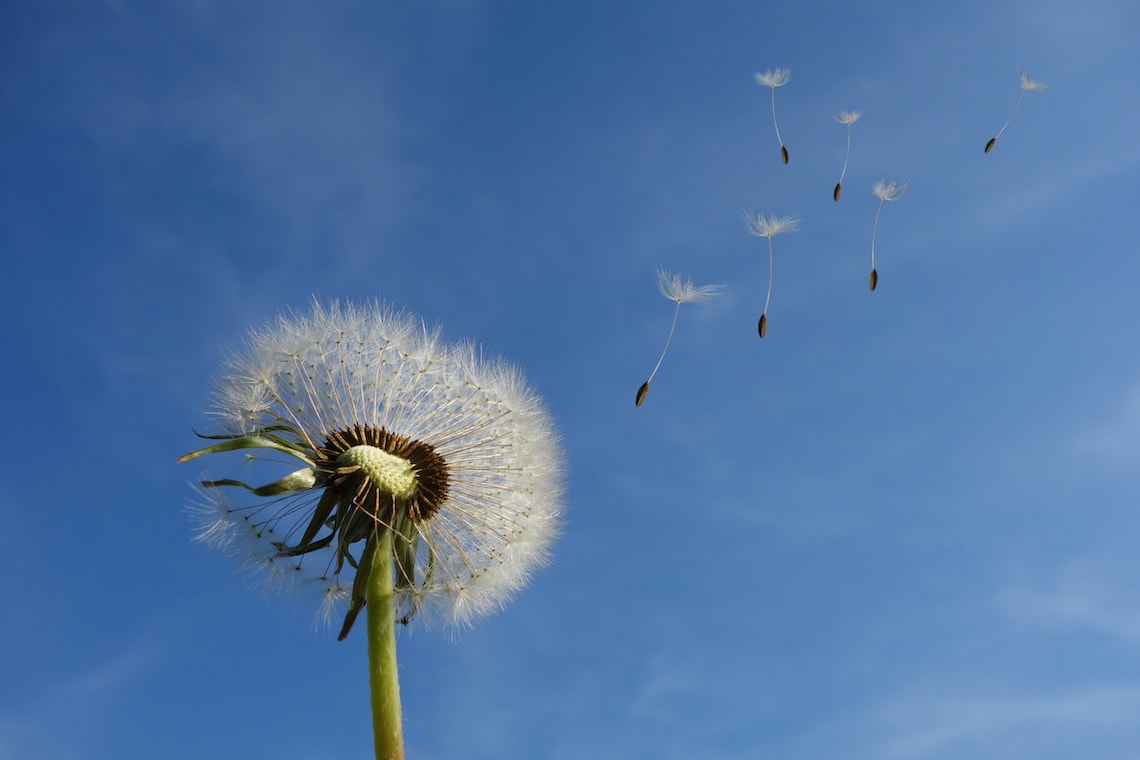 Airflow around the seed filaments helps them float over long distances

Almost everyone has at some time blown a dandelion and watched its seeds fly in the wind. Each seed has a parachute-like structure consisting of a stalk attached to a tuft of 100 filaments (called a pappus), allowing them to travel long distances before falling to the ground. This is how the species was able to spread around the world. Researchers from the École Polytechnique Fédérale de Lausanne in Switzerland, the University of Twente in the Netherlands, and the University of Pisa in Italy used fluid dynamics equations to analyze the flight behavior of dandelion seeds and modeled the airflow patterns that form around the pappus as it floats through the air (Physical Review Fluids, July 2). When the seeds are in flight, air passes around the filaments just as it passes above and below the wings of an aircraft. Some air also passes between the filaments. Together, these flow patterns generate a vortex above the pappus, creating an area of low pressure that pulls the seed up, reducing the speed at which it falls toward the ground. This flight mechanism was first observed and described in 2018 by researchers at the University of Edinburgh, Scotland. Now, in the new study, Swiss, Dutch, and Italian researchers have developed a model capable of projecting the same vortex formations above the pappus as observed by the Scots. They ran the model using different numbers of stalks and found that the ideal amount was 100, the same as found on a real pappus. With 100 filaments, the pappus floated more steadily. As more filaments were added to the model, the flight became less stable. When the number was reduced, the seeds were less well supported and the flight distance decreased.