Infrastructure and capabilities to generate and disseminate innovation in Brazil are unevenly distributed across states. A doctoral thesis defended by economist Daniela Scarpa Beneli in October, at the University of Campinas (UNICAMP), offers insight into these disparities. The researcher developed a methodology to calculate a Compound State Innovation Index (ICEI) based on a combination of 17 Science, Technology, and Innovation (ST&I) metrics—including training, research and development (R&D) expenditure, patents, and exports of technology-intensive goods (see infographic). The initiative drew inspiration from the European Union’s Summary Innovation Index, which combines 27 indicators to assess the innovation capabilities of member states and whether they are meeting established targets to make their economies more competitive.

The ICEI results place Brazilian states into four tiers. Leading the ranking are São Paulo, Rio Grande do Sul, and Paraná as “Innovation Leaders,” with strong performance on virtually all metrics. In the chasing pack are a group designated as “Strong Innovators”—Santa Catarina, Rio de Janeiro, Amazonas, and Minas Gerais—with overall performance at or slightly above the national average. Most states in this group perform equally well across the index dimensions, the one exception being Amazonas, which underperforms on indicators such as new master’s and doctorate graduates, but excels in dimensions such as the contingent of innovative manufacturing companies and technology- and knowledge-intensive exports, largely thanks to the Manaus Free Trade Zone.

The third group, designated as “Moderate Innovators,” has more weaknesses than strengths, but still performs satisfactorily on some indicators. The states in this group are: Pernambuco, Mato Grosso do Sul, Bahia, Goiás, Espírito Santo, Ceará, and Mato Grosso. The remaining North and Northeast states form the “Modest Innovators” group. With the exception of Pará, these states could not be ranked for lack of available data. The Federal District was excluded from the ranking as its performance is skewed by the virtually nonexistent presence of industry in the state. “Richer states were predictably better ranked,” says Beneli, now a professor at the Catholic University of Campinas (PUC-Campinas). “The ICEI index helps to show how innovation performance depends on multiple actors at different institutions and how well they are integrated together.”

São Paulo performed strongly on all 17 indicators, but was only top-ranked on 4 metrics relating to the international impact of university research and public and private investment in R&D: papers published per capita, state R&D expenditure, in-house R&D expenditure by innovation-based firms, and exports of technology-intensive goods. The state’s weakest performance was 16th place in “state expenditure on adjacent scientific and technical activities,” a dimension relating to scientific and technological services provided by libraries and science museums.

And while São Paulo’s graduate education system is the largest in Brazil, Rio Grande do Sul is the top performer in new master’s and doctorate degrees, as measured not in absolute terms, but per capita. “Rio Grande do Sul showed very consistent performance in all indicators except state R&D expenditure, which was far below the national average,” says Beneli.

The top performer in new tertiary graduates per capita and exports of knowledge-intensive services was Paraná, while it ranked poorly for “R&D expenditure by innovation-based firms,” an indicator of private-sector innovation effort. “The results for Paraná reveal the strength of its industry, but also the contrasting infrastructure deficiencies of its public research universities,” says economist André Furtado, a researcher at the Department of Scientific Technology Policy at UNICAMP, who supervised the thesis.

Santa Catarina, although grouped with the chasing pack, is Brazil’s leading performer on three indicators linked to intellectual property protection: patent applications, trademark applications, and design applications per capita. The state—which is home to some of Brazil’s most prolific patent filers, including names like Weg and Whirlpool in Joinville—ranks fifth for total trademark and patent applications at the National Institute of Industrial Property (INPI), with an average of 700 applications per year, but ranks first in applications relative to its population of just 7 million people. It also takes the first spot for state expenditure on adjacent scientific and technical activities.

Even states in the “Moderate Innovators” tier performed strongly on some dimensions. Pernambuco leads in corporate expenditure on innovation activities other than in-house R&D, and ranks second in exports of technology-intensive goods, with especially strong performance in vehicles and polymers. Mato Grosso do Sul is the strongest performer in research collaboration. Nearly one-third of its 251 innovation-based firms say they collaborate with other actors including universities and research institutions, a higher proportion than in any other state in Brazil. Goiás ranked first on one indicator: 49% of 3,941 firms responding to the IBGE Innovation Survey (PINTEC) said they had undertaken some kind of organizational or marketing innovation, the highest rate in Brazil in relative terms.

Amazonas led the ranking for product and/or process innovation at industrial companies and for ST&I occupations as a proportion of total occupations. The state’s strong performance in these dimensions reflects its investment in the Manaus Free Trade Zone, an industrial park created in 1967 that today hosts approximately 500 companies—largely in the televisions, IT equipment, and motorcycles segments—which benefit from tax incentives and locally produce some of the components used in their products. The Manaus Free Trade Zone has created wealth at an accelerated rate, but the benefits have not trickled down through the entire ST&I system. Amazonas ranked 13th in the ICEI index on indicators describing structural conditions, such as research output and new master’s and doctorate graduates. During a presentation in September to the Chamber of Deputies, economist Marcio Holland, of the Fundação Getulio Vargas’ São Paulo School of Economics, showed the results from a recent study on the benefits of the Manaus Free Trade Zone for the state economy. The paper corroborates the data in Beneli’s thesis: intensive industrial development in Manaus and surrounding areas has helped to improve income per capita in the region and skills levels among manufacturing workers. “But a more comprehensive development program is needed in the region, with a particular focus on investment in infrastructure,” says Holland.

For economist Sandra Hollanda, a member of the thesis examination panel, Amazonas is a peculiar case among Brazilian states. “Its performance is to a large extent linked to incentives under the “Lei de Informática” (Computing Law), and investments in skills building and infrastructure have yet to radiate across the broader state as they have in São Paulo and in the South.” According to Hollanda, who is a member of a FAPESP program that is developing a system of Science, Technology, and Innovation metrics for the state of São Paulo, composite indicators such as the ICEI are valuable in that they capture the broader picture of a complex innovation landscape. “This attracts public interest and generates debate, as well as helping policymakers ask the right questions,” she says. “But policymaking requires more than just general data or knowing the relative standing of each state. A deep-dive into disaggregated data is needed to gain an in-depth understanding of the problem.” 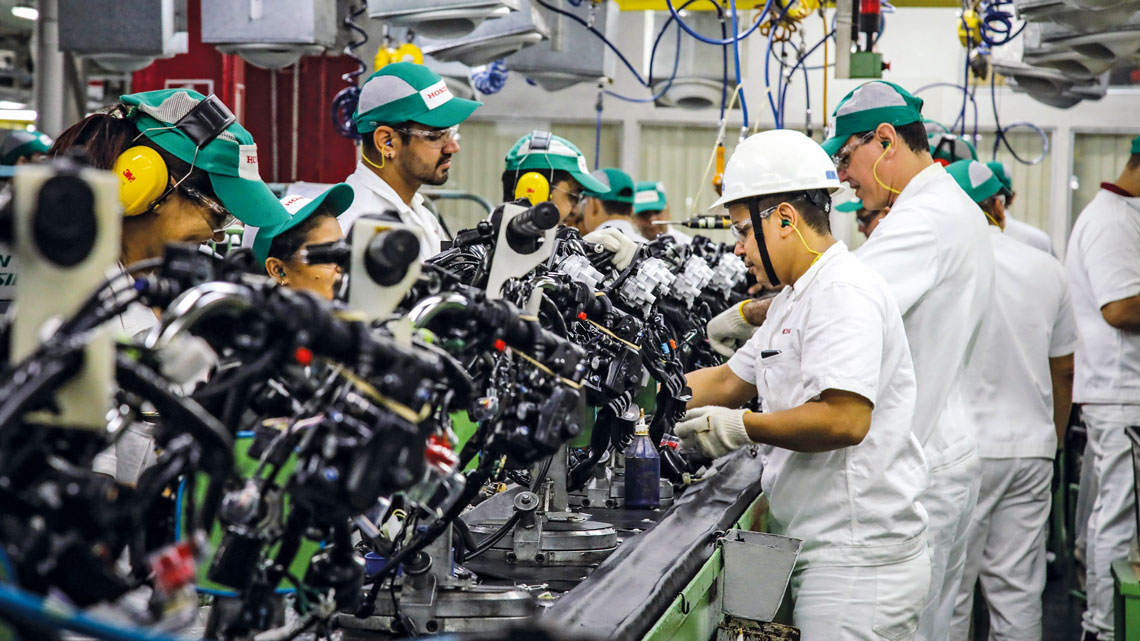 Some of the unexpected index results are explained by the peculiarities of the methodology. Espírito Santo came in last place on an indicator that measures performance on adjacent S&T activities, including investments in museums and libraries. Beneli explains that what this indicator measures is not aggregate investment, but only expenditure by the state government. Expenditures by the Federal Government in each state are not accounted for, one reason being that this data is unavailable. “States that have become overly dependent on Federal investment, like Espírito Santo, don’t do well in the ranking. But the indicator is significant in that it reveals governance issues in these states’ efforts to promote innovation.” The ICEI methodology shows, says Beneli, that each state has a different pattern of performance on the 17 indicators, reflecting the unique strengths and weaknesses of its innovation systems. “Understanding these particularities can support the formulation of better public policy,” she says.

Building the composite index was like solving a jigsaw puzzle with missing pieces. The biggest difficulty was in compiling PINTEC survey data, from which 5 of the 17 indicators were derived. Some states in the North, such as Acre, Roraima, and Rondônia, have less than the threshold share of manufacturing in the economy, and are therefore excluded from the PINTEC survey. The same is true of Alagoas, Sergipe, and Paraíba. The workaround was to calculate the data for these states in aggregate and rank them in the ICEI as “other North states” and “other Northeast states.” At a certain point in the development of her thesis, the challenge went from being one of building an optimal methodology to one of compiling insights from available data to produce the best possible indicator. Because the PINTEC survey has limited data about innovation in the services sector, the ICEI index covers only the industrial segment.

In other situations, data with analytical potential were available but would require additional methodological capabilities not currently available at government agencies, such as the Ministry of the Economy. “The index created by the European Commission includes data on exports of knowledge-intensive services. We have a tremendous database on service exports, with information going back to 2014, but we lack a methodology to define what knowledge-intensive services are. I used the European Union methodology to convert available data using UN nomenclature,” says Beneli. Research output is measured by the index in terms of published papers only, rather than citation impact as in the European Union. “The very limited citation impact in some states would otherwise exclude them from the composite indicator,” she says. “We need to accommodate conditions in Brazil. There are regions where investment in research is still very low and any scholarly publishing at all is already progress.” Beneli plans to expand the research that went into developing the ICEI methodology to explore the causes of strengths and weaknesses in individual states’ innovation systems.