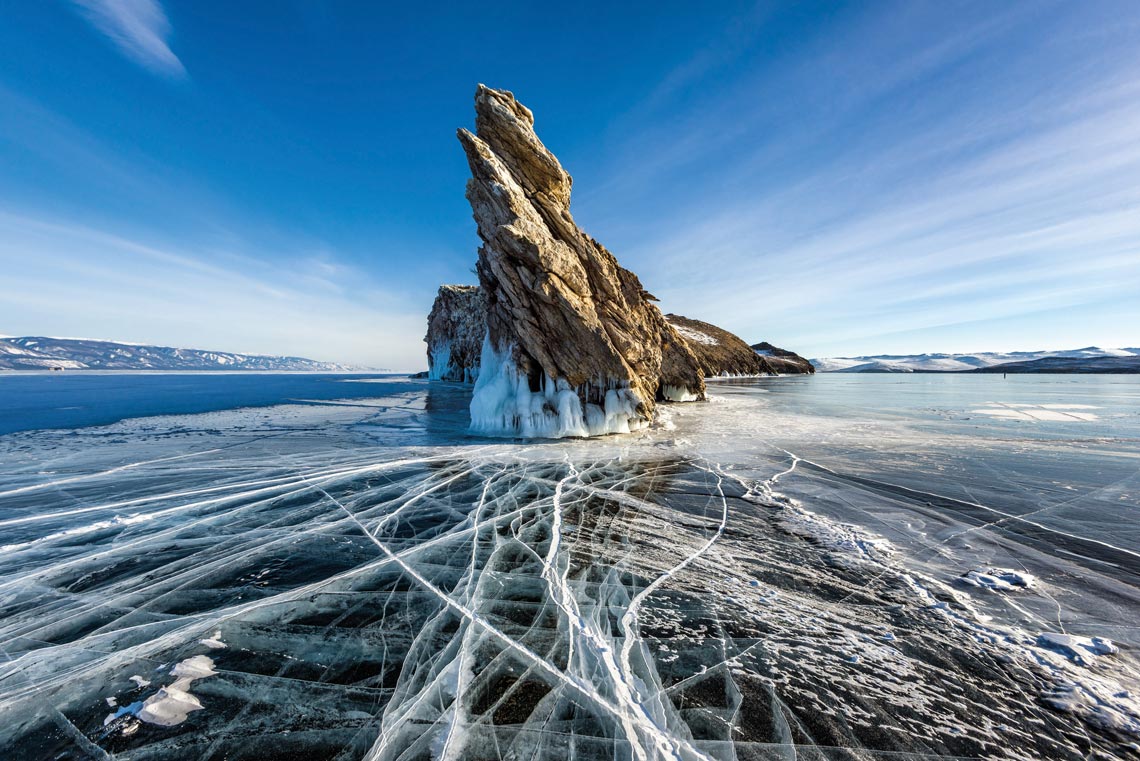 Lake Baikal, Russia, where the population of nerpa, a freshwater seal, has declined

Intensive fishing, sewage, fertilizer runoff, algae, invasions of exotic species, and tourism are altering the world’s largest freshwater lakes, such as the Caspian Sea, the largest lake on Earth at 3.6 million square kilometers (km2), which occupies five different countries in Asia. This is the conclusion of an analysis of 29 ancient lakes—most larger than 500 km2 and more than 10,000 years old—coordinated by Stephanie Hampton of Washington State University, USA (Limnology and Oceanography, April). In Lake Baikal, Russia, one major problem is the falling population of nerpa (Pusa sibirica), the world’s only freshwater seal, which was intensely hunted until 2007. Lake Titicaca, which covers an area of 8,562 km2 in the Andes of Peru and Bolivia, is polluted by agricultural fertilizer and sewage from nearby cities, stimulating the growth of algae and bacteria. The introduction of rainbow trout (Salmo gairdneri) to promote commercial fishing on the lake and the establishment of Argentinian silverside (Odontesthes bonariensis) have both damaged native fish populations and may have been behind the extinction of the Titicaca orestias (Orestias cuvieri). The researchers noted a high concentration of urban areas near the lakes, with 43 major urban centers on the banks of the Caspian Sea, six around the Aral Sea, (both in Asia), and five around Lake Maracaibo in Venezuela.