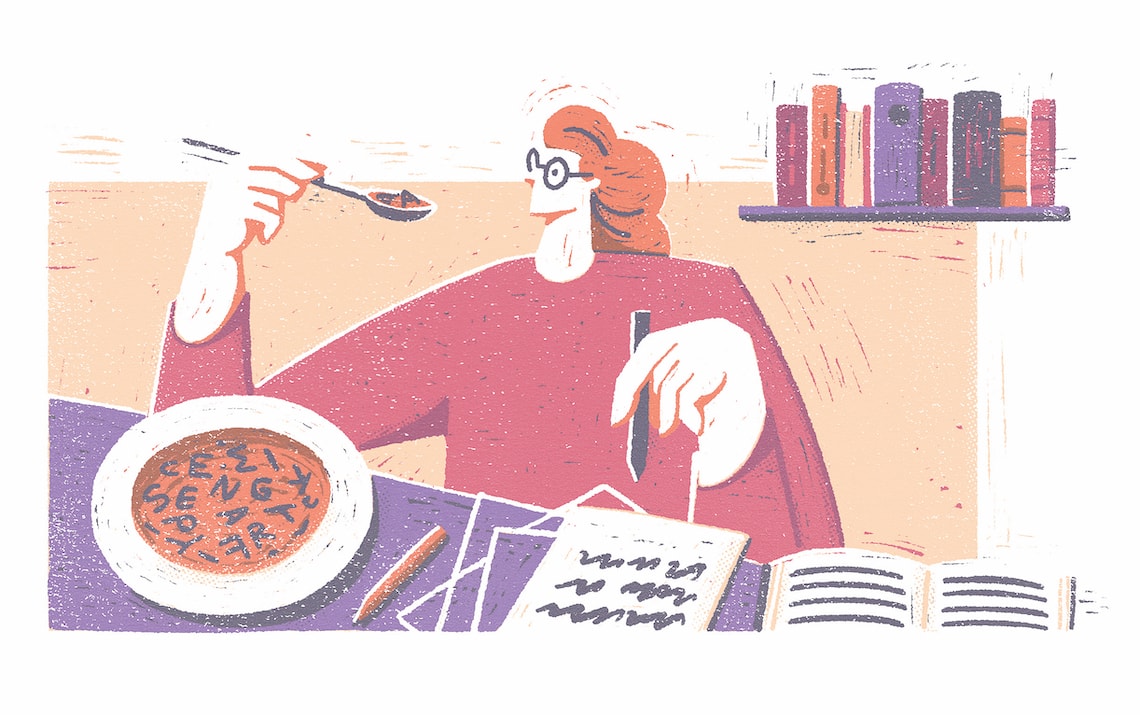 When publishing papers and sharing scientific discoveries, researchers around the world generally communicate in English. But this was not always the case. Until the early twentieth century, scientific publications were split between English, German, and French. “French and German used to be very important to scientific dissemination, until English took over and became the universal language among scientists,” says neurosurgeon Carlos Gilberto Carlotti Júnior, dean of graduate studies at the University of São Paulo (USP).

Aware of the need for its approximately 30,000 postgraduate students to master the English language, USP offers various programs and courses, including some developed by its National and International Academic Cooperation Agency (AUCANI), which is responsible for supporting the university’s academic community in exchanges with foreign institutions. “Today we have roughly 170 graduate courses being taught in English. The aim is to expose students to the language and encourage them to communicate and produce knowledge in English,” Carlotti Júnior explains.

USP is concerned with English proficiency for several reasons. In 2018, about 15% of students applying for the Overseas PhD Exchange Program (PSDE) were rejected because their level of English was not high enough. Run by the Brazilian Federal Agency for Support and Evaluation of Graduate Education (CAPES), the aim of the program is to organize research fellowships abroad for researchers working in fields that are less well-established in Brazil. “The requirements for comprehension, reading, and writing are stringent. Until recently, a letter from an applicant’s supervisor was all that was needed to prove their proficiency in English, but now they are required to take a test,” he explains.

Scientific babel
In the book Scientific Babel: How Science Was Done Before and After Global English (University of Chicago Press, 2015),  Michael Gordin, a professor of the history of science at Princeton University, describes how the dominant languages in science have changed over time. From the predominance of Greek and Latin, through Arabic, Italian, French, and German and then to English, the arduous nature of understanding foreign languages historically complicated economic exchanges and made exchanging scientific knowledge difficult. According to Gordin, English and French began to predominate after World War I (1914–1918), when Belgian, French, and British scientists boycotted the scientific output of Germany and Austria. As a result of historical and economic factors, English eventually became the lingua franca.

“This is also related to collaborations between diverse scientific peers,” says Fanny Béron of the Gleb Wataghin Institute of Physics at the University of Campinas (IFGW-UNICAMP). “It is important that science is produced in different languages, because diversity offers enormous benefits. But it needs to be disseminated in English,” adds the researcher, who is also a teacher on UNICAMP’s Scientific Writing in English course.

Agronomist Gabriel Colombo de Freitas, who is director of science, technology, and innovation at the National Association of Graduate Students (ANPG) and is currently studying labor economics and trade unionism at UNICAMP, believes that the need for English fluency in academia and its predominance in scientific dissemination reflect the geopolitical role played by countries such as the USA and England. “The fact that English has become the language of science and knowledge is linked to the political and economic hegemony of these countries,” he says, noting that the language courses offered by public universities are still very limited and are not able to respond to the full demand.

According to Paulo Artaxo of USP’s Institute of Physics and a member of the Intergovernmental Panel on Climate Change (IPCC), the importance of the English language in science will continue to grow. “The language has become essential. In the exact sciences, you can do nothing without using English. And a basic understanding, which allows you to read articles, for example, is not enough. You have to be able to interact with other researchers,” he says.

With an academic career spanning over 40 years, Artaxo says he started speaking English as a result of participating in conferences abroad. In 2016, the Getulio Vargas Foundation Business School in São Paulo (FGV EAESP) began offering its entire business administration undergraduate course in English. “The institution was one of the first in the country to offer an undergraduate course where 100% of classes, assignments, and tests are conducted in this foreign language,” says the course coordinator, Renato Guimarães Ferreira. The initiative, which now has about 40 students each semester, began gradually by providing elective classes in both English and Portuguese.