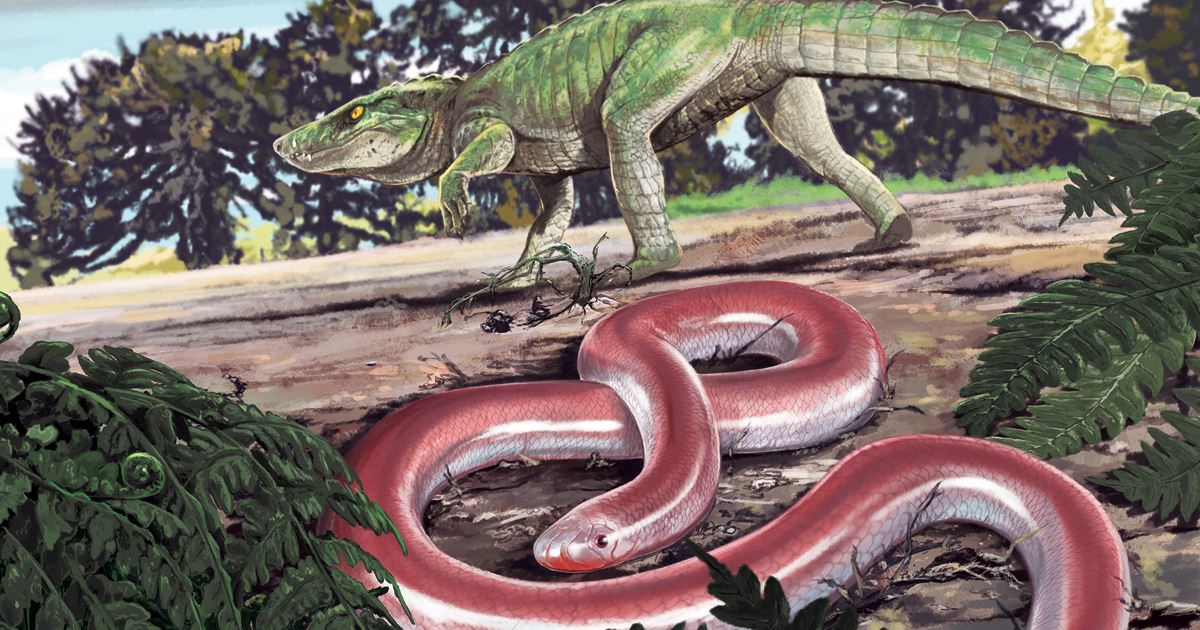 Paleontologists from the University of São Paulo (USP), Ribeirão Preto campus, have identified the world’s largest and oldest blind snake, a burrowing reptile with reduced eyes. A fossil of the new species, named Boipeba tayasuensis, was found in the municipality of Taiaçu in the north of São Paulo State. The specimen lived 87.8 million years ago and was about 1 meter long, three times the size of present-day blind snakes (iScience, November 19). “The description of this new species suggests that blind snakes later evolved to become smaller,” says USP paleontologist and study leader Annie Schmaltz Hsiou. In the Tupi-Guarani indigenous language, the term boipeba means flat snake, a reference to its flat vertebra (the only bone fragment of the animal found). Tayasuensis refers to where the fossil was found in 2009, on the outskirts of Monte Alto, a municipality known for its dinosaur and crocodile fossils. Prior to this new discovery, the oldest fossil records of Scolecophidia, the infraorder that includes blind snakes, were 56 million years old, found in Africa and Europe.