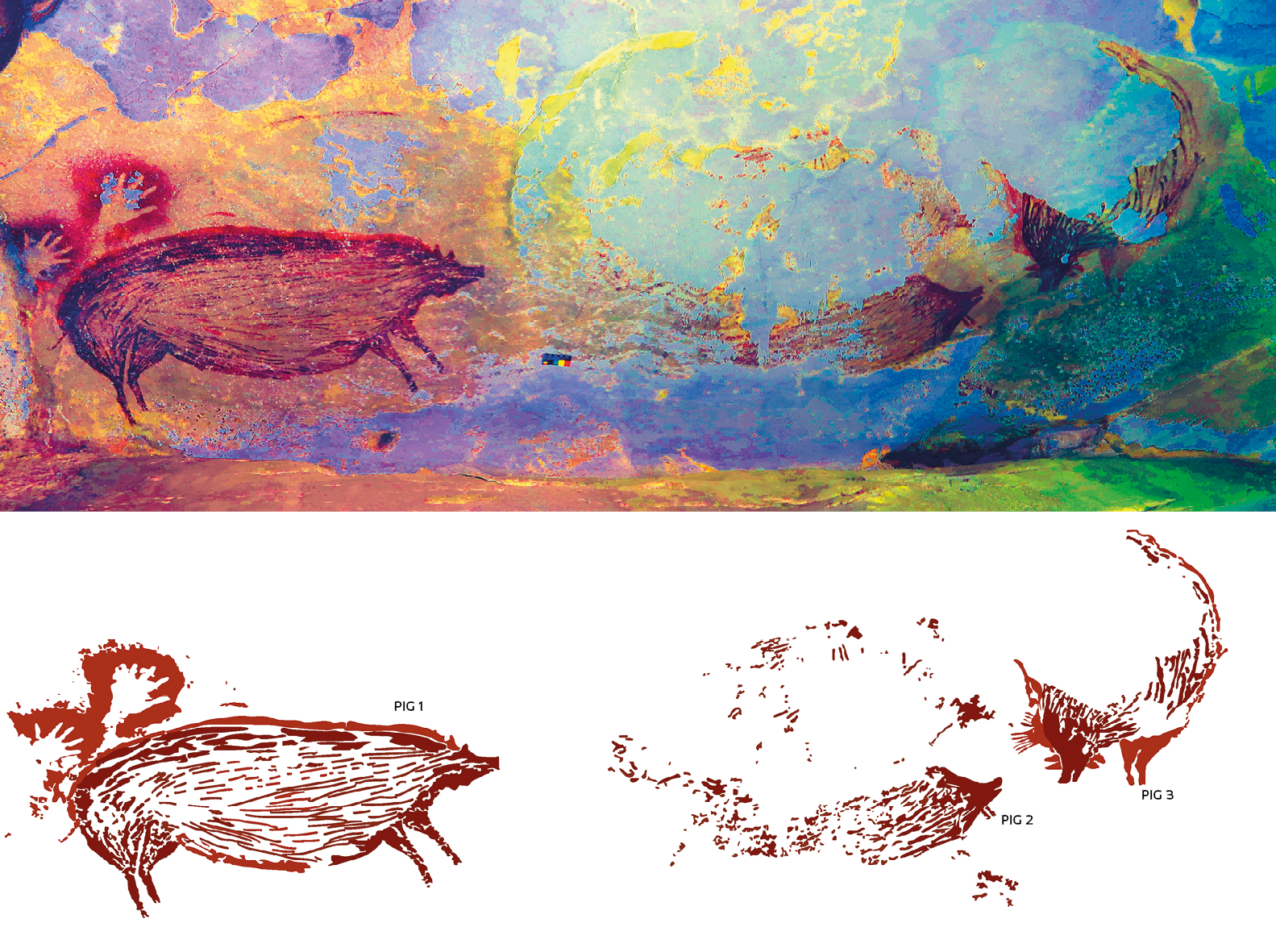 45,500-year-old cave painting of pigs found in IndonesiaA A OKTAVIANA

A scene portraying pigs native to Indonesia could be the oldest figurative painting attributed to modern humans (Homo sapiens) ever found. In 2017, a team led by archaeologist Adam Brumm of Griffith University, Australia, found a painting of at least three pigs in the Leang Tedongnge cave, which is part of the Maros-Pangkep limestone cave complex in the south of Sulawesi, the largest island in Indonesia. Dating of the sediments accumulated on the painting indicates that it was created at least 45,500 years ago. The archaeologists believe the image, made using iron oxide–based pigments that give it a reddish hue, depicts the Celebes warty pig (Sus celebensis), a medium-sized species endemic in Sulawesi. The painting consists of at least three specimens of the animal, two of which are incomplete due to erosion of the cave wall (Science Advances, January 13). In 2019. Brumm’s group found a similar pig painting dated at 43,900 years in another cave in the region. The art is the oldest evidence that modern humans lived on the islands that are now part of Indonesia. Older cave paintings have been found in Spain, with an estimated age of 65,000 years. However, they are attributed to Neanderthals (Homo neanderthalensis), an extinct species of archaic humans, and they are not figurative.