Approximately 12 million years ago, Europe looked very different to the present day. To the west was an archipelago that separated the continent from Africa. To the south, the landmasses of the Balkans and Asia Minor (now Turkey) were also disconnected, allowing for the formation of lakes that would later become the Aegean Sea. Its most spectacular natural formation was a gigantic brackish water lake called Paratethys, which was about 10% larger than the present-day Mediterranean Sea and was situated between the eastern Alps in the center of Europe and what is now Kazakhstan in Asia. It is unknown exactly when Paratethys separated from the north of the world’s ancient global ocean, but a study published in the journal Scientific Reports in June more precisely outlined the limits of the largest known lake ever formed on Earth and described its volatile geological history from beginning to end, marked by expansions and shrinkages. The Caspian, Black, and Aral seas are modern vestiges of the megalake, which ceased to exist when it reconnected to the ocean around 6.9 million years ago.

The dimensions of this huge, confined body of water surprised the researchers. “After analyzing maps and data, when we finally calculated the lake’s surface and water volume, we were amazed. It was much bigger than we ever imagined. We retook the measurements several times to make sure we were right,” says Romanian geologist Dan Palcu, the lead author of the article who is doing a postdoctoral fellowship at the Institute of Oceanography (IO) of the University of São Paulo (USP) with a grant from FAPESP, began studying the region during his PhD at Utrecht University in the Netherlands. At its height, the brackish waters of Paratethys spread over an area of 2.8 million square kilometers and held 1.77 million cubic kilometers (km3) of water, more than 10 times the volume of all the world’s modern lakes put together.

Palcu’s interest in the ancient megalake began as a child living in the mountains of Transylvania. Despite living hundreds of miles from the ocean, he built up an impressive collection of marine fossils, all found in his backyard. “To get to the nearest sea—which was the Black Sea—I had to cross two mountains and travel almost 1,000 km,” recalls the geologist. The sheer number of fossils he found was a sign that as claimed in the literature, there had once been a large brackish lake or a kind of inland sea in the area in the distant past.

To uncover Paratethys’s history, Palcu and his colleagues from Romania, Russia, the Netherlands, and Germany, who coauthored the study, used stratigraphic data from different rock layers in the region and paleogeographic reconstructions made in 3D models. The sedimentology and paleomagnetism were studied using samples from layers collected in the Carpathian regions of eastern and southern Romania, the western and southern coasts of the Black Sea (in Bulgaria and Turkey), and the valleys south of the Caucasus Mountains (in Georgia and Azerbaijan). Although the scientists were able to establish a timeline of the megalake’s history, many questions remain unanswered.

Floods, droughts, and minke whales
During the period of its greatest stability between 11.6 million and 9.75 million years ago, a peculiar fauna developed in Paratethys, an aquatic world with no connection to any of the oceans. It was during this period that smaller versions of the whales and dolphins that originally lived in the seas adapted to living in the megalake. Species like Cetotherium riabinini, an extinct type of minke whale that was only 3 meters long, originated in the closed waters of Paratethys. 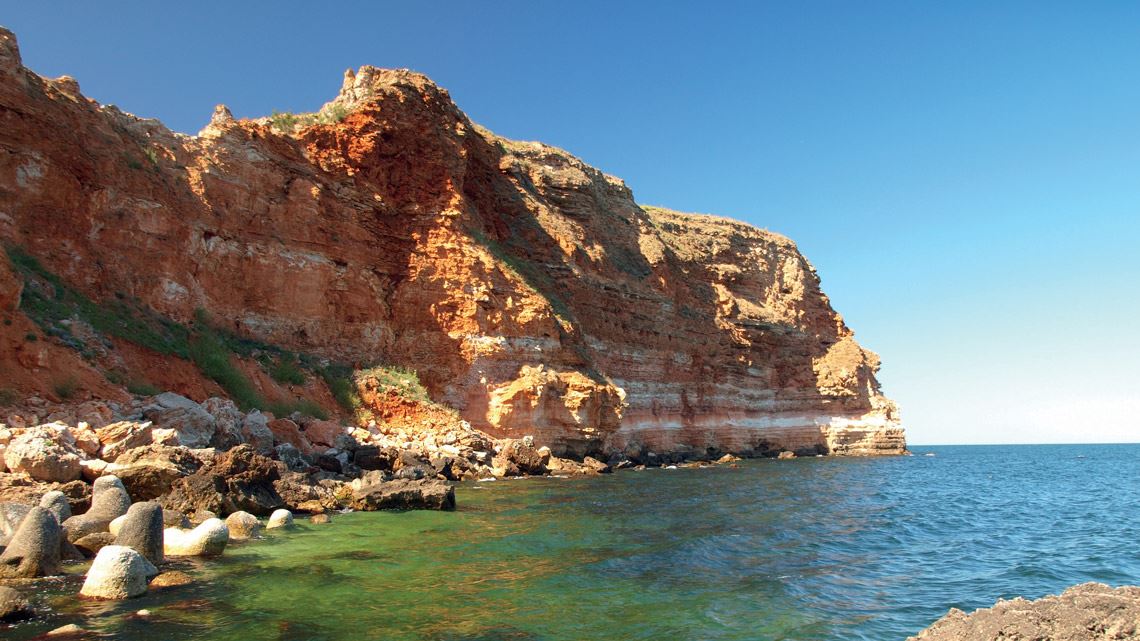 About 9.6 million years ago, the megalake began to experience more severe consequences of climate change. During a particularly dry period, the water level dropped by 150 meters. As a result, multiple peripheral freshwater basins and a much saltier central area emerged, where the Black Sea is now located. Many species were unable to survive the biochemical changes in the water caused by this division. Between 9.5 million and 7.65 million years ago, the megalake went through three periods of filling up and three of partial desiccation (loss of water).

When it was increasing in volume, the fauna that survived the dry periods repopulated the waters of Paratethys. But the most recent drought, which occurred between 7.9 million years and 7.65 million years ago, was unprecedented in scale. Water levels fell by 250 meters. As the lake was once again divided into peripheral and central basins, the water toxicity reached new heights, causing another mass extinction. Soon after, the region went through another major wet period during which rainfall and increased river flow restored the lake to previous levels. Finally, 6.7 million years ago, the lake was reconnected to the ocean via the Aegean Sea.

During periods of partial desiccation, up to one third of Paratethys’s water was lost to evaporation and its surface was reduced by 70%. “It must have been a postapocalyptic prehistoric world, an aquatic version of the wastelands from Mad Max,” says Dutch geologist Wout Krijgsman of Utrecht University, co-author of the article. The fauna of the megalake presents many mysteries that remain unsolved. Most of the species have died. The descendants of the few that survived are highly resistant and can cause problems in other lakes. “Some mollusks found refuge in the Caspian Sea region and evolved over millions of years,” says Palcu. “In the 1950s, when the Volga and Don rivers in Russia first connected to the sea through a network of channels that pass through the Caspian and Black Seas, some of these mollusks hitched a ride on ships and eventually arrived in the great lakes in North America, where they decimated native species.”

Current climate change could lead to the troubled geological history of Paratethys repeating itself in the water bodies of present-day Eurasia. The Caspian Sea, the largest salt lake on Earth, is threatened with desiccation, and the Black Sea in Turkey is suffering as a result of a recent ecological disaster. A green slime formed of algae has appeared in great quantities in its waters, a phenomenon attributed to pollution and climate changes. With this new data on the evolution of the ancient megalake, the researchers hope to contribute to the development of models that can more confidently predict what might happen in the interior of continents during times of environmental stress. “When we compare the chronology of the crises faced by Paratethys with the history of Eurasia, we observe that the critical periods coincide with changes in the landscape throughout this region, such as episodes of aridity in Arabia or the loss of tropical forests in Spain, for example,” explains Palcu. “We don’t have a complete hypothesis for this, but it seems that these crises are not local. They create a domino effect that can impact regions thousands of kilometers away.”

The evolution of the ancient Eurasian megalake may also help scientists better understand an underwater phenomenon seen near the coast of Southeastern Brazil—the so-called pre-salt, rich in oil and natural gas, located below the salt layer at depths of 3,500–5,500 meters below the seabed. “Environments like Paratethys, especially during periods of partial desiccation, must have been similar to the basins that formed the Atlantic pre-salt,” says Italian marine geologist Luigi Jovane of IO-USP, Palcu’s postdoctoral supervisor. According to him, the Paratethys study could become a reference for understanding the pre-salt reservoirs that emerged before the opening of the Atlantic Ocean.

Their geological histories feature the same events but inverted. In Eurasia, an ocean turned into an inland sea due to salt deposition. Here in South America, the process occurred in reverse order. “First there were lakes and then the South Atlantic was formed. By this analogy, the megalake phase in Eurasia corresponds to the appearance of the pre-salt. The geological history there is more accessible, deposited in the mountains and hills, making it possible to construct an accurate image of the past. Here, this history is buried at the bottom of the sea,” explains Jovane.