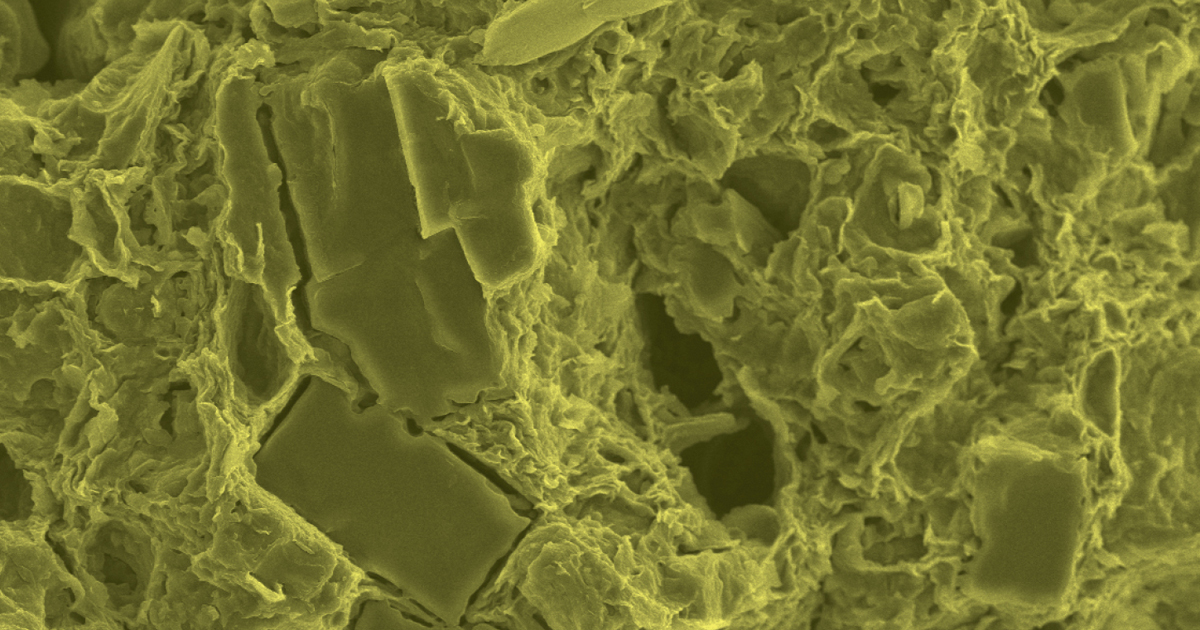 Nanoparticles of urea, which adds nitrogen to the soil, enclosed in clay

One of the possibilities nanotechnology provides is the ability to reduce or eliminate the use of fertilizers, herbicides, and insecticides in agriculture, decreasing environmental impacts without losing efficacy. An experiment by researchers in São Paulo demonstrated that oil of the citronella plant, which repels insects and mites, can be inserted into nanoparticles of zein, a protein extracted from corn, and may be useful in agriculture. “We have developed nanoparticles of citronella oil 150 to 200 nanometers in size [1 nanometer is 1 millionth of 1 millimeter], which protect and release the substance into plant leaves more slowly. Traditional spraying of this repellent leads it to volatilize quickly because of sunlight or high temperatures, and does not provide the desired effect for very long,” explains chemist Leonardo Fraceto, professor at the Institute of Science and Technology at São Paulo State University (UNESP) in Sorocaba. He coordinates a group that includes researchers from the Biology Institute at the University of Campinas (UNICAMP), other units of UNESP, Sorocaba University, and Londrina State University.

The repellent proved effective, stopping the targeted pest, the two-spotted spider mite (Tetranychus urticae), from coming near bean plants; these arthropods also attack other crops such as soybeans and tomatoes. “This type of pesticide could be used to control mites, especially in organic agriculture,” says Leonardo Fraceto. As the researchers expected, the formulation volatilized slowly, making the effect of the essential oil more effective. The study was published in January of this year in the Journal of Agricultural and Food Chemistry.

Researchers from the National Laboratory for Nanotechnology in Agribusiness (LNNA) at EMBRAPA Instrumentation in São Carlos, São Paulo State, share the same environmental concerns. “One of our strategies is to use nanoparticles of clay and hydroxyapatite [a substance comprised of calcium and phosphate present in the bones and teeth, which can be synthesized in the laboratory] to develop a nanocomposite with urea, a nitrogen-rich fertilizer,” says materials engineer Cauê Ribeiro, a researcher at EMBRAPA and coordinator of the Network for Nanotechnology Applied to Agribusiness (AgroNano Network). Urea is also a volatile substance, and in this process emits nitrous oxide, a substance that contributes to the greenhouse effect. Traditional pelleted urea remains in the soil for 14 days; with nanoparticles, this period extends to 42 days or more, losing up to 50% less to the environment from volatilization.

Nanoparticles encapsulated in clay, hydroxyapatite, or polymers can be produced with equipment used in the plastics industry, for example, and can be pelleted like other products. The production process is similar. Ribeiro explains that another advantage of this technological process is that less fertilizer needs to be brought to the fields.

“Shipping is the major cost involved in traditional fertilizers for farmers. If we can make a material with a high level of fertilizer in nanoparticles per gram of the final product in the form of pellets, which remain in the soil for longer, transport costs can be reduced,” he adds. Fertilizers or insecticides involving nanotechnology are not yet for sale. “The research is concentrated in countries with tropical agriculture like Brazil and India, which have similar agricultural problems.” Here, unlike in the United States and Europe, most farmers do not turn over the soil for fertilizing and planting because there is a risk that this might speed erosion, and also because this technique does not take advantage of the nutrients in the soil. In Brazil, fertilizer is predominantly applied on top of the soil instead of burying it, which leads to volatilization and greater dispersion of fertilizers and other inputs from irrigation and rain. “Attention to this area from researchers and companies in developed countries is still recent.”

The study conducted by Ribeiro’s group has resulted in two partnerships. One involves the Australian company Nufarm, to develop an agricultural defense against nematodes; these worms attack the roots of the plants and rank among the main phytosanitary problems in Brazilian agriculture. Because of contractual restraints Ribeiro was unable to share details, but stated that the pesticide which is now being enveloped within a biodegradable polymer has been used for many years. The goal is to attack the pest quickly and avoid the need to apply more agrochemicals in the soil. Besides Brazil, the product is expected to be distributed in several countries. The other partnership is with Domínio Tecnologia Química, of Pindorama, São Paulo. “Together we are developing a sulfur nanocomposite to carry micronutrients like zinc, copper, and boron in the soil.”

Patent
Fraceto’s group may also have a product on the market. The university is negotiating with a company to license a patent, in partnership with UNICAMP. The venture involves nanocapsules containing atrazine, a conventional herbicide enclosed within a biodegradable polymer called polycaprolactone. “This herbicide is banned in Europe, but is accepted in Brazil and the United States. With the nanocapsules, we can decrease the amount used and environmental impacts, with the same efficiency,” explains Fraceto.

In another field of study involving the same nanocapsule, Fraceto is conducting studies with researchers from Imperial College in the United Kingdom to determine the toxicity of this nanocomposite in relation to spray application. “We are using lung cell models to determine whether these atrazine nanoparticles can be harmful to the people who apply the product on the field.” Traditional application requires masks and special clothing. The researchers expect to use the nanoparticulate product in the same way, with workers using safety equipment.