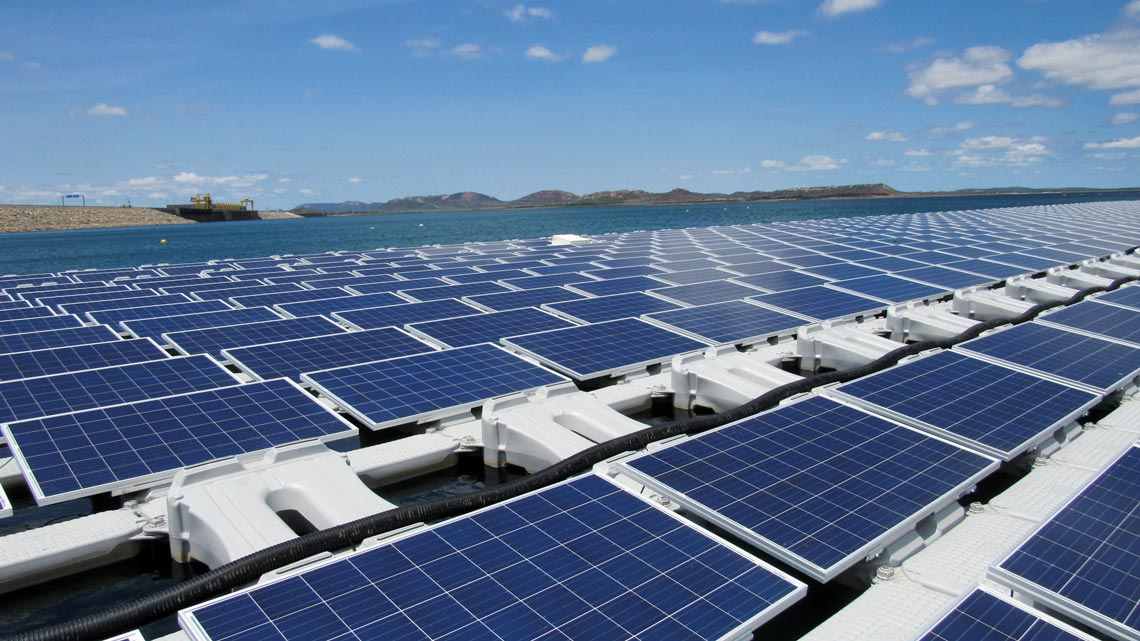 Fixed to the bottom by cables, the panels use the hydroelectric plant's existing distribution line

Companhia Hidrelétrica do São Francisco (The São Francisco Hydroelectric Company – CHESF) recently installed 7,300 solar panels across 10,000 square meters of the Sobradinho Hydroelectric Power Plant’s reservoir on the São Francisco River in Bahia. The solar farm, as of December 2018, is capable of generating 1 megawatt peak (MWp). Such installations have previously only been built on land. The floating platform is fixed to the bottom of the reservoir by cables. Alternating current-direct current (AC-DC) converters will soon be installed to connect the solar farm to the transmission lines of the main plant. The new floating photovoltaic system, cooled by the water and wind, is believed to be more effective than panels installed on land, which are less efficient in extreme heat. The effects of such energy production on river fauna are still unknown. At an estimated cost of R$56 million, the new solar farm is expected to be completed in the second half of 2019 with the installation of another 42,700 panels in the region, increasing its potential energy capacity to 4 MWp, enough to supply power to up to 20,000 homes. CHESF is using the project to demonstrate the technical, economic, and environmental feasibility of floating solar farms. If it works, more could be built on other reservoirs or even on large rivers such as those in the Amazon and the Midwest of Brazil, avoiding the need for land expropriation and reducing energy loss.