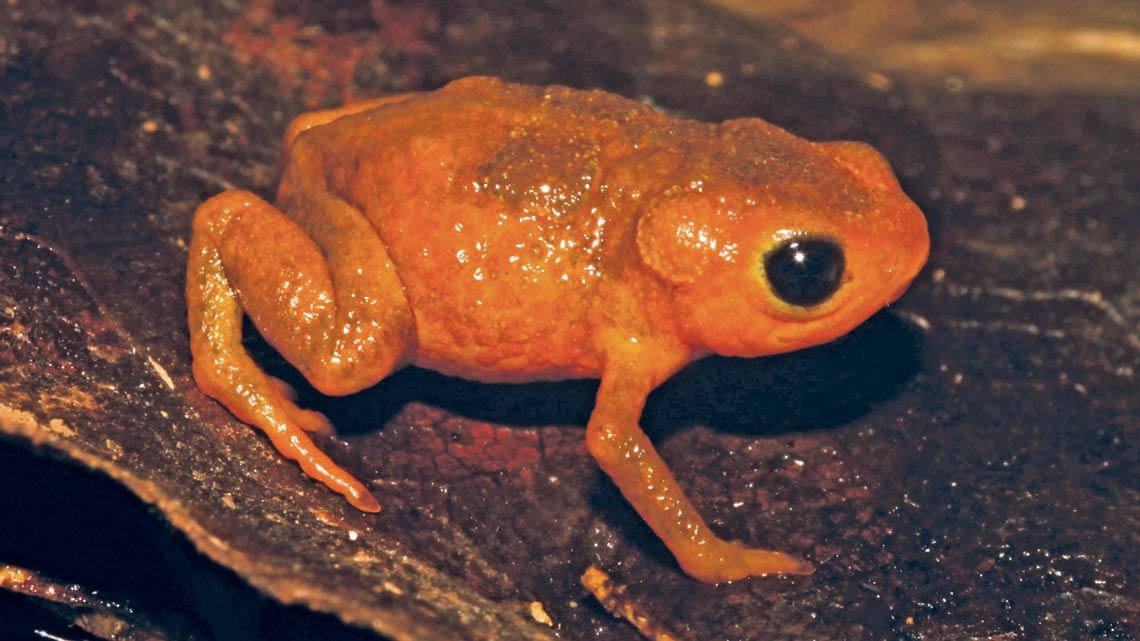 In well-preserved remnants of the Atlantic Forest, one of them situated in the south of São Paulo, South America’s largest city, a team of zoologists from São Paulo, Minas Gerais, and Espírito Santo identified a peculiar new species of toad. Measuring 12 to 15 millimeters in length (the size of a thumbnail), the toadlet Brachycephalus ibitinga—a mixture of Greek and Tupi that translates roughly to “short head from the mist”—varies in color from vibrant yellow to pumpkin orange, and has bone structures in its head and spine that form a kind of dorsal shield, the edges of which are visible through the skin (Herpetology, in press). The toadlet lives in an area of Atlantic Forest that stretches over nine municipalities: Bertioga, Paranapiacaba, Santo André, São Bernardo, Cubatão, São Vicente, Itanhaém, Juquitiba, and São Paulo. In the capital, it was found in the Varginha Municipal Natural Park, near the Billings Reservoir.