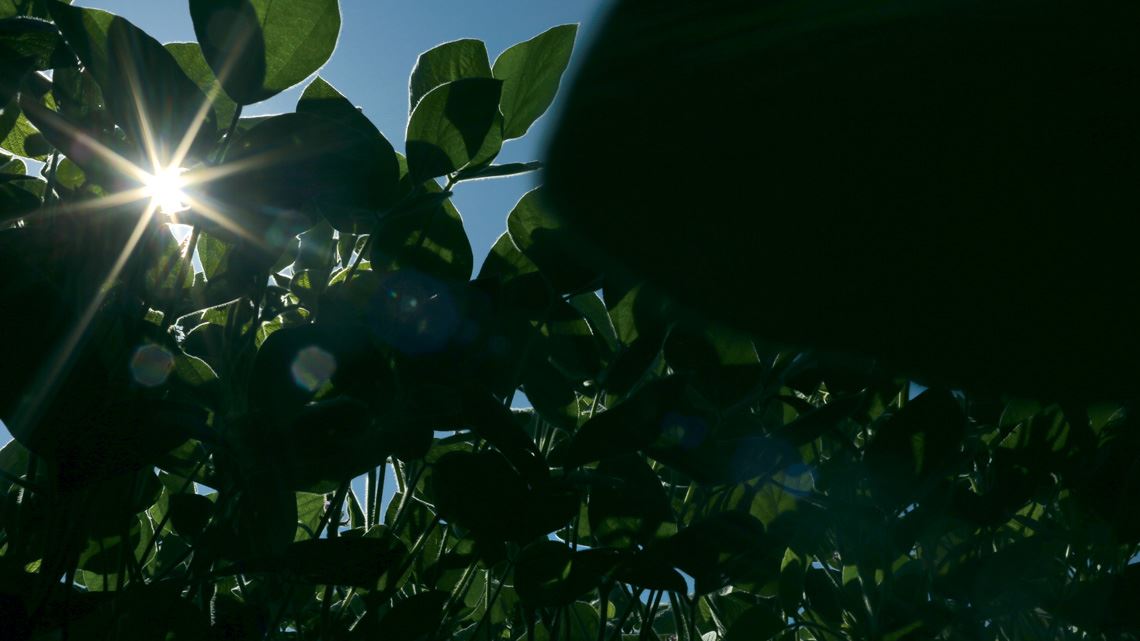 Recent genetic experiments to enhance the most crucial biological process in plants—photosynthesis—have led to substantial yield improvements in two major food crops—soybeans and rice. Photosynthesis converts solar energy into chemical energy, in a process that is vital to plant development. Plants harness light to convert water, carbon dioxide (CO2), and minerals into oxygen and organic compounds (carbohydrates and fats). These energy reserves provide the fuel that sustains and supports plant development.

In a study by researchers at the University of Illinois at Urbana-Champaign, in the US, among them Brazilian botanist Amanda Pereira De Souza, field-grown genetically modified soybeans exhibited a 33% higher yield compared to conventional soybeans. A concurrent study at the Chinese Academy of Agricultural Sciences (CAAS) developed a rice variety with a 40% higher yield than conventional crops. Both papers were published in Science, the rice study in July this year and the soybean study a month later, in August.

The two research teams independently developed their genetically modified varieties of soybeans and rice. But both teams used a similar approach: they inserted extra copies of genes into the plant’s genome (the Illinois researchers used clones of three genes, while the team in China used only one). Each team, however, targeted a different site in the plant’s biological machinery. “The Illinois group used a more targeted approach that affected only the rate of photosynthesis,” notes botanist Marcos Buckeridge from the Institute of Biosciences at the University of São Paulo (IB-USP), who was not a member of either of the research teams. “The Chinese approach has implications for a wider range of biological processes, including nitrogen fixation, flowering, and photosynthesis.” 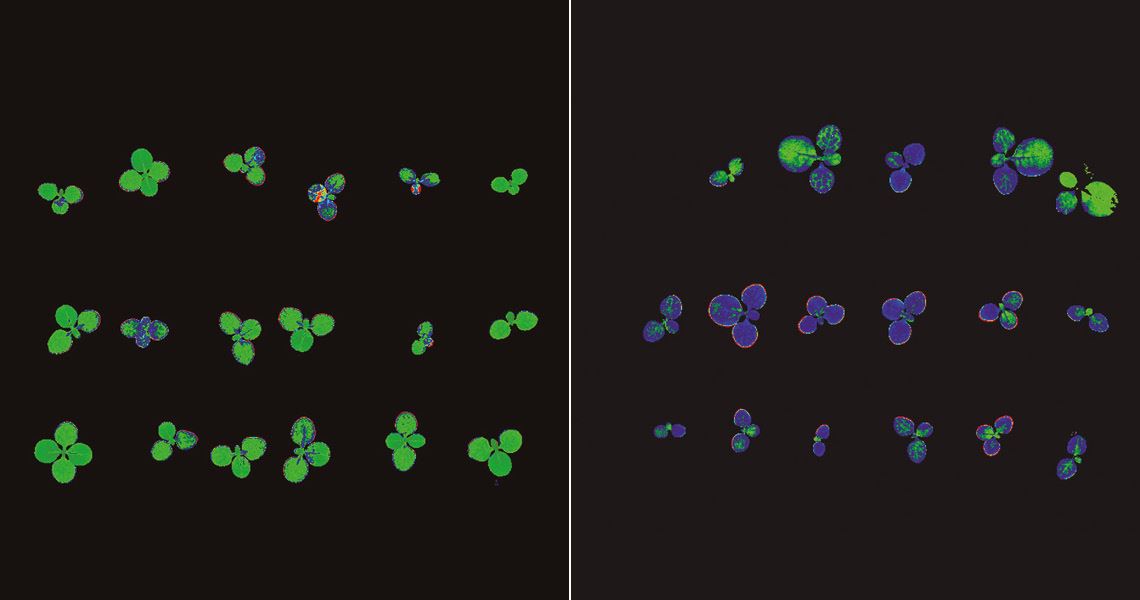 De Souza and her colleagues in Illinois introduced a set of three genes from Arabidopsis thaliana—a plant belonging to the mustard family that is widely used as a model in biological research—into soybeans. These genes are also present in regular soybean plants. The aim of the experiment was to enhance the plants’ genome by adding an extra copy of these three sequences to increase the production of the proteins they code for. These proteins regulate the cycle of xanthophylls—yellow pigments that directly affect the mechanism by which soybean (and many other) plants protect their leaves when exposed to excess sunlight. This mechanism is known as nonphotochemical quenching.

Photosynthesis is at its highest under full sunlight. In these conditions, plant leaves dissipate potentially damaging excess light energy by inducing nonphotochemical quenching. But when the leaves are shaded by a passing cloud or other parts of the plant, this defense mechanism keeps running for several minutes before energy flow for photosynthesis is restored. The lag reduces the plant’s photosynthetic capacity. Varying sunlight conditions mean nonphotochemical quenching is turned on and off several times a day.

“Through bioengineering, we have successfully accelerated the deactivation of plants’ protection mechanisms against excess sunlight, a safeguard that reduces photosynthesis when the plant transitions from light into shade,” explains De Souza, the lead author of the study, featured on the cover of Science the week it was published. “With the bioengineered plants, whenever light levels fluctuate, as they constantly do in soybean fields, photosynthesis efficiency and therefore carbon gains improve.” From 2005 to 2015, De Souza completed a master’s degree with a FAPESP grant at the Biology Institute at the University of Campinas (IB-UNICAMP), before later pursuing a doctoral and postdoctoral degree at IB-USP.

By introducing extra copies of three genes, soybean leaves are made to reinitiate photosynthesis in less time after they transition from full light into shade. “This genetic modification has been successful both in tobacco and in soybeans, which are very different crops,” wrote Stephen Long, a plant physiologist at the University of Illinois who is heading the research group, in an email interview with Pesquisa FAPESP. Previously, in 2016, the Illinois group had successfully tested the same genetic modification in tobacco, in a study reported in Science. Introducing an extra copy of the trio of genes increased tobacco yields by up to 20%.

Long is optimistic that the new method, recently patented by his host university, can be successfully employed in other plants, especially important food crops. “We believe it will work on crops whose ancestors grew in open and sparsely shaded habitats,” says Long. The world’s fourth most important crop, soy is the first large-scale food crop to be tested using Long’s team’s bioengineering approach. The new transgenic variety’s 33% higher yields came at no detriment to nutritional quality—the amount of protein and oil in the bioengineered soybeans remained unaltered compared to regular soybeans. De Souza is currently conducting similar experiments on cassava.

The CAAS group’s approach—adding a copy of a single gene into the plant genome—produced a wider range of changes than might be expected. The single gene involved in the experiment, OsDREB1C, produces a protein referred to by molecular biologists as transcription factor. This protein, in turn, regulates the activation of several other genes in different processes.

As reported in a paper published in July this year, the Chinese researchers selected OsDREB1C after analyzing a set of 118 regulation genes present in rice and maize. OsDREB1C was deemed the ideal candidate to be overexpressed in rice by inserting an additional copy of the gene, as the transcription factor it codes for can simultaneously improve photosynthesis and nitrogen fixation while also triggering early flowering. Being able to enhance these processes could have a significant effect on crop yields.

The new rice variety with the extra gene, dubbed Nipponbare, had a 40% higher yield in field trials at three different sites in China, with a climate ranging from temperate to tropical. Nipponbare plants flowered 19 days earlier than with conventional crops and their roots were deeper, likely due to higher nitrogen fixation. Their leaves had one-third more chloroplasts—organelles that serve as the site of photosynthesis—and a 38% higher concentration of RuBisCO, an enzyme that plays a key role in converting sunlight into chemical energy. 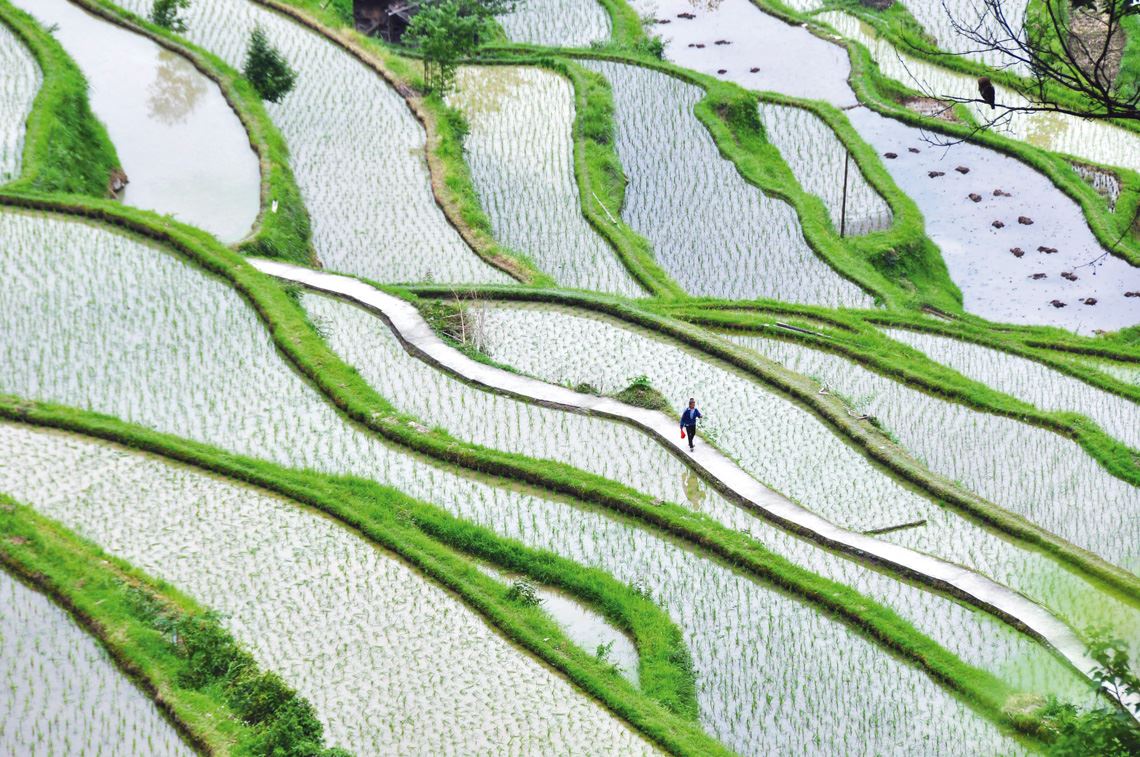 To demonstrate that the improved yields were in fact attributable to the overexpression of OsDREB1C, the researchers produced a rice variety in which no copy of this gene was functional. This modified variety had a lower yield than the unmodified, conventional variety. “The study brings us hope of high yield with less nitrogen fertilizer application and shortened duration of growth,” Wan Jianmin, an academician at the Chinese Academy of Engineering and former vice president of CAAS, who was not part of the study, told China Daily.

The introduction of transgenic crops—such as the soybeans developed by the Illinois researchers and the rice variety developed in China—will always require additional research on potential undesirable impacts on the environment and human health. Further research is also needed to confirm whether the reported yield improvements will be maintained over time. “This is likely the next step in these studies,” says Edvaldo Aparecido Amaral da Silva, a crop scientist at São Paulo State University (UNESP), Botucatu campus, who is currently leading a FAPESP-funded project on the quality of temperature- and drought-tolerant soybean seeds. “Crop yields need to be assessed in additional environments to compare performance and whether this genetic technology is commercially viable. But the Illinois study is certainly an important breakthrough.”

In addition to boosting food production, genetically modified plants could increase the capture of greenhouse gases and especially CO2 through photosynthesis. “Genetic modifications with the ability to enhance this process could be useful not only in improving crop yields, but also in coaxing plants to remove more carbon from the atmosphere, helping to mitigate climate change,” says Buckeridge from IB-USP, who previously led a research group of which De Souza was a member before moving to the US.

Mathematical modeling done by the Illinois group showed that their bioengineered soybean variety could assimilate approximately 10% more carbon from the atmosphere through optimized photosynthesis. With the added carbon, the plant generates additional biomass, including the oil and protein used to produce food products and animal feed. The researchers have yet to conduct field trials to measure whether the increased carbon capture occurs in field-grown crops.