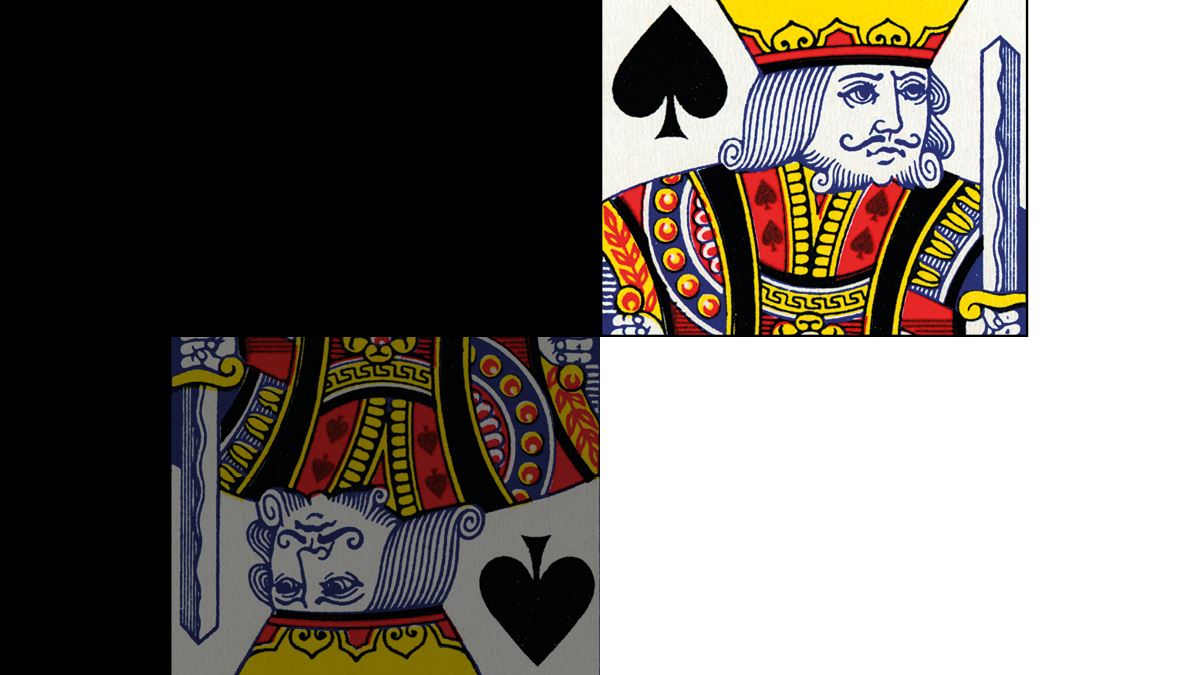 An article published in the scientific journal PLOS One in April questioned some of the policies used to prevent conflicts of interest when developing clinical practice guidelines. These guidelines are frequently updated by American and European medical societies and organizations that do not appear to have the tools needed to resist the influence of companies or private groups, according to the study by researchers from Vanderbilt University in Tennessee, USA. “A guideline recommendation will have a huge impact on what practitioners will do across the globe,” Dr. John Henry Brems, one of the authors of the paper, told the Academic Times. Beyond medical practice, he explains, even insurance companies use these guidelines to decide what expenses to reimburse.

The researchers examined the online conflict of interest policies of 46 medical organizations responsible for such guidelines. They found that 10 of them don’t even publish guidelines on the subject, including the American College of Gynecologists and Obstetricians and the American Society of Colon and Rectal Surgeons. Only one—the British Association for Sexual Health and HIV—followed all seven of the transparency standards proposed by the US Academy of Medicine, which include the need for every expert involved in writing guidelines to declare their participation in any activity that might call their impartiality into question and the prohibition of those with such conflicts from occupying executive roles on the panels.

Potential conflicts of interest in these guidelines, says Brems, have the power to undermine public confidence in science. He notes that recommendations issued by institutions often diverge. In the case of breast cancer, for example, some guidelines recommend performing a mammogram every two years from the age of 40, while others recommend doing so from age 50. “It is absolutely essential to know if there are any conflicts of interest for the people writing these documents,” he says.

According to the International Committee of Medical Journal Editors, a conflict occurs when a professional’s judgment regarding a primary interest, such as reliable data interpretation, may be influenced by a secondary interest, such as the concerns of a private entity sponsoring the study. The scientific literature contains several examples of research sponsors attempting to influence study design and analysis and the way the results were disseminated. An article published by Australian doctors in the American Journal of Public Health in 2018 analyzed the results of 36 studies funded by the tobacco, alcohol, sugar, and oil industries, concluding that these sectors helped to outline the scientific agenda in various fields of knowledge.

The existence of a conflict does not mean, however, that the results of a study are wrong or that its authors have committed misconduct—if that is the case, the work should not even be published, although this sometimes does happen. Either way, it is essential to declare all conflicts of interest so that the people evaluating a research project or reviewing or reading a paper are aware of potential biases.

Conflict of interest declarations are essential to reducing the risk of bias.

The debate over the trustworthiness of these guidelines is not new. In 2004, an editorial in the New England Journal of Medicine criticized the private funding of sepsis guidelines, which led to new recommendations on how to treat general infections. In a recent case that did not involve a conflict of interest, nutrition expert Brian Wansink was dismissed from Cornell University in 2019 after he was found to have manipulated statistics in his research. Wansink was director of the US government’s Center for Nutrition Policy and Promotion, overseeing the US Dietary Guidelines from 2007 to 2009.

The Vanderbilt University study is indicative of a recent effort to study and combat conflicts of interest in medical and academic environments. In 2019, ProPublica, a nonprofit journalism organization, created an database of conflict of interest statements from scientists and physicians, collected from funding agencies and research institutions in the USA. The initiative showed that researchers who declared connections with organizations of economic interest to their area of study received US$188 million in funding between 2012 and 2019. ProPublica’s database was useful not only for increasing information transparency, but also for tracking researchers who did not declare conflicts of interest. In partnership with The New York Times, the organization managed to identify several cases, including oncologist José Baselga, who resigned from his position as medical director of the Memorial Sloan Kettering Cancer Center’s hospital two years ago after acknowledging that he failed to disclose that he had received funding from pharmaceutical and biotechnology companies in relation to dozens of his scientific articles (see Pesquisa FAPESP issue no. 272). The case had nothing to do with clinical practice guidelines—quite the contrary. The rules requiring disclosure of conflicts of interest when writing papers were created by the American Cancer Research Association when Baselga himself was its president, and still he chose not to follow them.

The concern about conflicts of interest is often linked to fears that funding entities may influence research results. “But there are less explicit interferences that are not always properly declared,” says rheumatologist and bioethics specialist José Marques Filho, author of a review article published in the Brazilian Journal of Clinical Medicine on the issue of relationships between doctors and the pharmaceutical industry. Marques, who until recently was head of the Brazilian Society of Rheumatology’s ethics committee, is referring to situations such as drug manufacturers sponsoring medical and scientific societies and conferences, which he sees as a threat to academic freedom. “Sponsors naturally have an influence on the conference agenda,” he argues. “It is also not uncommon for them to offer accommodation to doctors or researchers so that they can participate in international conferences at the invitation of the organizers, which does not constitute direct economic influence. This creates a link between the company and the researcher that is rarely declared.”

Brazil has legislation designed to restrict this type of misconduct. “But it is old and needs to be updated in light of new knowledge on the subject,” says Marques Filho. The subject is governed by Brazilian National Health Council resolutions on research involving human beings issued in 1996, according to which there must be no conflicts of interest between researchers and their research subjects or funding sources. A resolution issued by the Brazillian Health Regulatory Agency (ANVISA) in 2000, meanwhile, rules that all documentation resulting from congresses, conferences, and other events must declare if they were sponsored by drug companies. It also states that support for health professionals to participate in events, whether in Brazil or abroad, must not be offered in exchange for the promotion of certain medications.

The concept of conflicts of interest is becoming broader. Scientific journals have long demanded that authors sign a statement declaring any links with institutions potentially interested in the results of their study. Since 2018, titles in the Nature group have also required nonfinancial ties to be disclosed, such as affiliations with nongovernmental organizations and pressure groups, advisory roles at for-profit entities, and consulting for educational organizations. The rationale is that the scientific process is under increasing scrutiny and that transparency is the best way to maintain public trust. It is a growing concern. Before 2001, declarations were not mandatory and only in recent years have they become so for authors of reviews or opinion articles.

There are other aspects of scientific communication that also need to be considered, such as links between authors and the journal reviewers who evaluate submitted papers. Swiss publisher Frontiers, which publishes more than 90 open access scientific journals, has developed a computer program that uses artificial intelligence to analyze scientific papers and identify problems related to integrity. The software issues a warning when the authors of a manuscript and the editors or reviewers assessing it have worked together in the past in a way that could present a conflict of interest and compromise the subjectivity of the review (see Pesquisa FAPESP issue no. 299). Elsevier, which publishes more than 3,000 scientific journals, created a guide with rules that aim to prevent the problem. Various links between reviewers and authors are prohibited—they cannot have published an article together in the previous three years, belong to the same department, or have personal or family relationships. Working on collaborative projects or organizing scientific conferences together is permitted.

The politics of vaccine distribution
by Rodrigo de Oliveira Andrade

Countries that have taken the lead in combating COVID-19, either by producing their own vaccines or by purchasing them in large quantities, are using the inoculants as a political tool. While the USA is accumulating doses from different manufacturers to immunize its citizens and recover its economy, emerging nations are using vaccines to expand their geopolitical influence, “offering an alternative multilateral exit to that offered by rich countries,” says Amâncio Jorge Silva Nunes de Oliveira, from the Center for the Study of International Negotiations at the Institute of International Relations (IRI) of the University of São Paulo (USP).

China was the first to make political use of its vaccines, promising to help developing nations even before it had any that had been proven safe and effective against the disease ready to mass produce. The Chinese government’s objective is to improve its global image and show the world that it is capable of competing with the USA in science. Russia is also seeking to gain a geopolitical advantage with its disputed Sputnik V vaccine, which has so far been approved in 60 countries, all classed as low and middle income, mainly in Eastern Europe. “Russia’s interest is similar to China’s. It wants to occupy empty spaces left by the USA in regions such as Latin America and Africa,” says Oliveira.

Cuba also sees vaccines as a way to gain political and diplomatic ground. The island of just 11 million inhabitants is currently developing five vaccine candidates. The most advanced is Soberana-2, made by state-owned biotechnology company BioCubaFarma, currently undergoing phase 3 clinical trials. The Cuban government hopes to be able to immunize its own population, of course. But from a geopolitical point of view, it is also hoping for international recognition—to be the first Latin American country to create a COVID-19 vaccine.

India currently produces around 2.5 million doses every day of Covishield, developed by the University of Oxford, UK, in partnership with Swedish-British pharmaceutical company AstraZeneca. In January, the country also approved emergency use of Covaxin, produced by Bharat Biotech in collaboration with the Indian National Institute of Virology and the Indian Council of Medical Research. The high availability of vaccines has allowed the country to export millions of doses to neighboring nations, such as Nepal, Sri Lanka, and Bangladesh, challenging China’s influence in the region.

“It is possible, however, that the record increase in the number of cases the country is currently experiencing could raise questions over India’s strategy,” comments political scientist Maria Hermínia Tavares de Almeida, from the Brazilian Center for Research and Planning (CEBRAP). “India perhaps faces the greatest challenge in reconciling the need to immunize its population with its geopolitical interests.” Only 7.9% of its 1.4 billion inhabitants had received a COVID-19 vaccine as of April 14. Fears of shortages led the government to temporarily suspend Covishield exports in late March.

In the USA, says Almeida, immunization is advancing rapidly and President Joe Biden is seeking to establish a clear contrast to the way the previous administration dealt with the pandemic. “President Joe Biden’s strategy is focused on domestic politics,” he says.