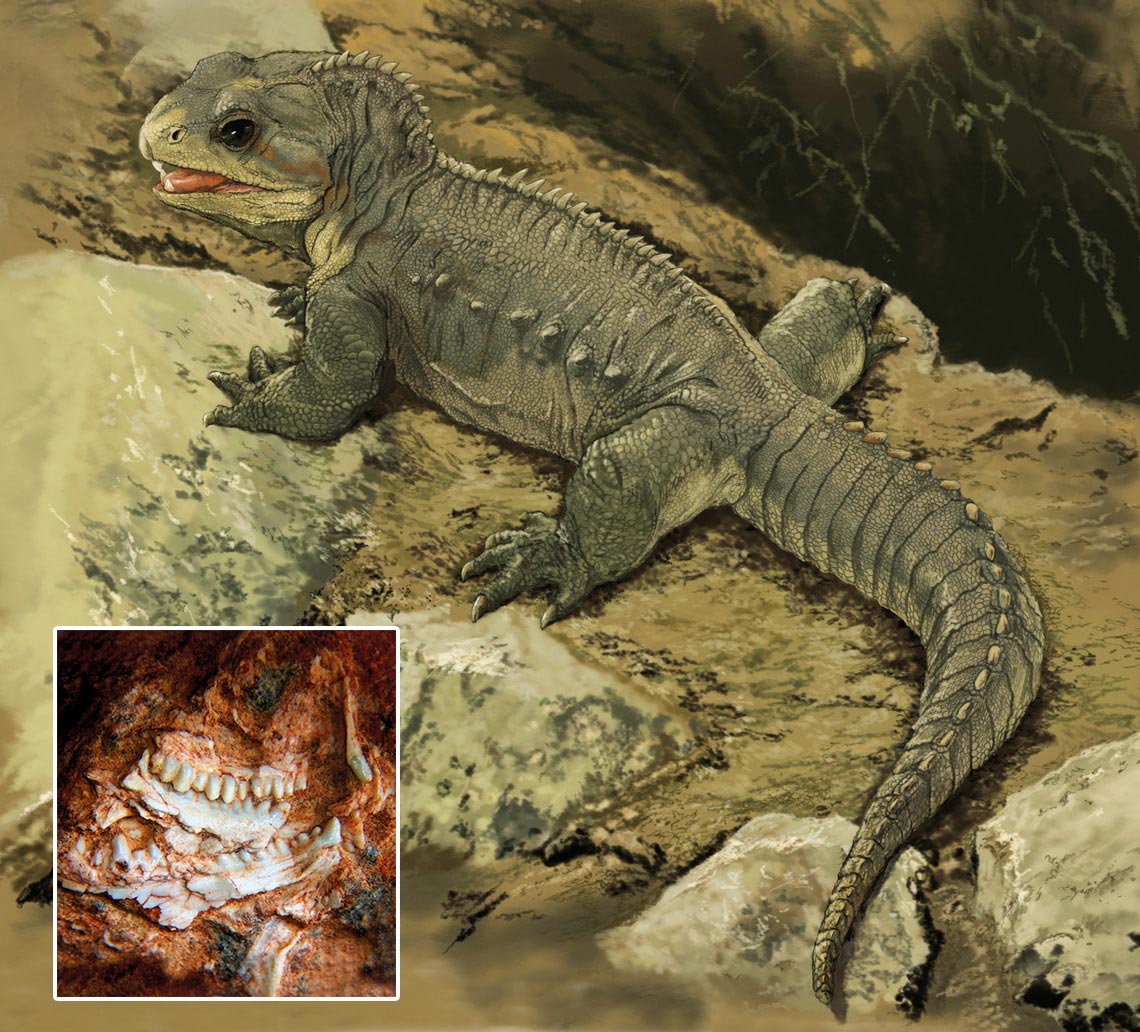 Illustration of Clevosaurus hadroprodon, the oldest tuatara in the southern hemisphere, and the fossil found in CandeláriaRandall Nydam | Illustration Jorge Blanco

The oldest specimen of a sphenodon in the southern hemisphere has been found in the municipality of Candelária, in the Brazilian state of Rio Grande do Sul (Scientific Reports, August 14). This species, known as the tuatara, is closely related to lizards, snakes, and amphisbaenians (blind snakes). Based on the study of fossilized teeth from a premaxilla and mandible found in rocks of the Santa Maria geological formation, paleontologists from Brazil, Argentina, the USA, and Canada described the new sphenodon species, called Clevosaurus hadroprodon, which lived in the Triassic period between 237 million and 228 million years ago. Its scientific name comes from the presence of a large and prominent canine-like tooth, a feature not seen in other species of this genus. This is the second sphenodon species found in central Rio Grande do Sul. The first was Clevosaurus brasiliensis, whose fossils were found in the Caturrita formation, which is a little younger than the Santa Maria rocks. “C. hadroprodon was a small animal, similar in size to a common house gecko,” says paleontologist Annie Schmaltz Hsiou, from the University of São Paulo (USP) Ribeirão Preto campus and coordinator of the group that studied the fossil. Very similar in appearance to lizards, the sphenodons are now almost extinct. Today there is just one living species, Sphenodon punctatus, which is found only in New Zealand. The sphenodons have three eyes, with a small, parietal eye in the center of their forehead that is covered by scales and unable to see properly, although it is sensitive to light.