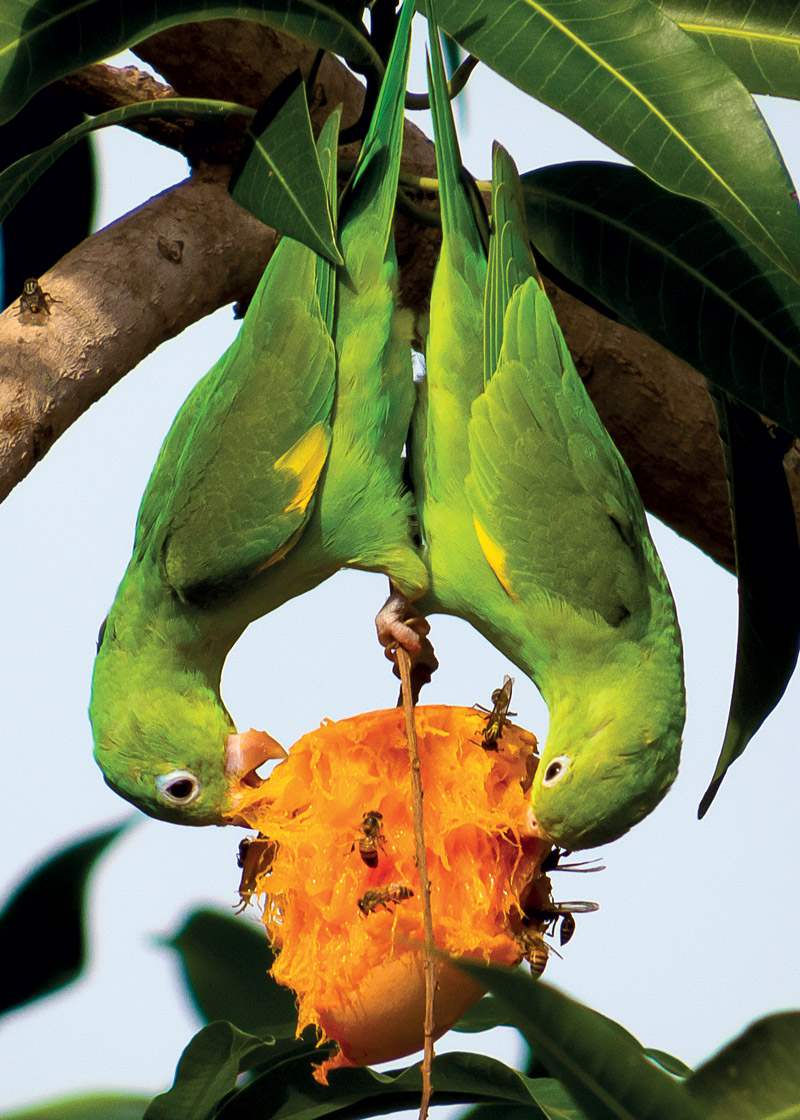 To study the diversity and evolutionary history of parasites in birds, Bruno Fermino teamed up on expeditions with fellow ornithologists: some interested in birds, others in the creatures that live inside them. He thus had the opportunity to photograph species such as the yellow-chevroned parakeet (Brotogeris chiriri)—the picture above was taken in Santana do Araguaia, Pará. The researcher has not yet identified trypanosomes, the type of parasite he is looking for, in this species.

Image submitted by Bruno Rafael Fermino, a postdoctoral researcher at the Institute of Biomedical Sciences of the University of São Paulo (USP)