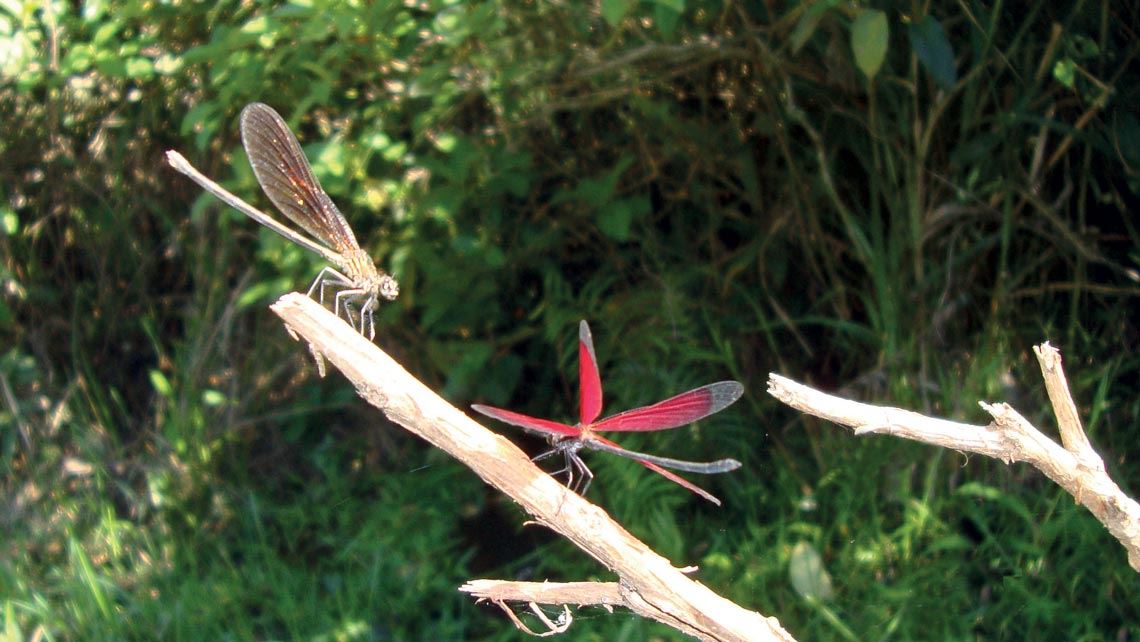 Males with brightly colored wings attract more females to their territory, as well as more rival males, sparking a fierce competition for mating partners. Entomologists Rhainer Ferreira and Paloma Pena-Firme, from the Federal University of São Carlos (UFSCar), observed 120 dragonflies for about 15 minutes each in an ecological reserve in Minas Gerais and on a farm in the interior of São Paulo. The males establish their territory close to water sources and fly past females to display their colorful wings. The most colorful, regardless of their size, attracted more females but also more rival males, who arrived before the females to dispute the territory (Scientific Reports, August, 31).