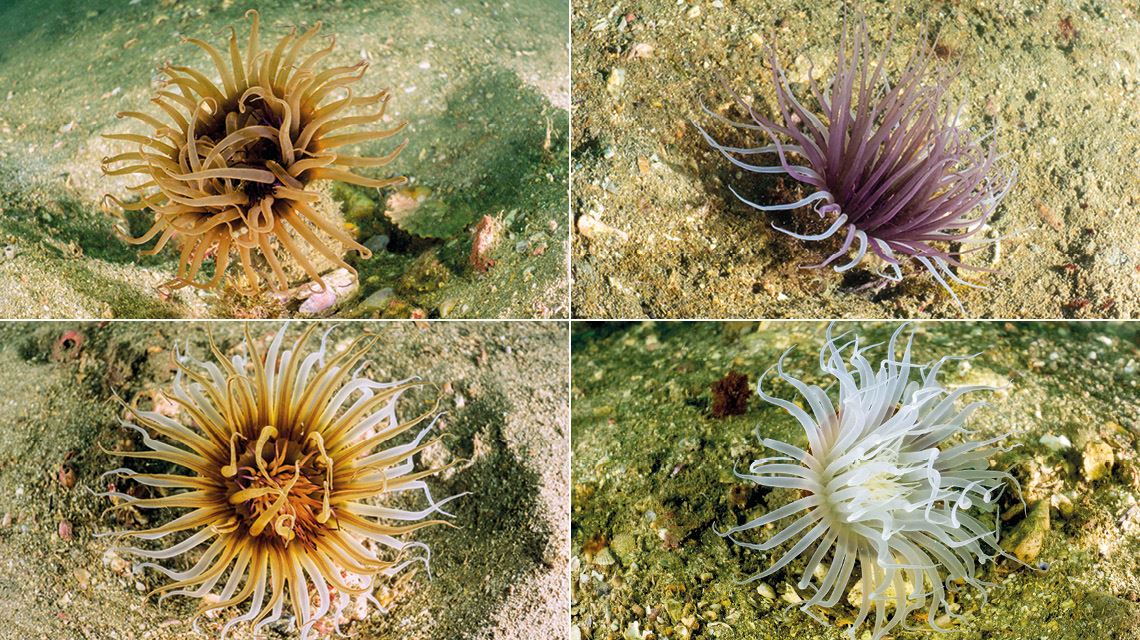 These sea anemones of varying colors appear to be of distinct and possibly unknown species. They were found in December during an exploratory expedition off Alcatrazes Island, 35 kilometers from the coast of São Paulo State, at a depth of about 40 meters. “At some points along the coast we found greater coral cover than is seen in parts of the Caribbean, as well as an anemone garden,” says oceanographer Marcelo Kitahara. The organisms now need to be collected and identified.

Images submitted by Marcelo Kitahara, from the Sea Institute at the Federal University of São Paulo (UNIFESP), Baixada Santista campus.