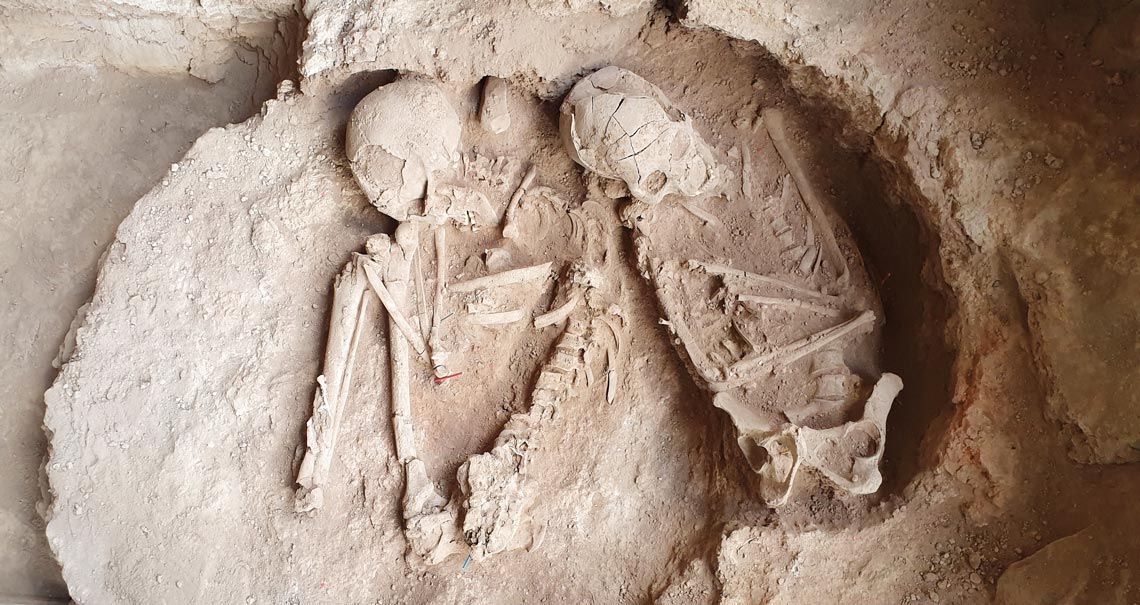 After death, a man and woman in Lapa do Santo, Minas Gerais State, remained together for more than 8,000 years. Their skeletons were found in July and excavated for study. It is rare to find two people buried together, although this archaeological site is known for its uniquely preserved funerary rituals.

Image submitted by Rodrigo Elias Oliveira, a researcher at the Laboratory of Archaeology and Environmental and Evolutionary Anthropology at the University of São Paulo