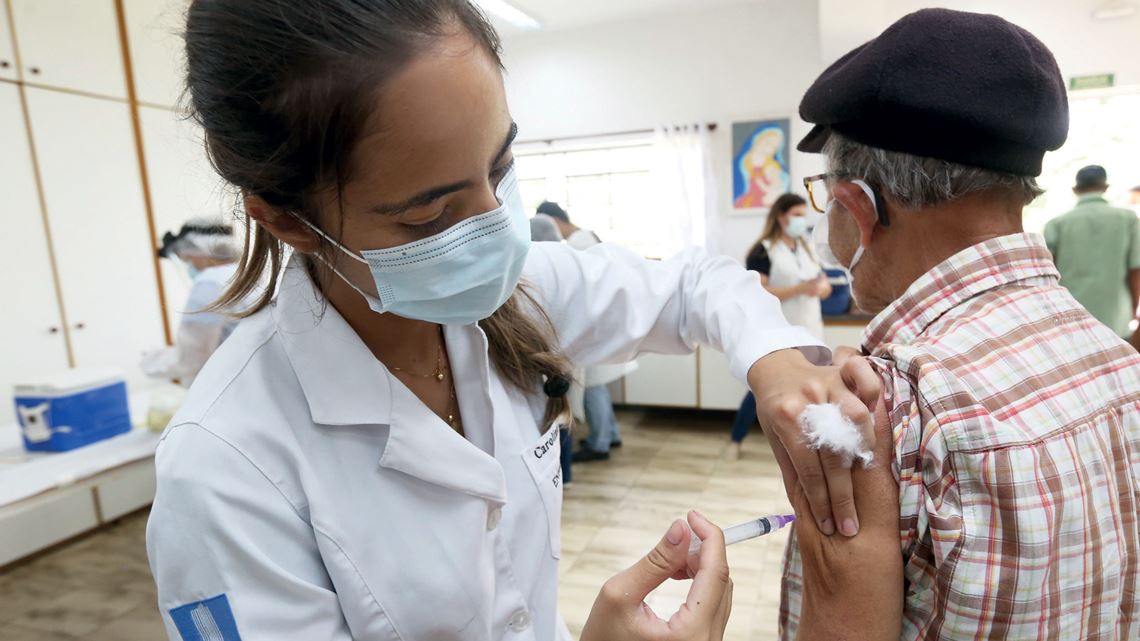 Elderly residents of Campinas being vaccinated in January 2021

Even people who have already been immunized can be infected with the novel coronavirus and transmit it to others, suggests a study led by virologist José Luiz Proença Módena of the University of Campinas (UNICAMP). He and his colleagues reached the conclusion after analyzing two COVID-19 outbreaks that occurred among elderly people in Campinas, São Paulo State—both caused by the alpha variant, which first emerged in the UK. In one outbreak, 14 of 22 people (63.6%) in a convent who had received one dose of the AstraZeneca vaccine were infected with the virus. In the other, 22 of 42 individuals (52.4%) who had been given two doses of CoronaVac were subsequently infected. One-third of those who contracted the virus had mild symptoms and the rest were asymptomatic (Preprints with the Lancet, July 9). According to the researchers, the data suggest that the alpha variant may be capable of escaping part of the humoral immune response elicited by one dose of AstraZeneca and two doses of CoronaVac, although vaccination protects most individuals from becoming seriously ill or dying.