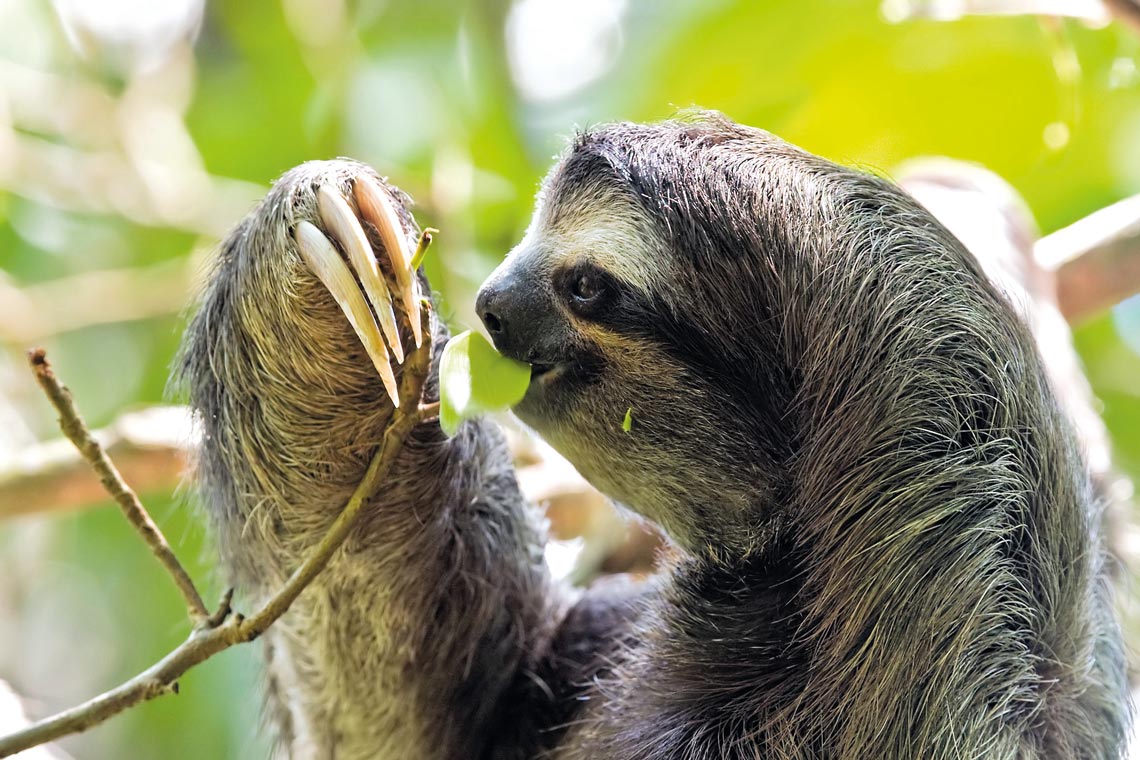 The maned sloth carries antibodies against the dengue virus

Primates and sloths in the Atlantic Forest of southern Bahia carry an unexpected range of insect-borne viruses, including dengue fever (EcoHealth, December 2018). From 2006 to 2014, a group led by veterinarian and epidemiologist Lilian Silva Catenacci, from the Federal University of Piauí, looked for antibodies to 26 different arboviruses (viruses transmitted by mosquitos) in 196 blood samples taken from 103 golden-headed tamarin monkeys (Leontopithecus chrysomelas), 7 golden-bellied capuchins (Sapajus xanthosternos), 22 maned sloths (Bradypus torquatus), and 7 brown-throated sloths (Bradypus variegatus) in the Una Biological Reserve and in farms near the towns of Ilhéus and Una, southern Bahia. One-third (36%) of the animals were found to have had contact with arboviruses, mainly those of the genus Flavivirus (33%), which includes dengue, yellow fever, and Zika. Antibodies against serotypes 1, 2, and 3 of the dengue virus were first detected in golden-headed tamarin monkeys, a species that is endemic to the region, and in both sloth species. For the first time, researchers found evidence in sloths of exposure to an alphavirus that causes a rare disease known as eastern equine encephalitis, which can also be transmitted to humans by mosquitoes. The study indicated that on average, primates and sloths were naturally exposed to at least 12 arboviruses that are transmitted to other animals and people by mosquitoes. Antibodies against the serotype 2, Icoaraci, and Ilheus dengue viruses were the most frequently found in monkeys, and those against the Caraparu strain were more frequent in sloths.