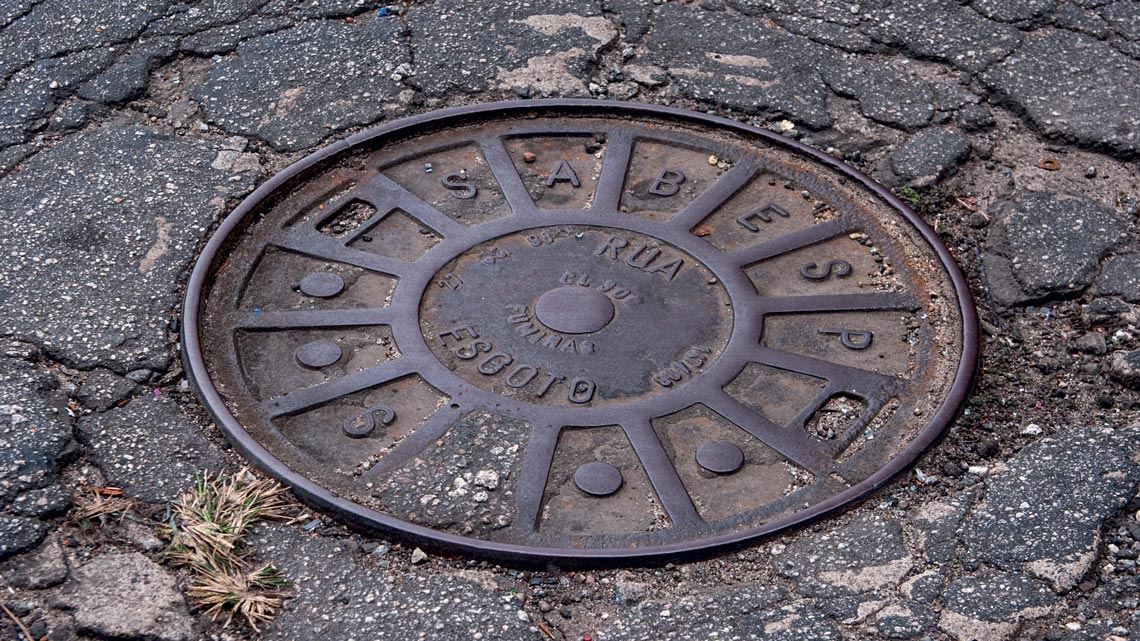 In late March 2020, an article written by researchers from the KWR Water Research Institute in Nieuwegein, the Netherlands, described the discovery of SARS-CoV-2 RNA fragments in sewage samples taken from Amsterdam and five other locations. The news spread quickly, and virologists, environmental engineers. and biochemists across Brazil began looking for traces of the novel coronavirus in the country’s sewer system. “The discovery that human excreta contain fragments of SARS-CoV-2 drew the attention of people already monitoring other viruses and bacteria in the sewage,” explains biomedical scientist Maria Inês Zanoli Sato, head of the Environmental Analysis Department at the São Paulo State Environmental Company (CETESB). The state-owned company began attempts to detect the pathogen in sewage in the first week of April last year. At about the same time, the Oswaldo Cruz Foundation (FIOCRUZ) began a similar study in Niterói in the Rio de Janeiro Metropolitan Area, and the Federal University of Minas Gerais (UFMG) was doing the same in Belo Horizonte and areas of its neighboring city of Contagem.

In São Paulo, environmental surveillance of pathogens in the sewage system was routine procedure for CETESB, even well before the pandemic. The task previously focused on viruses such as polio and bacteria such as Vibrio cholerae, which causes cholera. The aim is to check for infectious agents in rivers, dams, streams, the sewage system, and treatment plants and alert public health authorities of their presence and concentration levels. Monitoring of the coronavirus began with weekly collections at five major treatment stations in the São Paulo Metropolitan Area. “As soon as we started, we detected high levels of SARS-CoV-2 in the sewage, even when official cases were still very low, suggesting possible underreporting,” says Sato.

Over time, CETESB expanded its sampling radius to more vulnerable regions of Greater São Paulo to determine coronavirus levels in areas with no sewage collection and treatment, and later to towns on the coast and in the interior of the state. The environmental agency is also comparing the levels of SARS-CoV-2 in the sewage of two municipalities in the state whose entire adult populations were immunized as part of scientific studies testing the effectiveness of coronavirus vaccines. “It will be important to monitor viral RNA in the sewage from Serrana and Botucatu,” notes the biomedical scientist. “In the former, the population was vaccinated with CoronaVac, which uses an inactivated version of the virus. In the latter, they were given the AstraZeneca vaccine, which uses viral vector technology based on DNA from the chimpanzee adenovirus, which contains the genes of the SARS-CoV-2 spike protein.”

The Covid Sewage Monitoring Network was created in Brazil to monitor the SARS-CoV-2 levels in several metropolitan areas, including São Paulo (first and second images) and Porto AlegreUFABC and FEEVALE

Virus bulletins
Samples taken from the sewage system in Niterói at the beginning of the pandemic found evidence of a very high concentration of SARS-CoV-2 RNA in the Boa Esperança neighborhood, even before any cases of COVID-19 had been confirmed in the region. “Since the Municipal Health Department had not been notified of any cases in the region, a team of family doctors visited the community to offer tests, isolate positive cases, and trace their contacts,” says Marize Pereira Miagostovich, head of the Comparative and Environmental Virology Laboratory at the Oswaldo Cruz Institute (IOC/FIOCRUZ). “With this initiative, we helped contain the spread of the pandemic in the area.”

The city of Rio de Janeiro has a sewage system that serves more than 90% of its half a million inhabitants. In partnership with the local authorities, the FIOCRUZ team is currently collecting and analyzing fortnightly samples of raw sewage from eight treatment stations in the municipality. The results are published every two weeks, in bulletins made publicly available via a mobile app. “The residents of Niterói have access to the results of our work, as well as the most common data on the pandemic in the city, such as the number of cases, hospitalizations, and deaths,” explains Miagostovich.

As part of a joint initiative with Brazil’s National Water and Sanitation Agency (ANA), microbiologist Juliana Calabria from the Department of Sanitary and Environmental Engineering at UFMG, together with other researchers, decided to collaborate with the Minas Gerais Sanitation Company (COPASA) to use the university’s structure to monitor the coronavirus in sewage in Belo Horizonte and Contagem. The water and sewage microbiology laboratory was equipped for biomolecular analyses, including identifying and measuring viral RNA. With additional support from other state agencies, the study began at 17 collection points across the two cities in Minas Gerais in April last year.

“Initially, we were concerned that contaminated sewage water could function as a means of COVID-19 transmission. Luckily, we only found fragments of SARS-CoV-2 in the waste, making the coronavirus innocuous,” explains Calabria. “Attempts to cultivate SARS-Cov-2 from sewage samples were unsuccessful, supporting the theory that sewage is not a threat, but a useful tool for monitoring circulation of the virus in the community.”

For a year, the initiative was run as a pilot project, during which time it published 34 bulletins on the concentration of the virus in different parts of the state capital. “We realized that the levels of viral RNA in the sewage of Belo Horizonte increases several days before the number of cases reported in the city goes up,” says the microbiologist. “We can use this as an early warning tool. It is like an indirect mass testing campaign.” In April 2021, after a year as a pilot project, the initiative expanded to three other regions in the country and was the basis for the Covid Sewage Monitoring Network. In addition to Belo Horizonte, the network now includes other state capitals, such as Curitiba, Fortaleza, Recife, Rio de Janeiro, and the Federal District—all using the same methodology developed in the capital of Minas Gerais. At the national level, the project is funded by ANA, in conjunction with Brazil’s Ministry of Science, Technology, and Innovation (MCTI) and National Council for Scientific and Technological Development (CNPq).

In the wake of these pioneering efforts, other researchers have joined the national health investigation team. In mid-May 2020, the Rio Grande do Sul’s State Center for Health Surveillance (CEVS) asked a team led by virologist Caroline Rigotto, from Feevale University in Novo Hamburgo, to intensify the epidemiological surveillance of the coronavirus in springs used for water supply, water bodies impacted by domestic sewage, water treatment plants, and wastewater from major hospitals in the Porto Alegre Metropolitan Area. 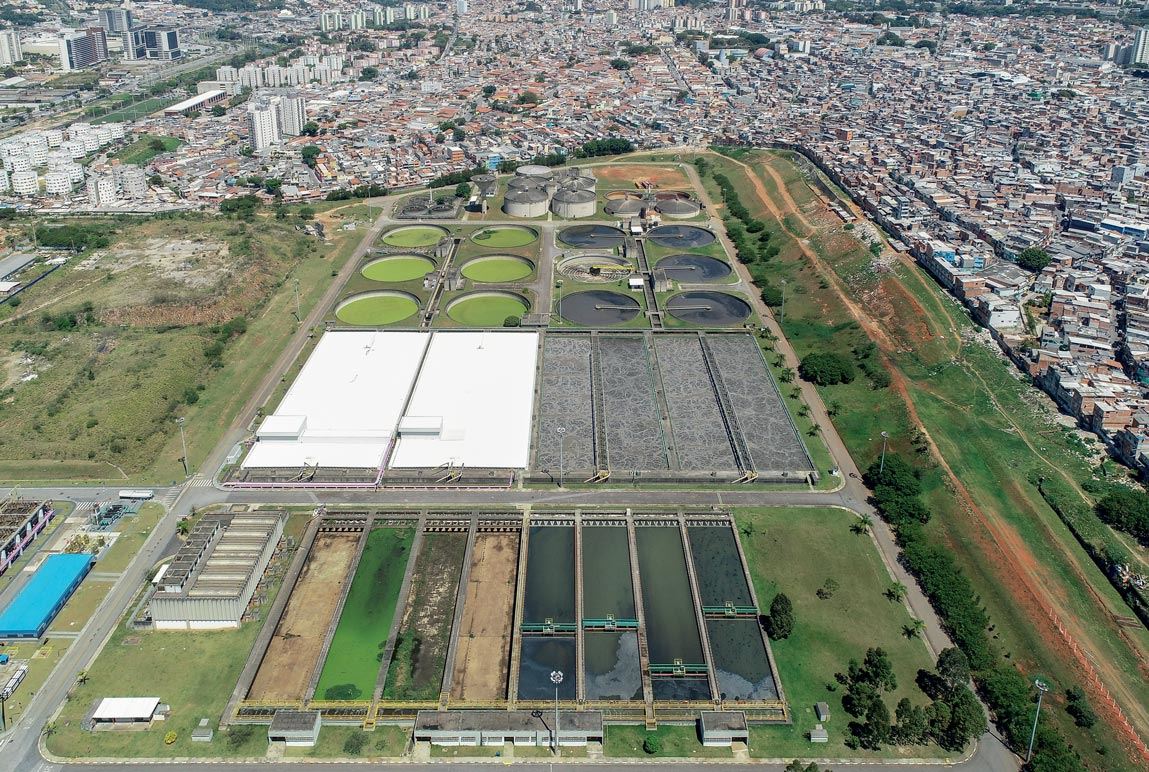 Sewage treatment plant in the ABC Paulista region, one of the five in Greater São Paulo where CETESB is monitoring SARS-CoV-2 levelsRubens Chaves / Folhapress

When it quickly became apparent—with endorsement from the World Health Organization (WHO)—that the virus degrades easily in the environment, including when in contact with chlorine, drinking water monitoring was abandoned and the focus was directed exclusively to sewage. Over the months, sampling was expanded to more municipalities and other public institutions were brought on board. Rigotto is in frequent contact with colleagues carrying out similar work nationwide and abroad. “We are part of a network of laboratories monitoring SARS-CoV-2 in sewage, created by the Pan American Health Organization [PAHO]. The organization will soon publish a standard methodology for this carrying out this task in all countries on the continent,” says Rigotto.

Some researchers have had to change the direction of their research to contribute to the effort to monitor the proliferation of the novel coronavirus in sewage. This was the case for Rodrigo Bueno, head of the environmental and urban engineering course at the Federal University of ABC (UFABC), in Santo André, São Paulo. “My area of expertise is sewage treatment, but due to the pandemic, I changed my focus,” says Bueno. In response to a call for COVID-19 research proposals issued by UFABC, the engineer submitted a proposal to monitor SARS-CoV-2 in the sewage system of the ABC Paulista region, together with colleagues from epidemiology, veterinary medicine, biology, and chemistry.

The study was approved, but there was a hitch. The university’s laboratory was not equipped to identify the coronavirus in environmental samples, meaning Bueno had to establish partnerships with colleagues from the ABC School of Medicine and other research groups in order to standardize a methodology for collecting and concentrating samples for SARS-CoV-2 detection. In July last year, he began collecting weekly samples from five points of the ABC Paulista region. Two of the locations are sewage treatment plants that serve large populations. The other three are in areas that receive waste from just a few hundred people. According to Bueno, the range of profiles at the five sampling points diversifies the data and enriches the results.

Bueno has applied for funding from the MCTI, Ministry of Health (MS) and the CNPq to implement a more robust version of the monitoring work. From more than 2,000 pandemic-related research proposals, the UFABC project was one of 90 selected for funding. Bueno’s team received around R$1 million, which was used to buy ultra-low temperature freezers, centrifuges, molecular biology kits, and supplies, as well as to improve UFABC’s lab. However, there was still not enough money to buy the equipment needed for real-time PCR tests, which detect the presence of the virus in the samples, nor to acquire specific coronavirus detection kits. The establishment of a new collaboration with Itaipu Technology Park in Paraná helped to overcome these financial obstacles. “In return for the funding from Itaipu, UFABC began monitoring the sewage in Foz do Iguaçu and the Itaipu factory,” says Bueno. UFABC now has a modern and complete molecular biology laboratory focused on environmental studies.