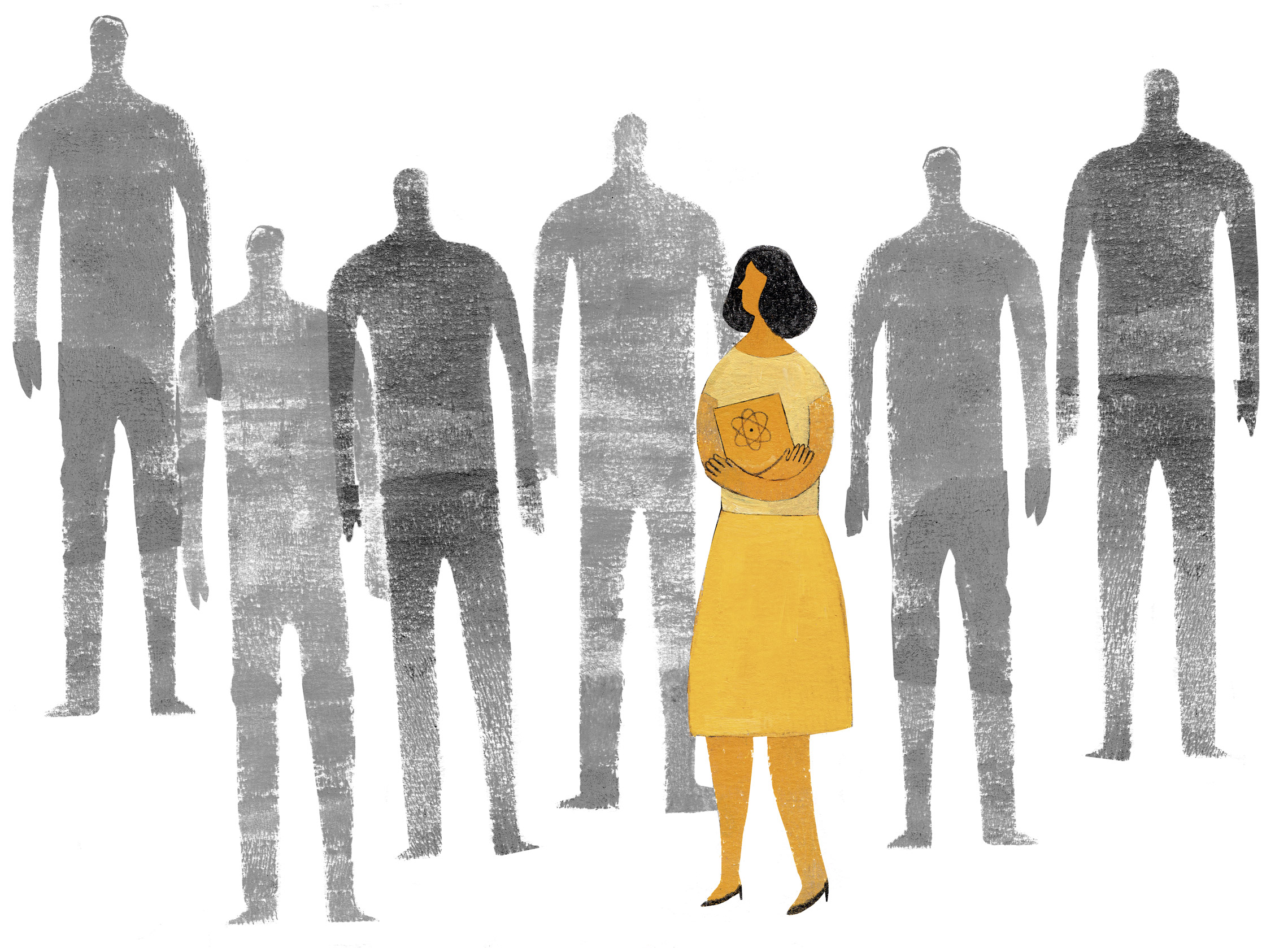 Women who start a PhD in a science, technology, engineering, or mathematics (STEM) subject are 12% less likely to complete their research than men in the same field. These are the findings of a study by the US National Bureau of Economic Research (NBER) that evaluated data from 2,541 students who enrolled on 33 graduate programs at six universities in the state of Ohio between 2005 and 2009. The results also indicate that the probability of a woman completing her graduate studies rises by up to 1% for every 10% increase in the proportion of women studying a PhD in the same field.

The results appear to corroborate other research, including a 2017 study by UN Women (The United Nations Entity for Gender Equality and the Empowerment of Women). The study Cracking the code: Girls’ and women’s education in science, technology, engineering and mathematics found that 74% of women are interested in science, technology, engineering, and mathematics. However, only 30% of them become researchers in these areas. The data indicates that 27% of those that entered employment in STEM fields felt they were not progressing in their careers, while 32% quit within a year of graduating.

In Australia, a 2016 survey by the government’s Department of Innovation, Industry, Science and Research found that only 16% of the professionals working in STEM areas were women, of whom 31% planned to leave their jobs within the next five years. According to data from the Australian Committee on Women in Engineering, more than half of the women entering these fields give up their careers within a decade.

According to physicist Márcia Cristina Bernardes Barbosa, a professor at the Physics Institute of the Federal University of Rio Grande do Sul (IF-UFRGS), the STEM fields represent one of the fastest growing sectors of the global economy. Barbosa has spent more than 15 years studying the underrepresentation of women in these areas. In Brazil, even though women are the majority in universities overall, they are relatively new to the workplace in STEM professions.

Gender differences in education, which are observable even in elementary schools, become more evident at higher levels of education. The UN report highlights that girls begin to lose interest in STEM subjects soon after starting school. The trend is accentuated in high school and the result is that in higher education, women currently represent just 35% of those enrolled on STEM courses worldwide.

The study recently published by the NBER evaluated the environment of STEM PhD programs and how it contributes to gender inequality. There was no evidence that academic performance or financial difficulties contribute to the underrepresentation of women on these courses. For Bruce Weinberg, a professor of economics at Ohio State University in Columbus, USA, and one of the authors of the paper, the problem seems to lie in the fact that most of the students studying these courses are men, which can lead to the establishment of a hostile environment for women, often involving sexual harassment, humiliation, derision, and the rejection of ideas put forward in laboratory meetings. According to the journal Science, such situations, which are by no means rare, can lead women to isolate themselves from social interactions.

Susan Gardner, director of the Women’s, Gender, and Sexuality Studies program at the University of Maine, USA, who did not participate in the NBER study, agrees with the conclusions. Commenting on the results of the study in an interview with Science, she explained that women drop out of STEM courses not because of factors related to intellectual ability, but because of discrimination, a lack of support and trust, and the scarcity of female role models in these fields.

Researchers in Brazil are also interested in the discussion about female participation in STEM areas. For almost two decades, Márcia Cristina Bernardes Barbosa, from IF-UFRGS, has been studying the obstacles that impede or even inhibit the participation of women in these fields. In a study developed with social scientist Betina Stefanello Lima, an academic programs analyst at the Brazilian National Council for Scientific and Technological Development (CNPq), she analyzed data from the 2010 Higher Education Census and found that women represent the majority in 15 of the 20 undergraduate careers with the greatest number of new graduates.

“They are also the majority among students as a whole in Brazilian universities and represent roughly 50% of the teaching staff in public institutions, according to the same census,” says Barbosa. “However,” she explains, “this growth is not homogeneously distributed across disciplines. The percentage of women in STEM fields is very low and declines disproportionately as careers progress.”

When evaluating the research output (RO) of CNPq scholarship recipients in physics and medicine between 2001 and 2011, the pair found that the percentage of women performing at the most basic level in physics (RO-2) was 10%. This number drops to 5% at level RO-1A, which refers to researchers who demonstrate continued excellence in scientific output and qualifications. The same applies for medicine. Women represent almost 40% of the RO-2 category, but this figure falls by half (to 20%) at level RO-1A.

The first and still the only woman to chair the CNPq physics and astronomy committee, Barbosa says that she grew accustomed to being a minority in the classroom at an early age. “In a class of 40 students, there were just four women. At the end of the course in 1981, I was the only one to graduate.” This was one of her motivations for studying gender disparities in science. In one of her most recent papers, published in Anais da Academia Brasileira de Ciências (Annals of the Brazilian Academy of Sciences), she and other researchers from the Physics Institute and the School of Engineering at UFRGS analyzed the profiles of members of the Brazilian Academy of Sciences. They found that 449 of the 518 members are men. In the field of physics and astronomy, women make up just 6% of the participants, while among researchers at the peak of their careers, they represent around 5%.

“People still believe that women lack the skills needed to contribute to science,” comments Barbosa. “Women regularly face prejudice, being labeled as sensitive, emotional, lacking the ability to apply logic and reasoning.” Some countries have begun to invest in the development of inclusion strategies. The Canadian Ministry of Science, for example, launched the Choose Science campaign in February 2017. The goal is to raise awareness and encourage women to choose STEM subjects. The Australian Academy of Sciences has also begun developing a plan to increase engagement and participation among women over the next decade. Organizations such as Girls Who Code, Engineer Girl, Girls Can Code, and @IndianGirlsCode are some examples of initiatives designed to encourage girls and women to explore these areas of knowledge.

In Brazil, the movement is still in its early stages. One of the most well-known cases is the Meninas na Ciência project (Girls in Science), an IF-UFRGS initiative launched five years ago to attract young people to STEM careers and to encourage women who have already chosen these careers to persevere in contributing to scientific and technological development in Brazil.