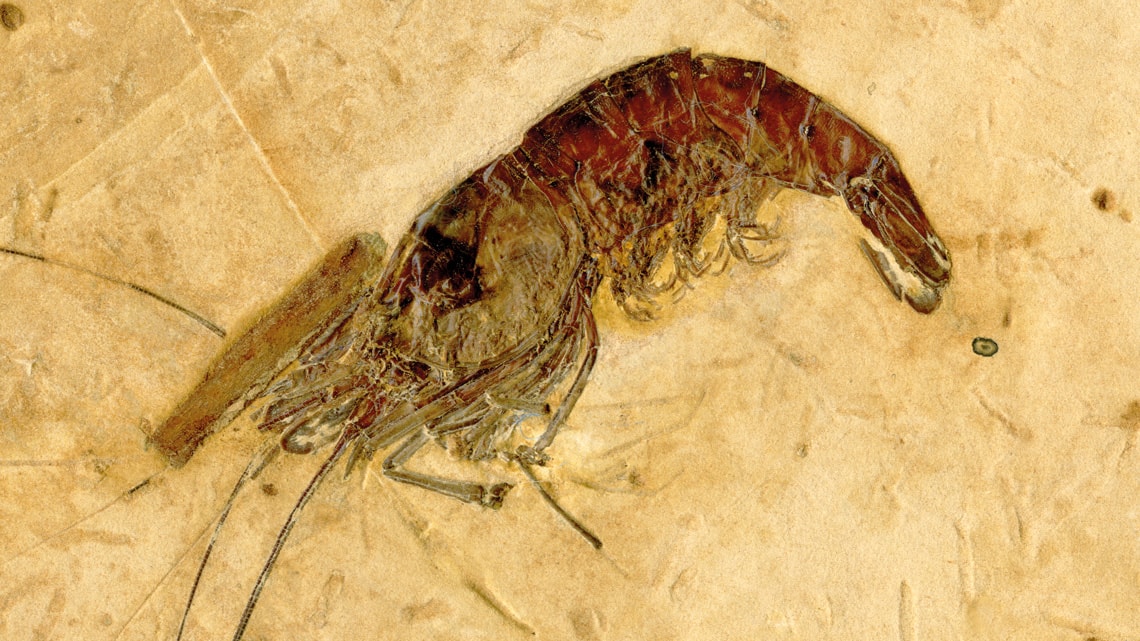 In early July, a group of paleobotanists announced the discovery of a fossil of a new lily species, Cratolirion bognerianum, which lived 115 million years ago. The delicacy of the specimen, with its roots, petals, and even individual cells preserved, impressed the researchers. The site where the flower was found, however, was not surprising—the Crato formation, a geological unit in the Araripe basin, in Brazil’s northeastern state of Ceará, has yielded dozens of fossils with well-preserved soft tissue. “The way the lily was deposited in an ancient lake is quite unusual for an herbaceous plant,” says Clemént Coiffard of the Museum für Naturkunde Berlin, one of the authors of the article describing the flower in Nature Plants, alongside Mary Elizabeth Cerruti Bernardes-de-Oliveira of the University of São Paulo (USP). “Apart from “classically” deposited tree and shrub fossils with branches and leaves, many plants there are preserved with their roots attached, with embedded clay and all.”

While the reason the Crato formation preserves such paleontological wealth remains unknown, Brazilian researchers have developed a hypothesis to explain the phenomenon. According to a July study in Palaios, microbial mats may have been involved in the fossilization of a wide range of organisms. These microorganisms are thought to have played a fundamental role by encapsulating and protecting the integrity of plant and animal remains at the bottom of this paleolake.

Among the fossilized creatures that have been found in Crato are a snake with vestigial limbs, pterosaurs with fossilized head crests, and birds with preserved feathers, as well as insects, crustaceans, fish, and plants. The site offers a unique window through which paleontologists can study the tropical biodiversity of the Early Cretaceous period, between 146 million and 100 million years ago.

“A succession of events needs to occur for an organism to be preserved,” says geologist Lucas Warren of the Institute of Geosciences and Exact Sciences at São Paulo State University (IGCE-UNESP), a coauthor of the paper. “It’s a complex process for which we have formulated a simpler and more parsimonious hypothesis.” To find clues about the fossilization process, Warren and doctoral student Filipe Varejão began studying fossil collections and geological samples taken from the region, and went on field trips to investigate several areas of the Crato Konservat-Lagerstatte, a limestone formation from which most fossils in the region have been unearthed.

During the period in which this type of rock was being formed by sediments, Brazil had not yet completely separated from Africa. What is now the South Atlantic was then only beginning to become flooded, and the Crato Konservat-Lagerstatte was connected to the marine region where pre-salt deposits—the submerged geological formation from which Brazil has begun to extract oil—were then in formation.

The most generic hypothesis for the development of these sediments attributes their origin to purely chemical processes involved in the interaction between rock and water and the atmosphere. This idea, however, is challenged by the existence of other, geologically similar strata that do not share the same level of paleontological wealth. In 2016, Warren and Varejão made an interesting discovery of ancient structures formed by photosynthetic cyanobacterial colonies at the site, and this added a new element to the picture.

Preserved in macroscopic structures called stromatolites, these colonies significantly alter the environment in which they live. “We came to the conclusion that the Crato area was indeed a lacustrine environment: a seaside lake more or less like present-day Shark Bay, in southern Australia, where exposed stromatolites can be seen,” explains Warren. Alongside stromatolite remnants, scientists have found fossilized crustaceans with traces of extracellular polymeric substances (EPS) in the area. “These compounds are gooey, natural polymers secreted by microorganisms and can be preserved and fossilized,” says the researcher.

The presence of cyanobacteria was indicative of two important factors for fossil preservation, according to the study. First, an environment containing these microorganisms is sterile to other life forms, such as animals that could consume these microorganisms by feeding on EPS. Second, the mat of cyanobacteria and other microbes that accumulates at the bottom of a lake acts as an anchor for plant and animal remains, preventing them from being dismembered by the current. Within a few weeks, the remains of living organisms are covered by this bacterial mat. “These remains are encapsulated as if in a sarcophagus,” says Warren. 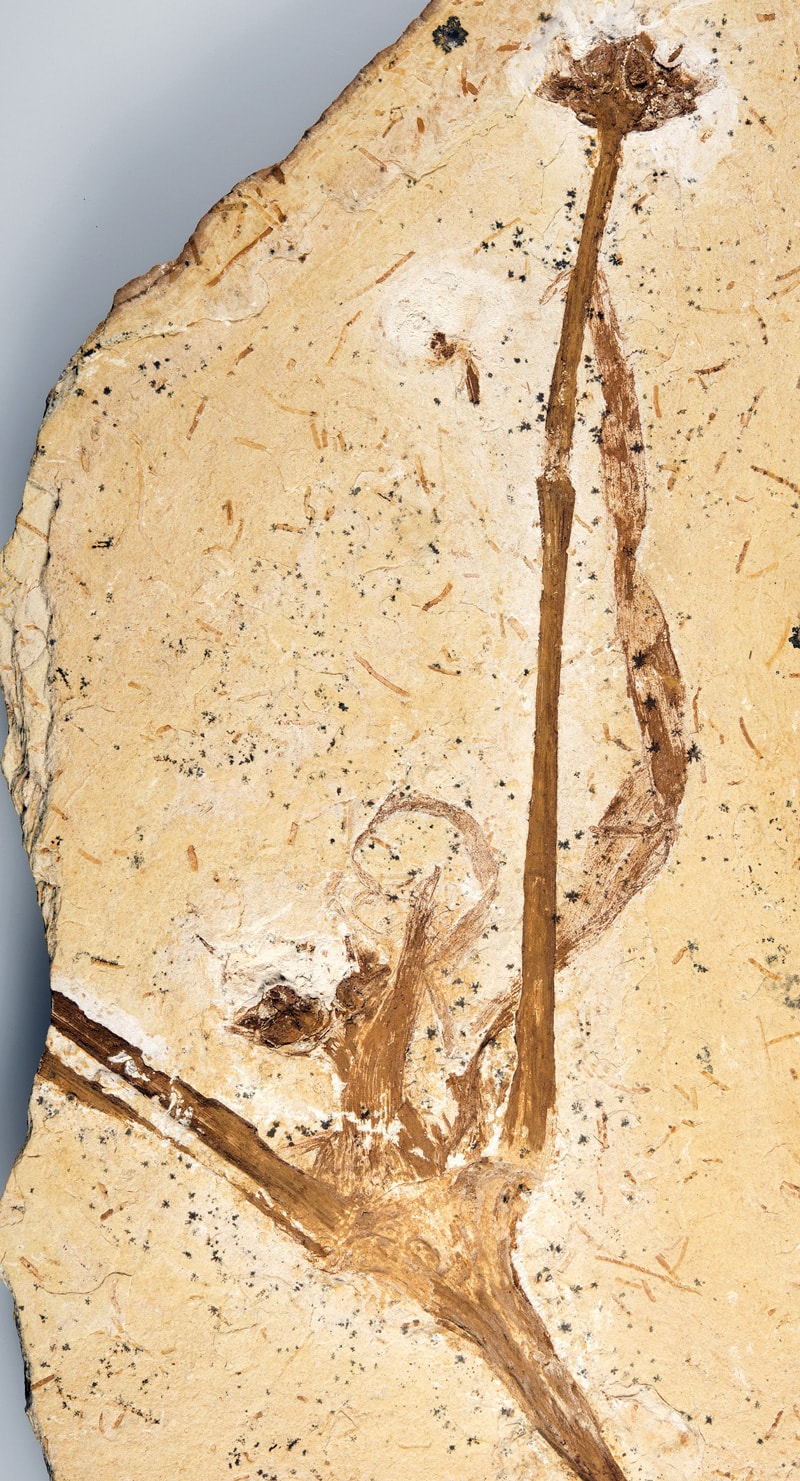 The mechanical stability provided by the microbial mat supports the mineralization processes required to solidify the fossil. In Crato, three different processes are involved: pyritization, or replacement of tissues with iron sulfide; kerogenization, in which organic matter becomes inorganic and insoluble; and phosphatization, in which phosphates take the place of the fibers of dead organisms. The microbial mat is divided into layers. Cyanobacteria occupy the upper stratum. Chemoautotrophic bacteria, which produce energy from inorganic compounds without the need for light, are present in the lower layers. Depending on the level at which a dead organism has been anchored, a different fossilization process occurs.

Because the Crato formation exhibits exceptionally preserved fossils formed by all three processes, it was difficult to devise a single explanation that could account for them all together. The microbial mat model proposed by Varejão, Warren, and collaborators, including Mario Assine, who led the arm of the study at UNESP, attempts to solve the problem without having to resort to complex chemical and geological processes.

The mechanical fixation generated by the microbial mat would be sufficient to explain the occurrence of well-preserved fossil specimens in the Crato formation, such as the 115-million-year-old lily. The newly discovered specimen also fills an important gap in the evolutionary history of monocotyledonous plants—or plants whose seeds have a single cotyledon—suggesting that they probably originated in the tropics.

Understanding the origin of the Crato Formation can also provide clues for geologists to find other sites with similar rocks potentially harboring well-preserved fossils. But time is of the essence. Areas rich in fossils are typically subject to external pressures. In Crato, for example, researchers say the area is already showing signs of depletion. “Quarriers are reporting that they now find fewer fossils than in the past,” says Varejão. “They say they keep the most beautiful specimens, but many are thrown away. The most beautiful fossil to look at not always holds the greatest scientific value.”