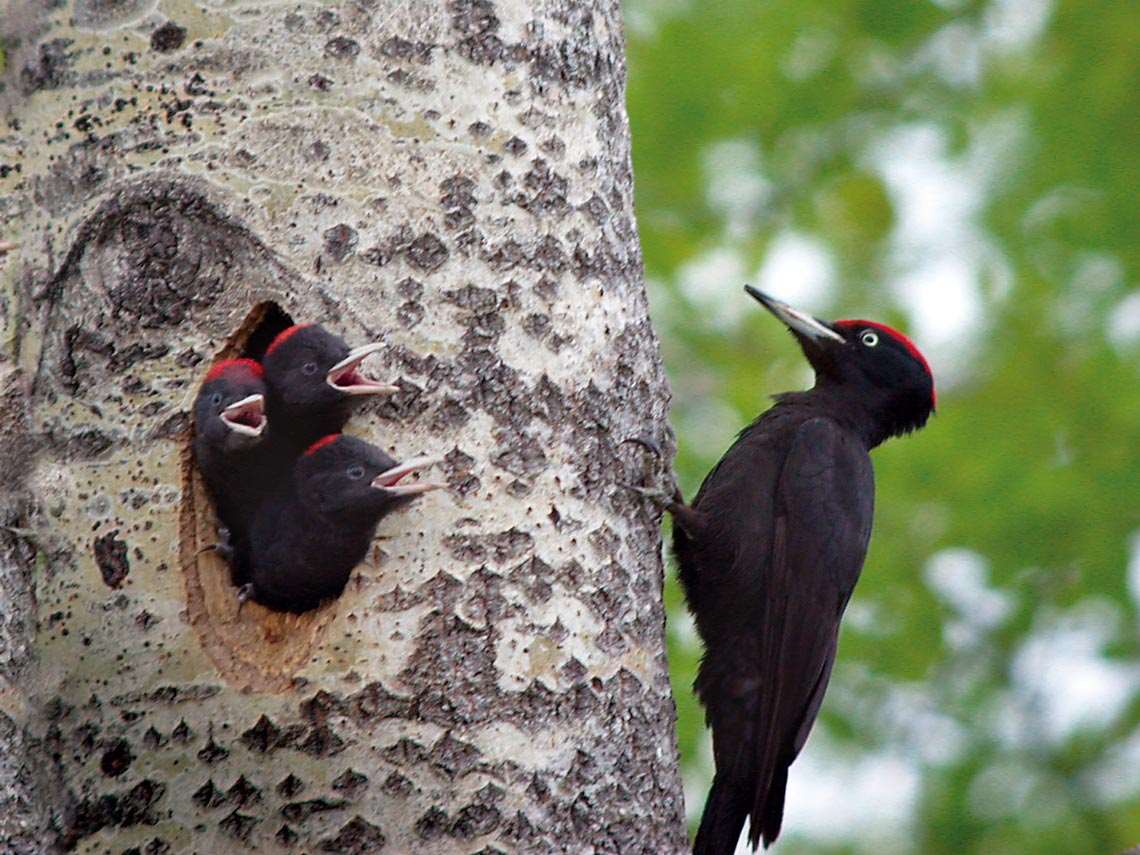 Woodpeckers can peck a tree trunk up to 20 times a second while looking for larvae and insects to eat or preparing a nest. Despite so much impact, these birds do not seem to suffer from brain injuries. How? For half a century, experts have suggested that their long tongues or the spongey bones of their skulls act as shock absorbers. A new study led by Sam Van Wassenbergh of the University of Antwerp in Belgium, however, suggests a different explanation. He and his colleagues tracked the movement of dots on the beaks and heads of three woodpecker species in 109 slow-motion videos. They concluded that on impact, the skull decelerates just as much as the beak—there is no shock absorption, even though the brain suffers a deceleration three times greater than would be needed to cause a concussion in humans (Current Biology, July 14), as it collides with the skull with each peck. As it turns out, it is the size and shape of the skull that prevent internal pressure from rising enough to damage the brain.