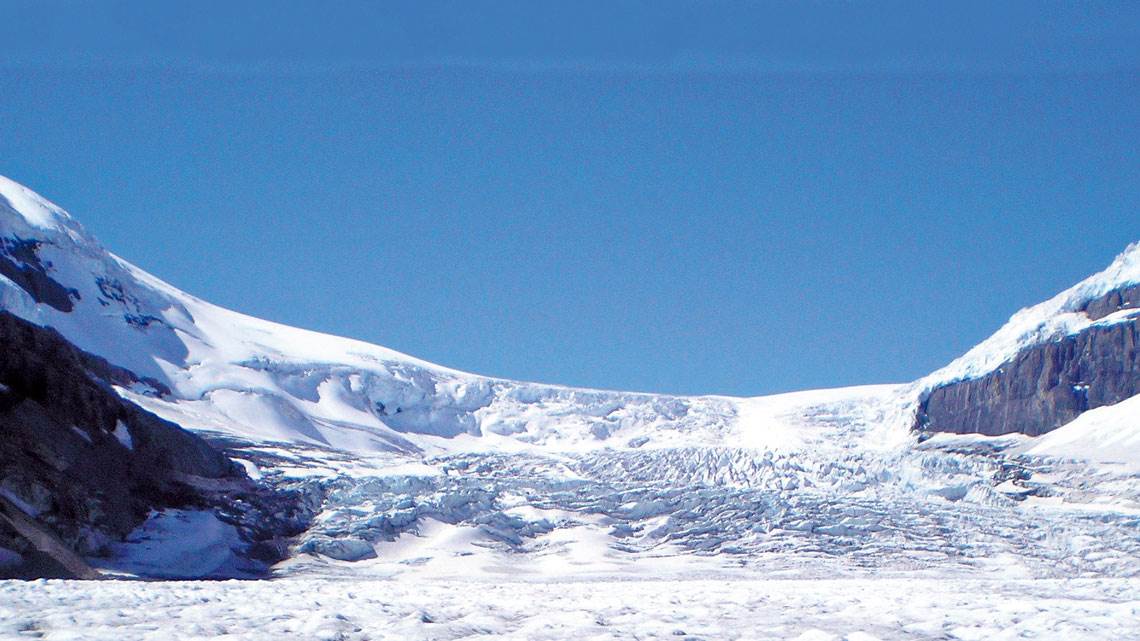 Athabasca Glacier in the Canadian Rockies, analyzed in the study

Glaciers exposed to smoke from fires can melt faster and impact populations who rely on them for their water supply. When soot from the fires settles on the ice, it darkens its surface, reducing the glacier’s ability to reflect sunlight, which makes it melt more. Smoke also impacts the atmospheric conditions on glaciers, resulting in hotter and drier days, according to a study led by John Pomeroy, a hydrologist from the University of Saskatchewan, Canada. The researchers used remote sensing and computer modeling to analyze the melting of the Athabasca Glacier in the Canadian Rockies between 2015 and 2020. Based on annual wildfire activity in the region, they studied the impact that an accumulation of ash and soot has on glacier melting. On sunny days, dark ice melted 10% faster than ice unaffected by the smoke (Earth’s Future, April 6).