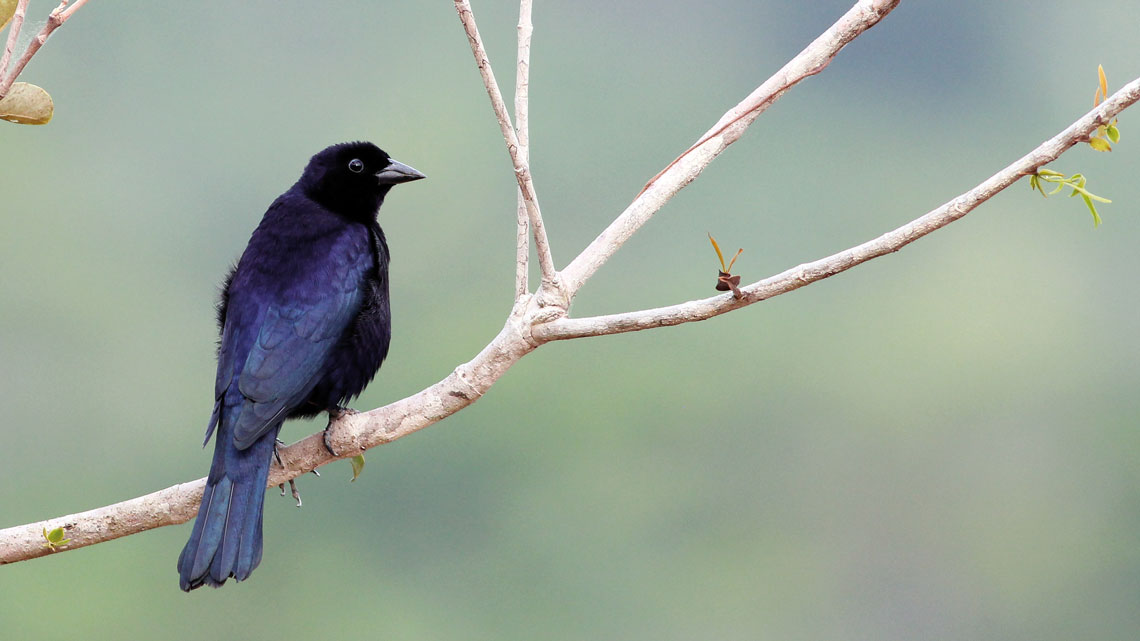 One of the consequences of clearing tropical forests for farms and cattle ranches is that it creates open spaces where bird species not adapted to a dense and closed-canopy habitat can find new territories in which to establish themselves. Fragmented forests and the arrival of invasive species also make the survival of preexisting species more difficult, causing some to die and others to emigrate. These dynamics, which affect the composition of local biodiversity, have been observed in experiments in many parts of the world, including forests in southern Asia, and have now also been well documented in the Brazilian Amazon, in an area approximately 80 kilometers (km) north of Manaus.

According to an Ecology and Evolution paper published in November by researchers from Brazil, the US, and Australia, 139 species that are not part of the original forest avifauna have been recorded on a 1,000 square-kilometer (km2) experimental property known as the Biological Dynamics of Forest Fragments Project (BDFFP). Of these species, 35 colonized and became established in the area, which has been managed since 1979 as a field experiment by the Brazilian Institute for Amazon Research (INPA) and Smithsonian Institution (SI). These new residents comprise about 13% of the current community of permanent residents in the PDBFF area, which has lost 10% of its forest cover over the last four decades—throughout the Amazon, deforestation has reduced forest cover by almost 20%. The data reported in the paper is based on three avian inventories taken on the property in 1986, 1994, and 2017. 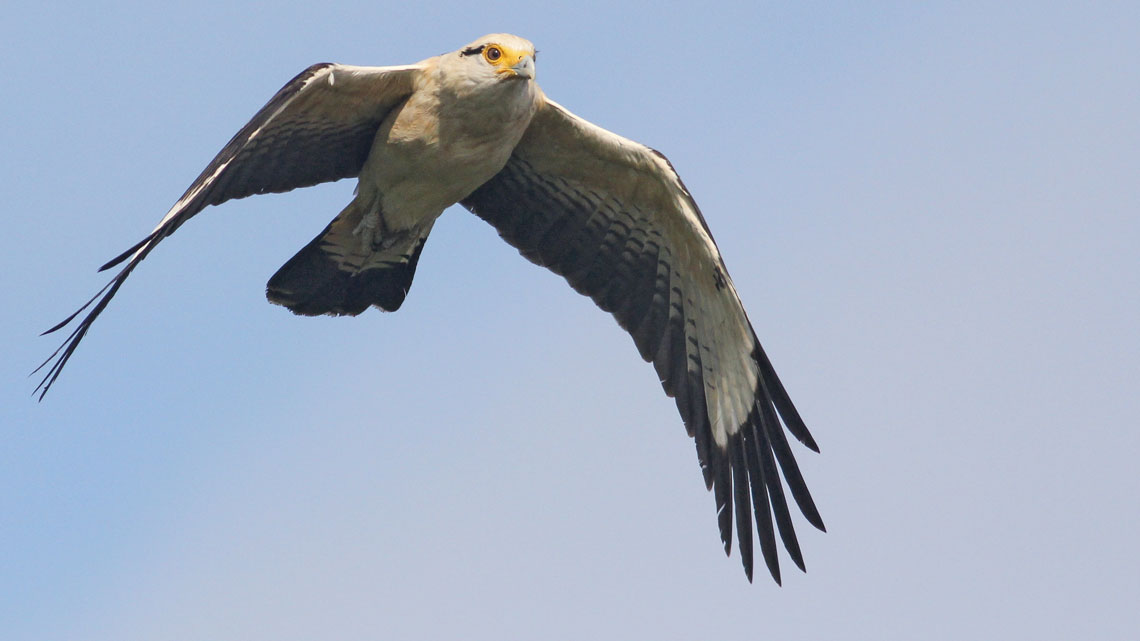 “We found that there are dozens of outside species that almost immediately filled these anthropogenic cracks in the forest,” says ornithologist Cameron Rutt of Louisiana State University, the lead author of the paper. “A disproportionate number of these birds are species that are commonly found in close association with humans. This includes birds regularly encountered in Manaus and species that frequent rural backyards and gardens.” In general, the species found are what biologists refer to as generalists, or species that readily adapt to different environments and diets. The researchers suspect that two roads leading north from Manaus through the property may also have facilitated the arrival of the invasive birds: federal Highway BR-174, better known as the Manaus-Boa Vista Highway, which was opened in the 1970s; and state highway AM-010/ZF-7, a slightly older highway built in the mid-1960s.

None of the species that established themselves in the area managed by the INPA and SI were typically found in native, dense, closed-canopy forest areas. Nearly two-thirds of the species first appeared during the 1980s in secondary forests on the PDBFF property, where vegetation began to grow after farmland was abandoned. The shiny cowbird, a tiny bird species found in forests, farmland, or pastures throughout Brazil, especially in the South, is among the birds that have found a new home in regenerating forests in the BDFFP study area. Open grassland is the second type of habitat on the property that most attracted invasive species. Six alien species colonized this type of landscape, including the yellow-headed caracara (Milvago chimachima), a bird of prey found between Central America and northern Uruguay and Argentina. 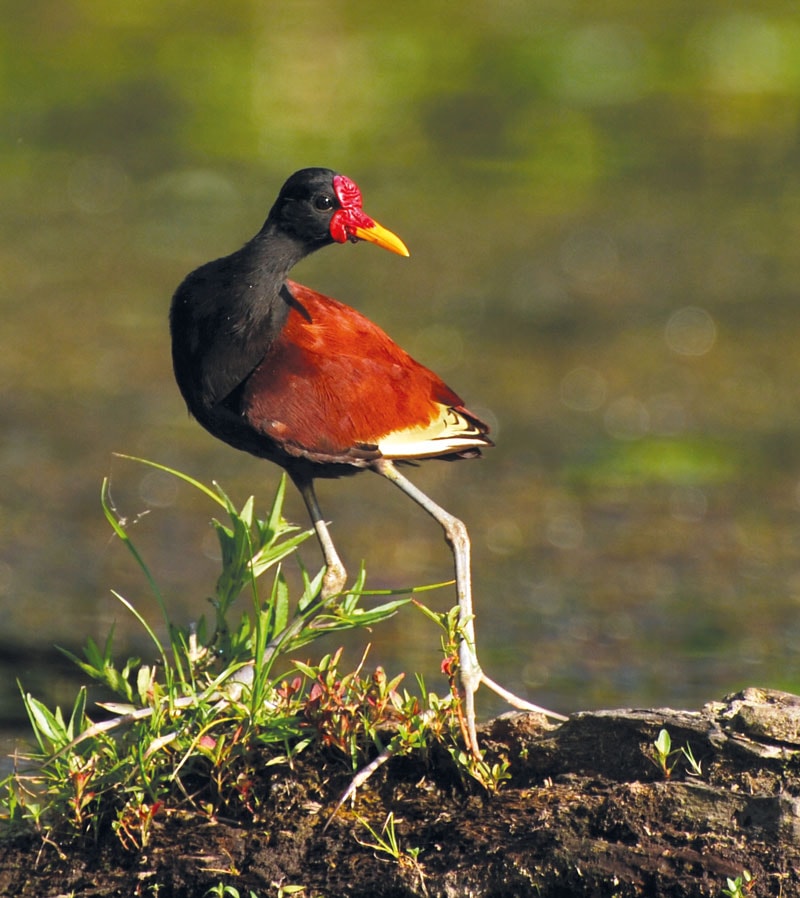 Concurrently with the arrival of outside species, the populations of some bird species historically found on the property began to thin as deforestation advanced, to a point where some are no longer found in the project area. This occurred, for example, with the black-throated antshrike (Frederickena viridis), a 20-centimeter-long bird weighing 70 grams, found in subtropical or tropical moist lowland forests in northern Brazil, the Guiana Shield, Suriname, and Venezuela. In quantitative terms, fewer bird species were lost than were gained. But this apparently good news conceals an underlying concern. “The larger number of species on the property masks the landscape degradation that has occurred,” says Rutt. “The birds that have newly colonized the area occur elsewhere and are not conservation priorities, whereas those that depend on intact forests to survive have become less abundant as a result of deforestation.”

Brazilian biologist Alexandre Aleixo, of the University of Helsinki, in Finland, concurs. The researcher, who formerly curated the ornithological collection at the Emílio Goeldi Museum of Pará, in Belém, says most of the 35 invasive species that became established on the property north of Manaus neither pollinate nor feed on the fruits of large trees native to the Amazon forest, which have a high capacity to remove carbon dioxide—the most important greenhouse gas—from the atmosphere. “These generalist species do not provide the important ecosystem services offered by native species, which are prevented from spreading out as a result of deforestation,” explains Aleixo, who was not involved in the PDBFF study. 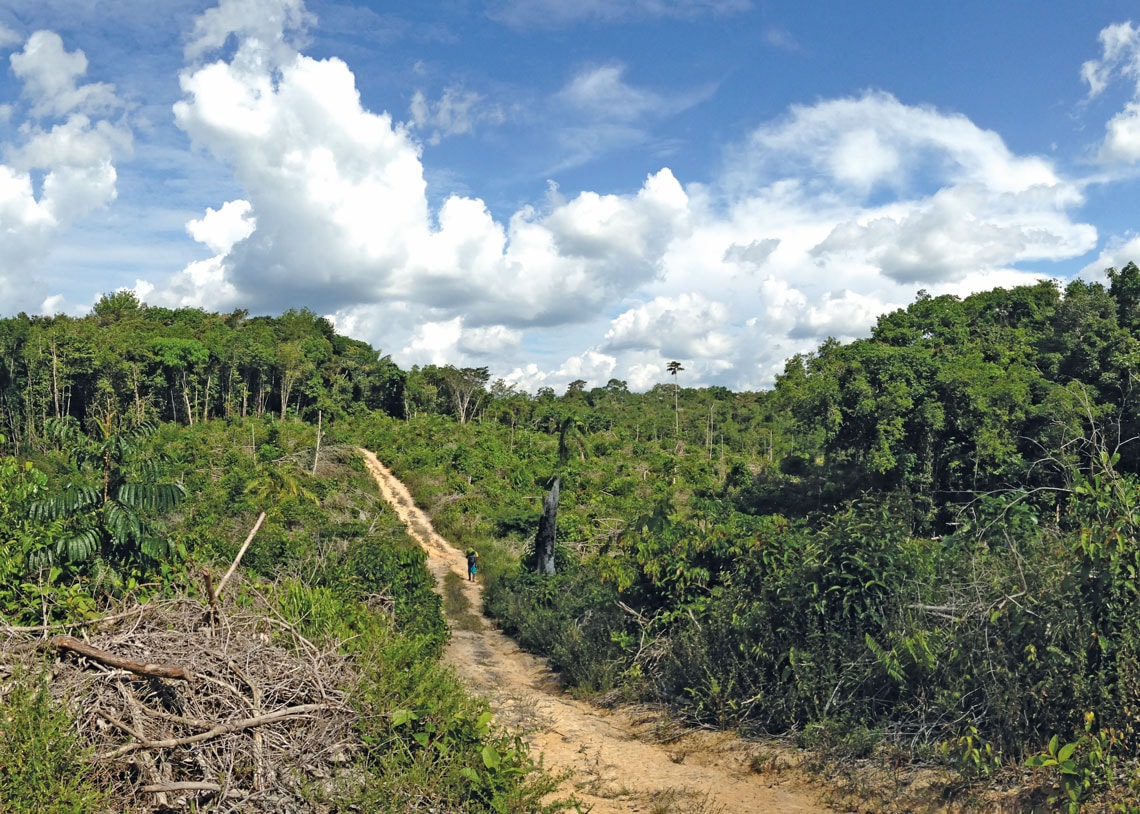 Brazilian biogeographer José Maria Cardoso da Silva, of the University of Miami, says the transformation of biota in the study area reflects the way roads are normally built in Brazil. “If when building a road the dominant vegetation in a forest is kept intact and hunting activities are controlled, the impact of the road on local fauna and flora species should be minimal,” says Silva, who was born in Belém, has previously lectured at universities in the North of Brazil, and while now living in the US, has continued to do research in the Amazon. “If these concerns are not taken into account, a drastic loss of biodiversity will result.”

Despite the impact that diminishing closed-canopy forest cover has had on endemic bird species living in the BDFFP project area, the study by Rutt and colleagues, including ornithologist Mario Cohn-Haft of INPA, also points to avenues that this part of the Amazon could pursue to ensure its biological wealth is preserved. Rutt says that if the forest is able to somehow recover from current disturbances, the radical transformation in local avifauna populations could be reversed, or at least partly. “If that occurs, the generalist invasive species currently found near human-occupied areas will disappear from the property because they will be unable to survive in dense, closed-canopy forests,” explains Rutt. “Over the decades, as forest regeneration and succession occur, much of the location’s long-standing bird community is likely to recolonize the habitat it previously lost.” However, even after decades of regeneration, it is possible that one or other of the species will no longer establish populations within the property boundaries.