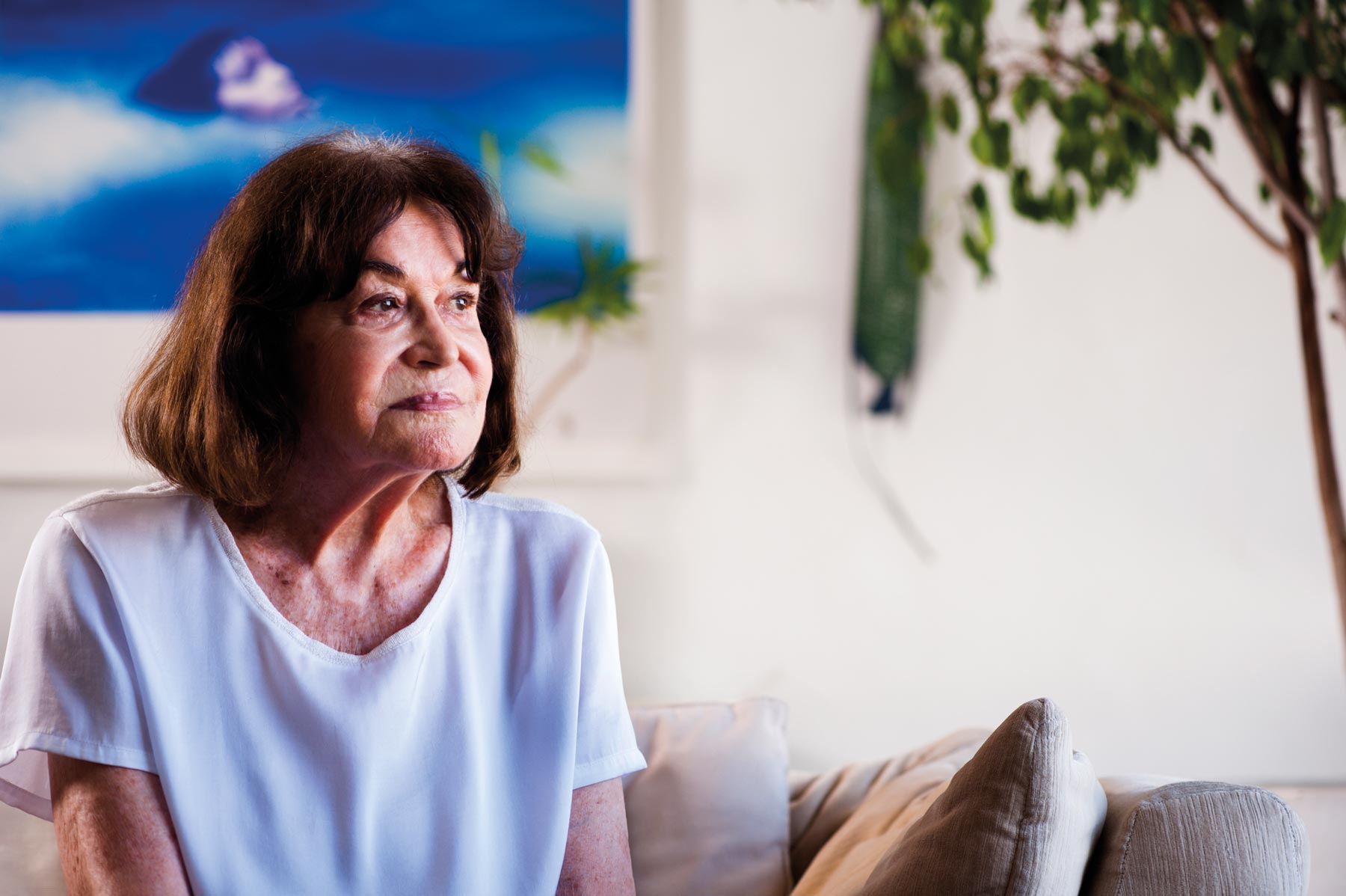 Claudia Andujar in her apartment, in São Paulo. In the background, a photo of a girl in Igarapé

Claudia Andujar had already been living in Brazil for more than two decades when she decided to seek research funding from FAPESP. It was 1976 and the photographer, who had recently become a naturalized Brazilian, wanted to continue documenting the life of the Yanomami, a project that she had begun with scholarship funding from the Guggenheim Foundation. Her first contact with this people had happened five years earlier, when she was on a Catholic mission in the Catrimani river basin, the then-federal territory of Roraima. Upon submitting her proposal titled “Photographic documentation and study of the mythology of the Yanomami indians,” she explained: “The development of indigenous areas is inevitable. For this reason, I am focused on documenting and seeking to understand the indigenous world, respecting their culture and heritage. I believe this is both important and urgent.”

In the month of May, the request of the then-supervisor of the Department of Photography and Teaching at the São Paulo Museum of Art (MASP) was approved, with an initial grant of Cr$58,600.00 (Cruzeiros, the Brazilian currency at the time) for consumable materials (photographic film, audio tapes, paper, and felt pens), equipment maintenance, and the scientific expedition itself. In June, Andujar headed for Boa Vista in a black VW bug called Watupari (urubu spirit) with her travel companion and lay missionary Carlo Zacquini.

After two years dedicated to “an essentially photographic project,” and only seeing the results of her work when she returned to São Paulo and developed her film, in 1974 she decided to test something different. “When I photographed them, I felt that it was always me who put them on paper,” she recalls. “At one point, I wanted them to begin to depict themselves. And then I had the idea of the drawings.” Through the “collection of material around the traditions and myths, translation of data, myths, and continuation of material collection through the drawings made by the indians themselves,” Andujar was able to secure FAPESP funding.

More than four decades after completing the project, some of the results of these efforts can be seen at the Moreira Salles Institute in São Paulo. The exhibition, called Claudia Andujar: The fight of the Yanomami and curated by Thyago Nogueira, is open until April 7 and brings together 300 works—among them close to three dozen of the drawings made by the Yanomami, who before this project did not know anything about this representation technique involving paper and pen or pencil. “They had never done this before and I was surprised with how easily they were able to draw,” she says, remembering that only the adults participated in the project. “They are recordings, on paper, made with their hands and their imaginations.” 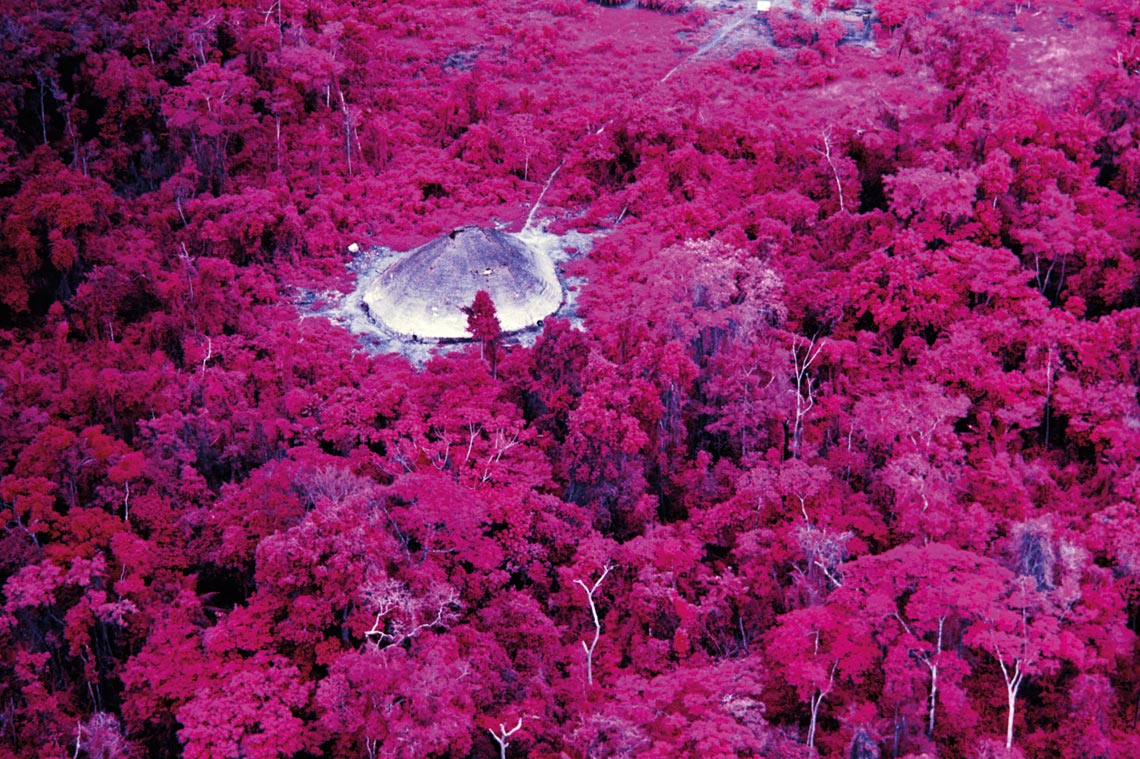 Discovering Brazil
Named Claudine Haas at birth, the photographer from Neuchâtel was born in the region of Transylvania in Romania, the home of her paternal family, who was of Jewish origin and killed in the concentration camps in Auschwitz and Dachau. During World War II, she and her mother fled to Switzerland. Before landing in Santos, in 1955, she lived in New York, United States. It was there that she took the name Claudia and later the last name Andujar—taken from her college friend from Spain, Julio Andujar with whom she was briefly married. Soon after arriving in the country, and learning of her desire to know “Brazil and its people,” Andujar was given advice that would change her life by anthropologist Darcy Ribeiro (1922–1997), who would later become her friend. “She told me: ‘If you are so interested in the Brazilian people, why not go visit an indigenous population?’ And she suggested that I visit a Karajá community,” she says. In the same year, she arrived on the island of Bananal, on the Araguaia River. She never stopped working on this subject, which earned her an international reputation and works in the collections of institutions, such as the Modern Museum of Art in New York (MoMA).

While registering the daily lives of the Yanomami, Andujar witnessed the beginning of the construction of the Perimetral Norte (BR-210) highway, the arrival of diseases that decimated dozens of communities, the adoption of the Indian Statute—which in 1973 wanted them “integrated” into society—the arrival of prospectors and mining companies on their lands, in search of gold, uranium, and cassiterite, as well as the pollution of the rivers. “I saw entire villages disappear. Many people died,” she reports, also a survivor of malaria. “There were between three and five incidents of the disease,” she estimates. In order to protect the Yanomami people and the environment, in 1978, a year after being removed from the indigenous lands by the military government, she decided to cofound, along with Zacquini and anthropologist Bruce Albert, the Commission for the Creation of the Yanomami Park (CCPY). The organization, managed by Andujar for 22 years, was fundamental for the solid demarcation of 9,419,108 hectares, on the eve of Rio-92, the United Nations Conference on Environment and Development. 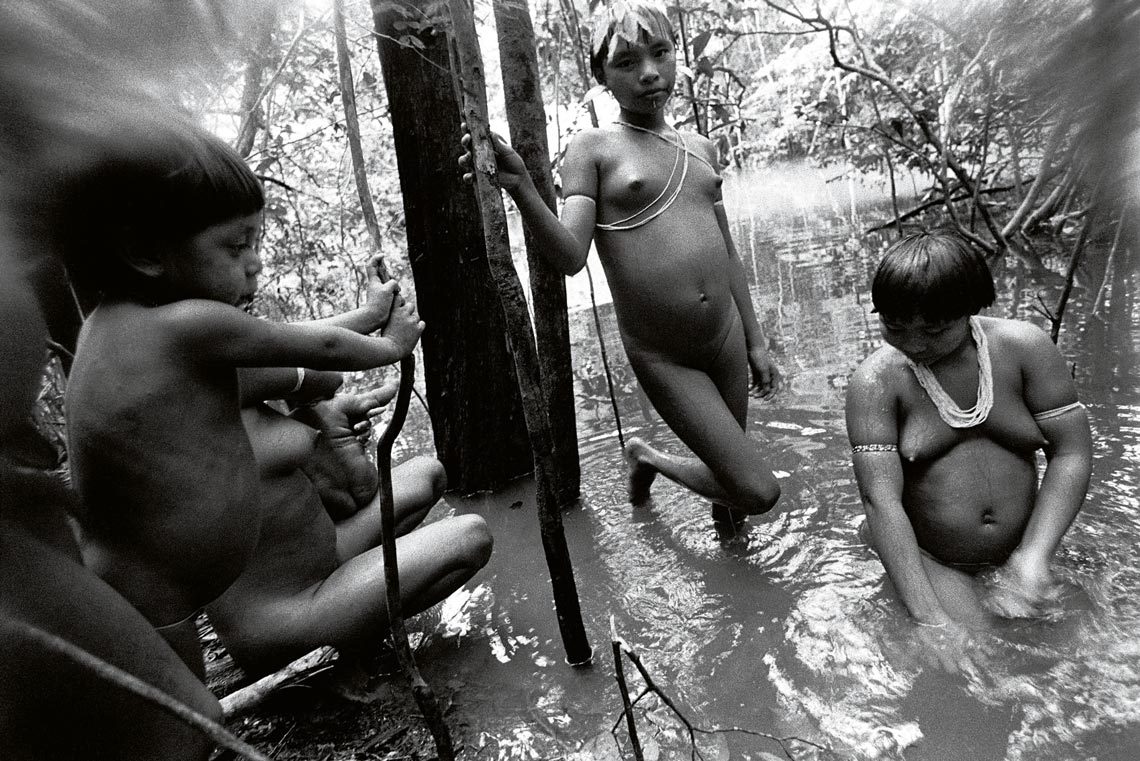 Having lived for decades with anthropologists, at 87 years of age, Andujar recognizes in her own professional career the dialogue with this area of knowledge, which is as yet not academic. “Photography is the process of discovering the other and, through the other, oneself. It has always been important for me to understand the culture of indigenous peoples. For this reason, I dedicated myself to study them, but my work is very intuitive,” she summarizes. According to Davi Kopenawa, leader of the Yanomami, Andujar “wore the clothes of the indian” and, through photography, taught his people to fight. “She gave me the bow and arrow to speak with words. There is no other woman in Brazil who is more courageous than she.”