The Midwest and South regions had the lowest rates of young people who neither studied nor worked, while the Northeast had the highest.
The most populous states (SP, MG, RJ) had levels similar to the national average (30%). 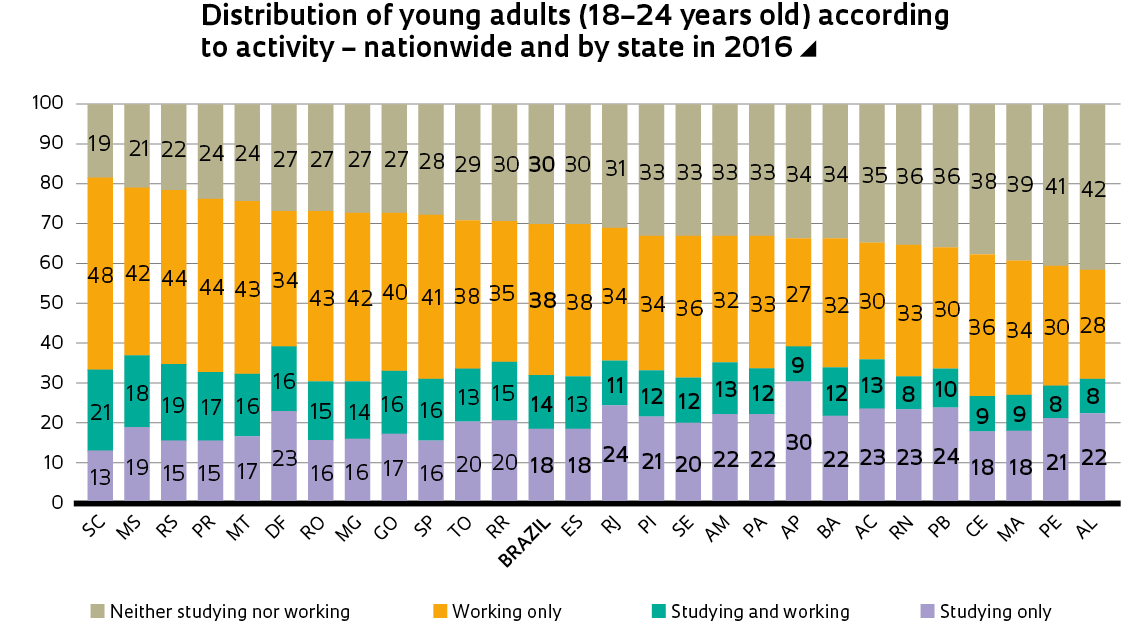 White males had the lowest percentage of young adults who neither studied nor worked (20%), while black and mixed-race women had the highest (42%). White women represented the largest proportion of the total number of students (39%), of which 22% studied but did not work. Black and mixed-race men represented the highest proportion of young adults who only work (47%), and the lowest of those that study (28%). 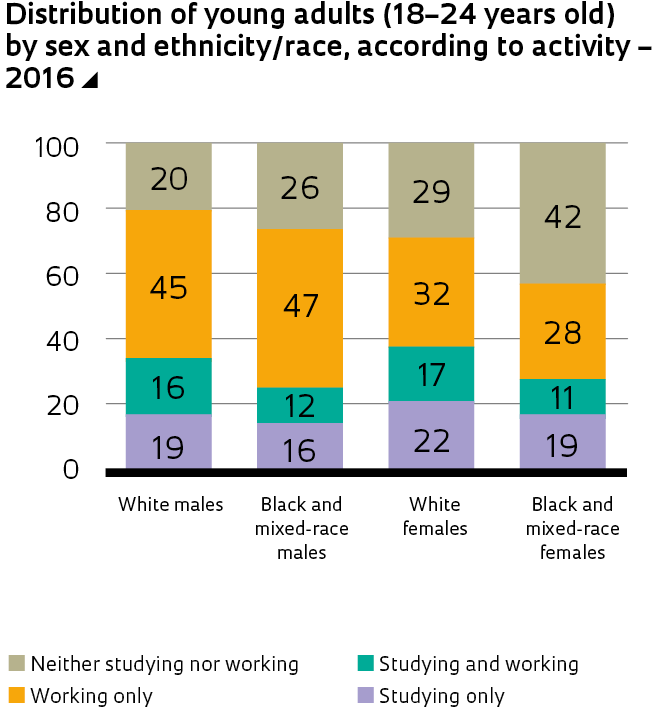 The proportion of young adults who study in Brazil (32%) is well below the average of the Organization for Economic Cooperation and Development (OECD) countries, which stood at 53%, and the proportion of those who neither study nor work was significantly higher (30% vs. 15%).